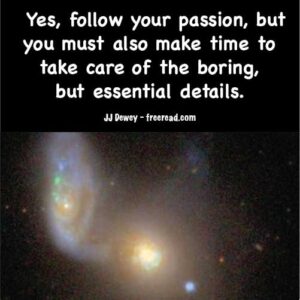 Question: How do you know that Jesus was not happy chasing the moneychangers out of the temple?

JJ: I am surprised anyone disagreed with me on this one. I would think one would have to have a warped outlook to think that anyone could be happy when he has to give out a punishment.

Is a parent happy when he has to punish his child and hear the child cry and curse him as the result?

Is a judge happy when he has to sends a criminal to prison for 20 years?

Did Jesus have a big grin of glee on his face as he was whipping the hell out of those reprobates in the temple? You can just see it now. There’s Jesus with his whip striking a merchant selling pigeons on the back placing a big whelp on him and he lets out a big laugh saying to himself, “God, I’m having fun here.”

Was Jesus happy in the garden when he was in pain near unto death and sweating blood in pain asking God to release him (if possible) from his job?”

I don’t think it takes psychic ability to conclude that many of us, including Jesus, do not experience happiness when in the act of doing certain distasteful jobs that have to be done.

Now, if we do the right thing, even though it is distasteful, we can later experience happiness when we review the situation as a whole and see that our works have created a positive result.

JJ: I don’t recall saying this was impossible. Menial work shouldn’t affect one’s peace. When I was a young fruit picker, I was more at peace having a job and picking fruit than I was not having a job and being broke. I also didn’t experience negativity in the orthodox sense. I was happy to have a job. I just didn’t enjoy the work. I wouldn’t classify a lack of enjoyment of boring or hard work to be a negative thing, it is just something that is on a physical level. I think I handled it as positive as any of the fruit pickers I knew.

Question: However difficult surely It is our reaction and choice and our decision about how we feel about what we are doing, and about what needs to be done. How can our decision of the highest choice that we know be something we are not happy about?

JJ: When you remodel your house and strike your thumb with a hammer during the work, was this a result of a direct decision? No. You never made a decision to hit your thumb. Did you decide your thumb was going to hurt?

Are you happy when the job is done despite the pain in your thumb and other difficulties you did not enjoy?

Yes, once it is over the positive feelings of accomplishment and enjoyment come. That does not mean you had fun doing the work that made it happen.

When you are doing boring hard work is it difficult because you decided so?

No. It just is difficult and boring.

You can make the best of unenjoyable work, which I have always done, but that doesn’t mean the work itself is enjoyable.

I’ve done some boring work that has left my mind free and I was happy that I was able with withdraw within myself and use my creative imagination. Much worse was difficult work that took my full attention so my whole focus was forced upon work I did not enjoy.

It’s funny to see the difference of opinion when people here are talking about the theory of joyousness in all situations but in real life it is different. I worked with hundreds of people who have done menial work and they all have thought the same way about it as I did. Never have I met someone who is actually doing unskilled monotonous work say something like (or even indicate) “I am really getting enjoyment out of this work.” Instead, they are universally happy to be done for the day and then have the freedom to go do something they enjoy.

I think if someone disagrees with me here they ought to be able to cite an example of work they have done comparable to picking fruit 8-12 hours a day and then tell us how much joy they got from such work.

Question: Is it a warped outlook to consider the possibility of an entity empowered to be at peace in every circumstance and always happy about everything?

JJ: Picking fruit didn’t prevent me from being happy. It merely was a not a source of happiness. I am yet to meet a fruit picker who will tell me that he derives happiness from long hours of picking fruit itself.

Comment: If you are talking about suffering, then the question is how do you deal with suffering, and is it possible to conquer it.

JJ: Of course. All things are possible. After you are finished with a period of suffering or doing a distasteful job you merely ask yourself how you can progress away from it so you no longer will have to do it. I have moved on so I no longer have to pick fruit, except for maybe a few minutes at a time when I want some for myself or family and that does not produce drudgery. As far as physical pain itself goes that can be transcended by an advanced soul.

Question: So most suffer doing menial work. but do you have to suffer? Is it escapable….you gave me the impression you think it is not possible to escape the suffering.

JJ: Suffering is not a very accurate word for doing most menial work. Boredom is not usually equated with suffering but just something that delays the joy of doing fun things. As I said, can you give me an example of work you have done 8-12 hours a day comparable to picking fruit or working in the fields that was a source of joy for you?

I think a step toward truth is to admit that we are all human and reality must be dealt with as we move onward.

A Reader Responds: Remember that doing medial work allows the mind the freedom to explore other things mentally. This is not suffering. In fact, it is quite liberating. being not stressful nor loaded with responsibility.

The more skilled one becomes, the more stress and responsibility one takes on. This is a plain fact of life. As a child I worked 10 hours per day, six days per week, at 25 cents per hour, pulling weeds on a farm. I enjoyed the fresh air and sunlight. I did not suffer. The best years of my life were times of study and growth, 24/7 , and I loved it. No suffering there.

JJ: Well, here comes the first person I have encountered saying weeding 10 hours a day in the sun was enjoyable. I wonder if you said this when you were actually doing the work. I have never encountered such a worker. Sometimes time will make a bad relationship seem good and a boring job seem not so bad. I don’t understand the relation to study and growth though. Did you read as you were weeding?

If it was that enjoyable you could go do it right now. I’m sure there are many neighbors who would like to have their gardens weeded.

Getting sun for a few hours is fine, but I have worked in the sun for ten or more hours and it is overkill and not that healthy. Sometimes I felt like I was in the Twilight Zone at the end of the day because of so much sun.

I am getting fresh air right now inside next to my computer. We have an air purifier and the air inside is cleaner than the air outside.

You must be as old as me. I also started out at 25 cents an hour. I have also weeded 8-12 hours a day in the sun and it is quite different from picking fruit. If you are getting paid by the hour you have more time to relax and daydream and be creative inside. This does not mean the weeding was enjoyable, but it means you found something enjoyable to do with your remaining consciousness despite your job.

Picking fruit is entirely different. You get paid by the pound and the more you pick the more you make. I was a fast picker and usually made about $2.00 an hour (good money in the Sixties), but could only accomplish this by putting full attention on the monotonous work. There was little time for daydreaming. The air was not fresh because I was always inhaling the poison from the sprayed trees. I had to get up at four in the morning, which was difficult because I am not an early morning person. We began work just before the sun came up and it was cold with the leaves of the trees dripping cold moisture on us. Then a couple hours later we were vexed with the opposite which was intense heat. In addition, we had an orchard boss named Viola that was always coming by and giving me a bad time for one thing or another.

It was not fun work, but I had fun spending the money I made. Everything in life is a tradeoff.

To say that all work or experience brings equal joy or is continually joyful is illusion in my book. When I have had a boring job, I just made the best of it. I wouldn’t say that I suffered, but it was boring and I did look forward to the work day being over so I could do things that I really did enjoy.

My advice to all is to make the best of undesirable situations and work toward being in charge of your life so you can spend your time with enjoyable labors and activities.