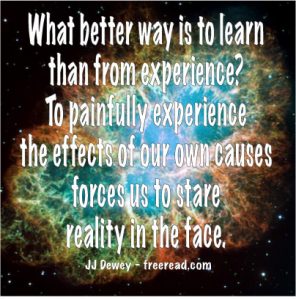 On September 11th, 2001 the United States was hit with a devastating attack by terrorists. How do we respond for the best overall results?

Some pacifists are saying that we should only send light and love or that the power of showing forth good will and doing good deeds will change the hearts of the terrorists.

But what does history tell us here? Is there any example in history of changing the hearts of those bent on destroying you by laying down arms and just being nice?

I can’t think of one – not unless you count nations who yielded to the perverse demands of a ruthless conqueror and then became as one of them.

On an individual level let us look at the perhaps the nicest guy in history – Jesus. He posed no real threat to anyone and was nice to all and they gleefully crucified him.

The early Christians were very nice to the Romans yet they were also butchered by the thousands.

Now let us look at three pacifists examples in history.

(1) Around the turn of the first millennium the most peace loving nation on the earth was India yet they were overrun by conquering Moslems and looted and butchered by the hundreds of thousands setting back their civilization 500 years or more. They were not prepared to defend themselves and the suffered they endured defies description. (2) The Aztecs. Cortez and a couple dozen men arrived on the shores of the ancient Aztec civilization. They were hosted by Montezuma whose graciousness and peaceful overtures to the visitors would have made any pacifists proud The Spanish cheapskates gave the Indians trinkets worth pennies and Montezuma and his people gave them gifts of gold worth many thousands.

Montezuma ordered his people to not harm the guests, but to show them every courtesy. Cortez, on the other hand, ordered his men to keep an eye out as to how they may take advantage of the people, overcome them and steal from their riches.

It is an amazing story to read about how a handful of ruthless explorers overcame an emperor with thousands of subjects at his disposal by taking advantage of his generosity and unwillingness to protect himself and his people. Montezuma was certainly not “fear based” as some would say, but little good it did him. He was stoned to death by his own people for letting this disaster happen.

This misguided peace offering by Montezuma did more than hurt his own people. In addition it sent a signal to the whole Spanish empire and the rest of Europe that the natives were a bunch of dumb savages with lots of gold just waiting there for easy conquest. After all Cortez had conquered an empire with a couple dozen men. Imagine what a couple thousand could do.

The Spanish proceeded to boldly overwhelm the Aztecs, Incas and other native tribes until all their valuables were stolen and millions of their people were either killed or turned into slaves.

Can we in this age visit Aztec and Inca tribes? Unfortunately not. They no longer even exist.

Perhaps Montezuma’s advisors told him not to do any harm to Cortez and his men, for it would just make the Spanish mad and then others will return for revenge.

The truth is that it didn’t matter what he did, the results could not have been worse for his people.

Cortez was a representative of the Dark Brotherhood and such people are not appeased by good will. They will carry out their selfish will no matter what you do to them in return.

On hindsight Montezuma’s best choice was to keep a close watch on Cortez and his men, and as soon as he showed signs of aggressiveness he should have subdued him by any means necessary. If he had done this then the Spanish would have been much more cautious about encroaching on native territories. They would also have not learned about Aztec gold and the desire to conquer would have not been as great.

(3) World War I was called “the war to end all wars.” After the war ended there were a lot of people who thought this was the last major war civilization would have to fight and that a new era of peace was just around the corner. A great peace movement began to flourish and soon began to have great impact. The United States, Great Britain and much of Europe began to disarm and many pacifists were elected to office.

In the midst of this era of good will and defenselessness there appeared another representative of the Dark Brotherhood who took full advantage of the situation, just as Cortez did with the Aztecs.

As Hitler armed Germany to the hilt, the other nations refused to see the signs, continued to disarm and felt that Hitler could be appeased by being nice to him. The British Prime Minister Neville Chamberlain gave Hitler everything he wanted. He even gave him a whole country (Czechoslovakia) to show him we wanted peace. Chamberlain returned from these disgraceful concessions as was heralded as a hero at home for bringing “peace in our time.”

Well one country as a gift for Hitler was not enough so he decided to take Poland next. As it turned out the time of peace only lasted a few weeks. Hitler smelled weakness for the dark forces are drawn to weakness like air is sucked into a vacuum.

If the avoiding of making the bad dudes mad, peace offerings and refusal to take up arms will not bring peace on earth, then what will?

Does the evil have to be defeated in this age just as it was during the Second World War?

Sometimes there is no other way. DK said this about dealing with Hitler’s aggression.

“Humanity having decided to fight out the battle physically, there was nothing left to do but issue a challenge to the men and women of goodwill to take their stand on the side of such action as would release humanity through the destruction of the evil forces. These had determined to prove that might was right. Therefore, the forces fighting for progress and civilisation had to meet force with force.” Externalization of the Hierarchy, Page 178