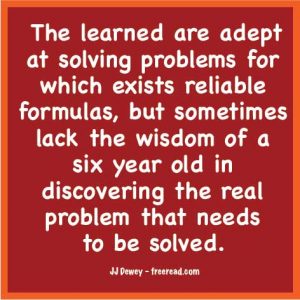 The only way to see the true dark conspiracy correctly is to look at its workings as a whole as it manifests collectively through all organizations of the earth which seek to limit freedom.

The terrorists and the mob are two conspicuous physical manifestations which are under their influence.

Many other organizations are thought to be much higher ringleaders of the conspiracy than these, but many of these accusations are misguided. Here are signs to look for if you wish to identify an organization controlled by dark forces.

They will, without exception, attempt to kill those who betray them or attempt to expose their plans or leaders to the world.

As you can see, both the mob and the terrorists fit this description.

A second sign is that many of their plans and goals are closely held secrets.

A third sign is that they are willing to destroy anyone who gets in their way of their desires which center on selfishness. Destroying, women, children and innocent people pose no problem. Even destroying their own country and their own people would not stop them.

A fourth sign is that its members are controlled through fear.

If the avoiding of making the bad dudes angry, peace offerings and refusal to take up arms will not bring peace on earth, then what will? The answer in a nutshell is timing.

Question: Does the evil have to be defeated in this age just as it was during the Second World War?

We have history repeating itself in some form in every cycle. We must examine what has actually worked in dealing with tyranny in history and not neglect the lessons learned, or else the old saying about the lessons not learned in history will be repeated.

There does not have to be an apocalyptic World War as many fear. There can indeed can be if we throw up our hands and turn all responsibility over to God and take none upon ourselves for our destinies.

If we take advantage of the opportunities presented in this current disaster as well as others to come and turn lemon into lemonade we can pass through this point of tension, which shall last about thirty years, with civilization intact, so a foundation can be laid for the Age of Aquarius in its positive aspect.

Question: Why is Gandhi not an example of pacifism prevailing over dark forces?

You cannot take the peaceful protests of Gandhi, Martin Luther King and others and claim they will apply to all situations.

These two great souls would have been tortured to death under the old Roman Empire and swiftly put to death if they were dealing with any Nazi type of government.

Many pacifists do not realize that they are only able to oppose a government and live to tell the tale when some of the light of the soul and value for human life exists there.

Do we see any pacifists going to North Korea or Afghanistan and throwing themselves in front of a truck expecting it to stop? Of course not. They know they can get away with it in the democratic countries because of the value placed on human life.

It’s a little like the principle illustrated in the movies where the bad guy puts a knife at the woman’s throat and commands the good guy to put down his weapon. The good guy does this to save the woman. On the other hand, if this threat were used against another bad guy who did not value human life then such threat would be meaningless.

Holding those who have the light of the soul hostage for peace is not the way to peace or any other state of progression.

The Age of Aquarius is governed by mind and wisdom must be sought as a way to create change. Appealing to the common sense of the mind and the wisdom of the heart is the true method of progress in this coming age.

Holding those who are sensitive enough to respect life as hostages to attain the goals is a method inspired by the workers of darkness.

On the other hand, holding a peaceful protest, as did Martin Luther King, for a just cause without using these dubious tactics can be profitable.

Question: Upon whom does the power of good will have an effect?

When we are dealing with those who are beyond the influence of the soul, in that they have no qualms about putting those to death who oppose them, the only thing to do in this case is to defeat them and remove them of their power to harm. The door to evil must be “sealed” as the Great Invocation states.

On the other hand, good will has a powerful effect on all those who are not under the direct control of such people and this should be used much more than it is now and is a key ingredient in bringing permanent peace on earth.

A second sign (of dark conspiracies) is that many of their plans and goals are closely held secrets.

Would this mean that any country with a secret service in alignment with the Dark Brotherhood?

I gave four signs to look for. One must look at these as a whole. Singling out isolated black and white pockets never leads to full vision.

It is obvious that every individual, every group and every nation has its secrets, as well as the Masters and God Itself. This does not alone imply alignment with dark forces.

I was referring to plans reflecting motive and intention. Looking at the free nations as a whole their motive is out in the open and it is basically this. They want to increase the standard of living of the world, to enhance the quality of all life on the planet, to expand the democratic process (however imperfectly they see it), to eliminate poverty, and to live and let live.

The live and let live motive is only changed when other forces surface to forcefully prevent the freedom of a nation or group to peacefully pursue life, liberty and the pursuit of happiness.

Of course, you can point out pockets within the free nations that follow dark methods, but we are looking at wholeness here. Even Jesus himself had some bad bacteria in his body, but to judge the whole from a part is illusion.

On the other hand, the true dark conspirators mask their intentions with secrecy. Hitler always claimed he wanted peace while it is now known that he was planning war all along. He stated that he was not a threat to Poland shortly before he invaded it. Time after time he refused to reveal his intentions whereas the intentions of Britain, France and the United States were out in the open.

This same principle applies with the Mob. When is the last time you have seen their mission statement published for all to read?

Even so with the terrorists. They claim to be fighting in the name of Allah and Mohammed, yet their motive are completely out of alignment with the Koran and mainstream Muslim interpretation.

They strike the Twin Towers and the Pentagon after years of masking their motive while living among us.

When the United States responded to the 9/11 attack they gave clear warning and revealed their intentions. In addition to this they are dropping millions of dollars worth of food and supplies to refugees of the innocent people who may be affected.

Did we see the terrorists reaching out in friendship giving aid to the thousands of victims of 9/11? No they were rejoicing in their pain.

If one cannot see some differentiation between light and dark here it is an amazing thing.

A third sign is that they are willing to destroy anyone who gets in their way of their desires which center on selfishness. Destroying, women, children and innocent people pose no problem. Even destroying their own country and their own people would not stop them.

Some think that all nations are equally guilty of this. This is simply not true and there is no evidence to back up such an assumption though it is true that all nations have their flaws. This idea also runs contrary to all teachings released by the Brotherhood of Light and inspired scriptures of the entire planet.

Let me give two examples where the dark ones have attempted this destruction I mentioned. During World War II Hitler destroyed 6,000,000 Jewish citizens of his own country. Near the last days of the war he was so disgusted with his own soldiers that he ordered them to be killed. Fortunately for them this order was not carried out.

When Saddam Hussein saw that he lost the Gulf War he lit up all his oil fields even though most scientists warned that it would destroy his own country (and others) with a nuclear winter. Fortunately they were wrong.

None of the nations of the free world have done anything like these two examples. Sure you can go back hundreds or thousands of years and find atrocities, but in the current civilization the difference between light and dark among the nations and peoples of the earth is becoming pronounced and highly visible. It is only at our peril that we close our eyes to it.

Another sign is that its members are controlled through fear.

To this statement some insinuate we must be terrorists because the catastrophe of 911 caused fear in the hearts of some.

To compare the fear of the victims of 9/11 to the fear instilled by an organization which kills you if it is crossed or disobeyed is ludicrous.

The death of a pacifist or dissident for just speaking his mind is very rare in the democratic nations, whereas there is often wholesale killing and imprisonment in totalitarian regimes.

Indeed, there is significance difference between the nations and how they enforce their ideology. Just as individuals are not the same, neither are the nations.