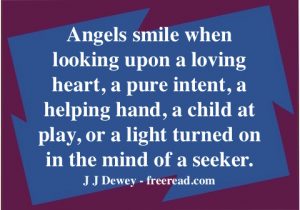 A member writes this: “You have been reading my mind I have been wanting to reply to this all day, but time was not cooperating. I have been wanting to write a mantra for the Avatar of Synthesis for>few days now but couldn’t find the wording I liked. I wanted to use the same verse from the Great Invocation to start it. I find it interesting that you did the same. I don’t think mine would have the same impact though.

I really like how you emphasized on increasing our will. Also guiding will with purpose and harmonizing the avatars purpose with our purpose. There is also some goals to achieve. To have the Avatar of Synthesis manifest with in our group (that includes the lurkers too) and another goal at the end, “let purpose manifest Christ on Earth.” That is wonderful. This is truly inspired work. Short easy, with purpose and power nothing less than perfect. Thank You.”

JJ: Thank you for your kind words. You have illustrated the Oneness Principle at work for you were thinking along the same lines even to the point of beginning with the same line. This is not a coincidence.

A reader asks: Could we say that another word for “synthesis” is “gathering”, as in “gathering all things into one”?

JJ: The two meanings are very close. The gathering is a very synthetic work, but full synthesis takes it a step further. After the diverse people are gathered the principle of synthesis harmonizes them into a working whole.

In the beginning of America many people were gathered, but it took the Founding Fathers and the Constitution to synthesize them into one united group.

Comment: I loved the invocation about the Avatar of Synthesis. Looks like each part of the Triad of Light, Love, and Power has its own sub-triad. In this case: Will, Power, and Purpose.

JJ: Actually the Avatar of Synthesis is on Ray One which is the Power Ray. It’s sub aspects are Will Power and Purpose.

To say: “Let Will and Power and Purpose manifest the Christ on earth.” Is to say (among other things)”Let the way be cleared for the Avatar of Synthesis to do his part in finishing preparations for the return of Christ.”

Question: If we died and came back in reincarnation we would not remember any your teachings, or that of anyone else. How will we relearn the teachings? How will we evolve?

JJ: This is why I put emphasis on principles. If one merely memorizes facts and data this will generally be lost when one is reborn. But even here they are not completely lost, but foment below the surface.

But if one learns a principle and understands it then he learns in the language of the soul. Because the soul never sleeps or dies the principle is not lost but can be retrieved at will in any lifetime after it is registered by the seeker.

If one spends his life following a doctrine and studies all his life, but does not reflect on the underlying principles he will gain little except the discipline involved in the study.

But if one reflects and sees the principles behind that which is given then he will have a great advantage in the life to come.

As far as the time between lifetimes goes. In the past many have taught that the average is about 1500 years, but this is a figure passed down from a time that the population is much more sparse than it is today. Today it is much closer to 100 year figure mentioned by a member- though a little longer than that. The average represents a wide rage, however. Some come right back into incarnation but even today many new babes are coming in for the first time in thousands of years.

Question: Could you comment some more on the deva kingdom? Also what is their relationship to birds?

JJ: DK tells us that birds are a bridging kingdom sometimes used by the devas to break away from passive existence. Normally devas live in etheric matter and do not manifest directly in the dense physical but DK does hint they either directly or indirectly use the bird kingdom as part of their evolution toward the human kingdom.

Technically one could say that if a deva does incarnate in the physical body of a bird it is no longer a deva, but because this kingdom is used as a turning point one could call it either way.

Here are some of DK’s comments on the subject:

“The bird kingdom is specifically allied to the deva evolution. It is the bridging kingdom between the purely deva evolution and two other manifestations of life.

“First. Certain groups of devas who desire to pass into the human kingdom, having developed certain faculties, can do so via the bird kingdom, and certain devas who wish to get in communication with human beings can do so via the bird kingdom. This truth is hinted at in the Christian Bible and Christian religious representations by angels or devas being frequently represented as having wings. These cases are not many, as the usual method is for the devas gradually to work themselves towards individualisation through expansive feeling, but in the cases which do occur these devas pass several cycles in the bird kingdom, building in a response to a vibration which will ultimately swing them into the human family. In this way they become accustomed to the use of a gross form without the limitations, and impurities, which the animal kingdom engenders.

“Second. Many devas pass out of the group of passive lives in the effort to become manipulating lives via the bird kingdom, and before becoming fairies, elves, gnomes, or other sprites, pass a certain number of cycles in the bird realm.

“Why the two above events occur will not be apparent to the casual reader, nor will the true connection between the birds and the devas be accurately realised by the occult student unless he applies himself to the consideration of the “bird or swan out of time and space,” and the place that birds play in the mysteries. Herein lies for him the clue. He must remember likewise the fact that every life of every degree, from a god to the most insignificant of the lesser devas, or builders, must at some time or another pass through the human family.

“As H. P. B. has pointed out, 80 birds and serpents are closely connected with wisdom, and therefore with the psychic nature of God, of men, and of devas. The study of mythology should reveal certain stages and relationships which will make this matter clearer.” Treatise on Cosmic Fire Page 894-5

JJ: The angel lives are an entire kingdom or even kingdoms from a higher point of view and have many grades of lives therein. Now the Bible makes the understanding of the angel kingdom difficult because the word for angel there means “messenger” and sometimes refers to mortal humans as well as advanced humans from the other side of the veil.

In addition there are several kingdoms of Angels who have evolved within their sphere independent of the human and those who correspond to human on their level will eventually become human. The angel or deva evolution varies from very simple lives to very powerful ones and in the new age we will learn how to better communicate with them and use their services and they ours.

Question: So what you mean is there are angels yet to become human and some advanced angels who already became human and now in spirit form? And humans can also serve as angels? And even our solar angel the soul was once human in a body?

JJ: This is correct.

Question: Would you elaborate on the solar angels?

JJ: Technically our Solar Angels did not make us, but they nurtured us like our parents. All of us existed before we were born and thus our parents did not create us but provided a vehicle and environment where we could develop. This is similar to what our Solar Angel has done on a wider scale.

Both you, your Solar Angel and all lives beyond have always existed as a reflected point in the fabric of universal mind. When one monad develops it then assists others until all monads within a universe are mature. Then a greater universe will be created.

Question: How does one contact the devas or angels?

JJ: Normally you do not directly contact the angels who have passed through the human kingdom. The more advanced will come to assist you when they see the need or are invoked.

The lower deva angels are contacted through symbols and symbolic language and the methods of contacting the more powerful ones are closely guarded secrets. This is because they can be very dangerous if one does not know how to control them. They do not have self consciousness as we do and can be directed by a good or evil magician – like the power of fire.

Question: If all angels will someday became one with GOD will they all have to live as humans or on other planets as other beings in the physical first?

JJ: Lower deva lives will eventually pass through the human kingdom on this or another planet or creation.