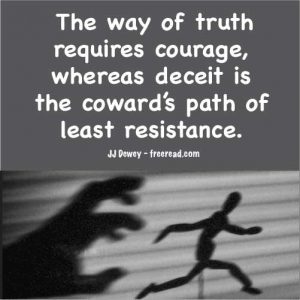 Question: You’ve been teaching about controlling anger. How about the other emotions?

JJ: None of the emotions disappear as one moves up the scale. Instead, they are brought under “right direction” so they are rendered harmless. Eventually the control is so automatic that they are placed “below the threshold of consciousness.” When this happens the subtle emotion has not lost its existence, but is automatically put in its right place when a stressful situation occurs.

Question: If Joseph Smith had taken this initiation in previous lives and therefore achieved it so early (14 years old) in his incarnation as Joseph Smith, then he must have had to meet and overcome his dweller in prior lifetimes. If so, how come the evil force that attempted to seize control over him was so ferocious? Hadn’t he defeated it before? If so, where did all that pent up negativity come from?

JJ: I believe he was 16 when this happened. As evidence the only account in his own handwriting tells us that this was his age.

When the initiate returns and passes through an initiation as traumatic as the third the ferociousness does not diminish. Often it gets worse. The only difference is the strength and resolve of the initiate increases making the chances of success greater each time the dweller is faced.

The dweller, however, reincarnates with the initiate and may change its tactics, or the Dark Brothers may control the Dweller in a new attempt to defeat the initiate. Sometimes they are successful for a time, but the third degree initiate (and above) will usually prevail in the end. Remember Moses was delayed in facing his dweller for 40 years – but he eventually prevailed.

Question: And if JS had some degree of control over the appetites of the flesh, having passed the first initiation, how come he had such a problem with his sexual appetites and why did he have to marry so many women and could only see the molecular relationship playing out by having multiple wives?

JJ: There has surfaced a lot of material defending Joseph Smith making arguments that he actually didn’t practice polygamy. One of the strongest is that all DNA tests so far have not found any offspring proven to come from him even though there have been numerous claims in the past. The claim is that Brigham Young and other leaders conjured up the idea and publicly attributed it to him after Joseph died and they moved west.

Initiates such as Joseph Smith and John Kennedy who appeared to have a lack of control over sexual appetites had this problem, not because of lack of control but because of illusion or just a lack information to fill in the blanks of their philosophy.

If you study both of these men you will see that they both had tremendous control over the physical when such control was within their belief system.

Consider this. A hundred years ago many people believed that cocaine was a healthful product. Now, if a person believes that cocaine is good for you then he will make no effort to control his use of it. Because of erroneous belief, the taking of this drug gives no evidence whatsoever of any inability to control the physical.

Even so, because of Joseph’s and JFK’s beliefs concerning relationship with women their seeming lack of control was not lack of control after all. To control a thing one must first believe that it needs to be controlled.

This does not mean these two initiates did not make mistakes. They did. But the mistakes were caused through erroneous belief and not through lack of self control required by the first initiation.

Comment: Given the differences in the accounts of Moses, Jesus, Paul, and Joseph Smith in receiving their third initiations, it seems to me that there aren’t too many hard and fast rules about how and when it takes place.

JJ: Just as each of us have different personalities and play out our lives much differently, even so are each of our Dwellers much different and attack us with a different strategy geared to our own weakness.

Because the personal Dweller knows the seeker and makes the attack tailor-made to his weakness it will be a very traumatic experience. There is no way around it. Even if the disciple has knowledge ahead of time about the concept of the Dweller he will be caught by surprise and awestruck by its power.

Comment: If a person has the ability to confront his dweller with the realization that he created him out of his fears and illusions, and had the ability to calmly see the dweller for exactly what he is — an illusion, he should be able to dissipate him without a lot of fanfare.

JJ: Until the Dweller is dispersed through passing the third initiation when it makes itself known it will be just as real as is your physical body and you will not be able to simply disperse it through the knowledge as taught here or by DK, even though this knowledge will help. Only through the raising of consciousness through great struggle will he be defeated.

Waxing strong in the presence of God has a multitude of layers. For instance the Holy Spirit is never an overpowering presence but of this we only feel the portion that we can comfortably endure. With this there is no fear. Through the Son (the Angel of the Presence) the door is open to the Father energy (Ray 1) and this vibration must be attuned to as the disciple moves from one step to the next. The first touch of it at the third initiation is overwhelming and more fearful than the Dweller himself but eventually the disciple’s “confidence waxes strong in the presence of (Father) God.”

Comment: I didn’t see any such hesitancy in Jesus or the Christ prior to or during their incarnation.

JJ: Do you not recall the words of Jesus in the Garden at the fourth initiation? “Father, if thou be willing, remove this cup from me: nevertheless not my will, but thine, be done.” Luke 22:42

He did indeed hesitate and wish within himself that he could escape the next step, but as with any good disciple, he yielded to higher will over his own.

JJ: DK tells us that the return of Christ will indeed be a point of tension for him since it will complete his seventh initiation.

Each initiation is liken unto a battle against a great foe. A part of you looks forward to the conflict and ultimate victory, but another part of you is troubled by the fact that all may not go as planned and failure and temporary defeat is a possibility. In addition the disciple is not excited about going through the distress that proceeds the victory.

Comment: I also don’t see any such hesitancy in Sanat Kumara when he made the decision to turn his back to the sun and come to earth. This was a risk and a renunciation for him — something which he gladly did.

JJ: But you do not know the whole story. Yes, he made the decision to come here. But was the decision an easy one? No.

Joseph said the words of Christ were:

“My Father worked out his kingdom with fear and trembling, and I must do the same”

This Father would be Sanat Kumara who underwent such tension that it made him fear and tremble.

DK said this about fear: “Fear has its roots in the warp and woof of matter itself, and is par excellence, a formulation or effect of the mind principle, and a result of mental activity. …It lies in what is called cosmic Evil—a high sounding phrase, conveying little. It is inherent in the fact of matter itself and in the play of the pairs of opposites—soul and matter.” A Treatise on White Magic, Pg 298

Every great step forward is taken in the midst of a point of tension.

To decide to go forward when everything within your being says no takes the greatest courage of all and is indeed worthy of glory.

Question: Wouldn’t a glamor be involved in a desire to hold on to one’s status over serving humanity?

JJ: To be concerned with a possible temporary retrogression has nothing to do with glamour. A glamour always involves a distortion of reality. To look at the road ahead and accurately see the good and the bad possibilities is to see reality as it is and thus glamour is not a factor. Courage is. To follow the will of God into paths of great risk for the service of humanity is indeed a courageous act as well as a fiery demonstration of love. A natural “fear and trembling” precedes all greatness, no matter what the idealists may say.

“Why; I (Christ) do the things I saw my Father do when worlds come rolling into existence. My Father worked out his kingdom with fear and trembling, and I must do the same; and when I get my kingdom, I shall present it to my Father, so that he may obtain kingdom upon kingdom, and it will exalt him in glory. He will then take a higher exaltation, and I will take his place, and thereby become exalted myself.” Joseph Smith, from The King Follett Discourse.

Question: Could you give additional comments on how the Dweller gets reborn?

JJ: No life dies into complete extinction, but moves from one place to another.

When a human dies, he does not go extinct, but merely leaves his physical body.

When the Dweller dies its thoughtform, sustained by the initiate, is dispersed so it has no dwelling place.

But when the initiate is reborn and relives (in digest form) all the evolution of his past lives a new thoughtform for the Dweller is created that must again be dispersed.

The Dweller does not get more powerful in each life of the initiate, but it does get more cunning. Whereas the initiate may overcome him quickly in one life he may be tricked into a time consuming battle in another.

The Dweller itself is a life form which is evolving and will reincarnate in various forms until it eventually becomes a human – in another solar system.

Just as we are the shadow of our souls, so is the Dweller our shadow.