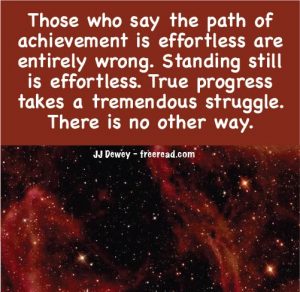 Question: Why would we have to relive our spiritual evolution at the beginning of each life? Wouldn’t this be a waste of time?

JJ: First you want to examine the Law of Correspondences here. Physically we also do this. From the time we start as a single cell we evolve through all the stages of evolution until we take on human features.

What’s the purpose of this repetition in the creation of a physical body?

All new creation is built upon the foundation of all creation from the past.

This principle not only applies to our physical self, but to our personality self and spiritual self.

Each time a new cycle of evolution comes around we review in the first part of our lives all essentials that has been learned in the past so we can properly and successfully prepare for the next step forward.

It is the way of things.

Reading your interesting mails give birth to some questions, that I hope you can answer. What kind of initiations are we talking about and performed by whom?

A new member asks what we meant when speaking of initiations.

When we speak of specific initiations we are talking about spiritual achievements which are recognized by the Hierarchy of Masters as taught in the writings of Alice A. Bailey.

When I teach of initiation in general I am often talking about the general ability of being self motivated enough to act on one’s own initiative.

Question: So are you saying our entities in the past could have possibly been the dwellers of our Solar Angel? We evolved into humans just like our dwellers will eventually evolve into humans.

JJ: That which is eternally you comes from a human monad which began as a seed point penetrating this space time universe. Just as a regular seed grows to maturity by gathering to itself many parts from the soil wherein it is planted even so the monad gathers many diverse parts to create an eventual unity. Some of the parts of the perfected man belonged to Dwellers in a past system.

Question: But what I’m still having a problem with is how can a dweller reincarnate once it has been killed?

JJ: How do we reincarnate once we have been killed? The principle is the same.

Question: Does the person recreate it when he reincarnates?

JJ: He recreates the astral body of the Dweller which is his vehicle of manifestation. The Dweller, as with all lives in form is a fragment of a monad which is never ending.

Question: How does the dweller get more cunning each time around unless it draws energy directly from the person?

JJ: All lives get a little smarter in each incarnation.

Comment: I still don’t see how the dweller can keep coming back once the person has learned how to defeat/confront/absorb the dweller once and for all.

JJ: In each life, as I said, we repeat in miniature our whole evolution and in the process of reliving our negative cycle we create a body of manifestation through which the dweller can reincarnate.

The Satan who appeared to Jesus in the wilderness represented his encounter with his Dweller. Now Jesus had already overcome the Dweller in past lives, but he still reappeared, even to him. His temptations were more difficult than the Bible portrays, but, partially because of past success, he was able to dispel his Dweller in forty days.

But even here the Dweller may have not been completely out of his life for it is written:

“And when the devil had ended all the temptation, he departed from him for a season.” Luke 4:13

Note that his Dweller did not depart forever, but “for a season.” A season could represent a period in his life or it could mean until his next life where he may have to face his Dweller one more time.

“Then the devil leaveth him, and, behold, angels came and ministered unto him.” Matt 4:11

The angels here represent the Angel of the Presence mentioned by DK.

If I understand a reader correctly he is wondering how the many will achieve initiation when it appears that initiates have performed some Herculean work. There just does not seem to be enough great works to go around to offer opportunity to many initiates.

The answer is that there is more opportunity to go around than there are initiates to take advantage of them.

As more disciples become prepared for their next initiation group initiation will become more prevalent. The vision of a great work will be seen by numerous disciples who will work together to accomplish it and in the process move their consciousness up to a higher level through their self (initiate) motivation.

JJ: The Dweller and Solar angel is not you any more than I am you. I am you in the sense that we are all parts of the One Great Life, but as parts of the whole we are unborn eternal individual units, each with our own differing purposes.

As DK says the Solar Angel casts a shadow and this shadow becomes our lower nature which the beginning human identifies with and falsely believes himself to be. Instead he is the monadic life which is occupying the shadow of the Solar Angel.

Comment: f I saw “myself” split up into three or more different entities, I would do everything I could to pull all the pieces together, get them working in harmony, and try to fuse them back together. But, maybe that’s the whole point.

JJ: This isn’t really possible because the real you is not three parts but one part using numerous vehicles. When we are done with the vehicles we do not fuse them together but discard them, taking only with us the intelligence and experience they provided.

Comment: I don’t seem to be getting the point. You can lay all the parts to a watch out on the table and study them from now till eternity, but you still don’t have a watch until you put them together. But is it really that important to know how to build a watch when all you want to know is what time it is?

OK, so what we have is a bunch of parts on the table. Maybe at one time they were together, but they aren’t together now, so the job before us it to try and understand what the various parts are, how they fit together, and what the result is supposed to be after they are fitted together.

JJ: The parts were never together. The reason we came here was to make the watch, so to speak. We are not recreating some past watch, but making a new and different kind of watch which has never exactly appeared before.

The Solar Angel is a perfected watch, you are a watch in construction and the Dweller is Gilligan trying to distract you by getting you to take a ride on a boat. Eventually the three will be three watches, not one watch.

How does oneness come in? They will all harmonize and give the same time and fill a similar purpose while being unique in their creation.

They also all came from the same raw materials.

Question: Why not just identify oneself with (i.e. center the attention in) the monad and get it over with?

JJ: This is easier said than done. As we have descended down to our reality we have accumulated numerous limitations. Limitations are an essential ingredient to our evolution, for we cannot expand in intelligence without them. Limitation is the principle behind the Law of Contraction and Expansion. There is no expansion without the application of limitation.

There are a number of limitations between the evolving human and his monad that must be removed before he can even consider identifying with it.

Let us say that you wanted to communicate with the President of the United States? Can you just give him a call and make arrangements for coffee?

Because there are a number of barriers between you and he. These are limitations that must be removed before you can have access.

If you are serious about gaining access you do not first call him, but must go through a number of steps.

If you go to religious authorities you will not find the monad. You must look where the monad is which is within.

A lot of people may claim to be able to gain access to the president, (Monad) but there is one person (the Soul) who is in charge of scheduling. There are a number of people (true teachers) who may be able to direct you to this intermediary, but even though they are helpful you must contact this person yourself.

(3) Convince the intermediary that contact is beneficial to both sides.

If the intermediary (Soul) and the President (the Monad) sees that your purpose is important enough to draw his attention then he will grant you access.

This is an imperfect correspondence, but it makes the point. Seeking to identify or call on the Monad will not have the intended effect until you have removed certain limitations and grown in purpose and ability.

Comment: In Scientology, everything is addressed to us as thetans, which as near as I can tell, roughly corresponds to the monad — the first unit of individuation.

JJ: The Thetan would most likely be what DK calls the soul – the Higher Self. It’s quite possible L. Ron Hubbard had the teachings of the monad in mind when coming up with the concept of the Thetan, but as far as contact goes he would be reaching the highest consciousness that the individual limitations would allow.

“Dissatisfaction, disgust, distaste, and a deep fatigue are characteristic very frequently of those who are on the verge of discipleship.” DK, A Treatise on White Magic, Page 59