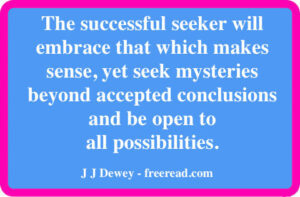 A reader asked for clarification about what kind of bodies are taken by the inhabitants of Shamballa.

One must remember that DK often calls the etheric body the true physical body. He says he calls it such because it is created on a true principle whereas the dense physical is not.

There are seven levels of matter on the physical plane. Three we acknowledge are solid, liquid and gaseous. There are four above the gaseous, which are not normally visible.

In addition the states in the higher planes are often called ethers so when one talks of ethers it can refer to one of many.

Sanat Kumara laid the foundations of Shamballa here 23 million years ago and incarnated as the first self-conscious man in the physical 18 million years ago. Since then he has dwelled in a high-grade physical etheric body. Of this DK writes:

“Sanat Kumara and His Pupils are in physical form, but have not taken dense physical bodies. They work on the vital etheric levels, and dwell in etheric bodies. Shamballa, where They dwell, exists in physical matter as do the Kumaras, but it is matter of the higher ethers of the physical plane, and only when man has developed etheric vision will the mystery lying beyond the Himalayas be revealed.”  Treatise on Cosmic Fire, Page 753

Question: Is the Ancient of Days overshadowing disciples?

The only individual he might be presently overshadowing would be the Christ himself – for he is the mediator between God and man. Sanat Kumara’s body is of a much higher vibration than our etheric vehicles and we could only see his physical form through the dream state or transfiguration where our vibration is altered.

If he desired he could approach a disciple on the mental plane, but this is usually left up to the Masters.

He loosely overshadows all life on the entire planet by merging his consciousness with the Spirit of the earth and can tune into any one point at will. Nothing of importance escapes his attention.

Question: What would be the current situation of the early disciples of Jesus?

These early disciples would definitely be working with the Christ in some capacity today whether in or out of incarnation.

An LDS reader compiled the similarities between some of the more  controversial teachings of Joseph Smith  ad those of DK. Here is his list:

A reader asked me if we should attack Cuba since I support some wars of liberation.

Where there is an injustice in the world, we must do all in our power to correct it.

Where there is slavery and lack of freedom we must do all in our power to open the prison gates.

Where there is torture, suffering and starvation we must work tirelessly to bring relief.

Each nation, group and individual is limited in what he can do and must assess his situation and work as he can to help.

The United States, or any other country, cannot tackle and solve every injustice in the world, but we should use good judgment and do what we can.

If you are living in comfort and discover that your next-door neighbor beats his kids black and blue regularly and then starves them when they give him a wrong look what would you do?

Would you just sit there and say it is none of your business? Would you wear earplugs at night so you could not hear their screams and remain in ignorant bliss?

We should do all in our power to free the people of Cuba and every other nation where there is oppression. Right now, we are stretched as thin as is prudent as far as military force is concerned, but we should always remain vigilant about assisting other nations in obtaining their freedom, but always using good judgment and at the probable end result. The good guys are the ones who do not make the first aggression.

“And he shall judge among many people, and rebuke strong nations afar off.” Micah 4:3

Rebuke here comes from the Hebrew YAKACH and more literally means to “make right” or “correct.”

The United States has followed this path and corrected strong nations afar off. We have changed Germany, Italy. South Korea and Japan from dictatorships to democracies and now we have the chance to do it with other nations as the opportunity permits. Freedom should be spread as far and as wide as we have strength – and of course this path must be pursued with good judgment.