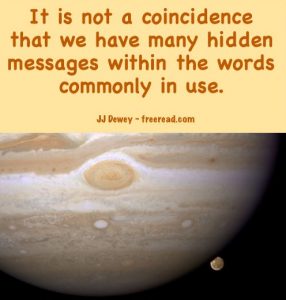 JJ Glad this helps. This is a point of confusion for many that seems difficult to clarify. I think the comparison to a corporation perhaps explains it best. If a shareholder has 51% (or more) of the stock then he can dominate. This doesn’t mean that other shareholders do not have influence, voice their opinion, make themselves felt etc. But when the majority stockholder makes the decision the whole company must step in line.

In the mentally polarized person, the mind is the majority stockholder and it always has final say on every decision. This does not mean the emotions do not get their way at times, but when they do, it is when the mind approves. In over half of all decisions both the mind and emotions agree so the emotional self may feel like it is getting its way most of the time.

Let us say that you fall in love and your emotional self really wants to move ahead with the relationship. If the mind approves, then the emotional self moves ahead with involvement as if no mind was dominate (even though it is).

This does not mean that all decisions approved by mind will be correct. It only means that they will represent the best judgment of mind.

Question: Will the mentally polarized person place the emotions below the threshold of consciousness?

JJ: Good question. All things that we learn which corresponds to a computer program can be placed below the threshold of consciousness. For instance, the applying the brakes if a child runs in front of your car. You do not even have to think about it because such an action is a part of our your program.

Actions with emotional consequences can be placed below the threshold, but not the emotions themselves, at least not in a healthy person. A problem with some seekers is that they seek to put emotions below the threshold when the emotions are yet needed for development. When this happens the person risks being born in a future life with emotional disability or even autistic. Those on the path must face their feelings with full honesty. It is a huge mistake to think that being evolved means being beyond the emotions. Such people will often suppress that which needs to be used for evolution.

Many emotions eventually become quiescent in the highly evolved, but this happens naturally and is not forced.

Comment: “Your mind and mine can unite in shining your ego away …” What does this mean?

JJ: When solid soul contact is achieved then the lower and higher become as one mind and the lower self no longer dominates decision-making.

EMOTIONAL POLARITY (1) Closed-minded (2) Uses generalizations, rhetoric and hyperbole (exaggerates). (3) He will not be able to control his emotions during period of stress. (4) Emotions seem to dominate their personality. (5) Prefers harmony over truth and reality. (6) Mind not changed by the facts. (7) Gets agitated by those who disagree. (8) Moves from point A to point B with no logical explanation as to the why – (9) He is easily offended, even when no offense is intended. (10) He is reluctant to give a clear or honest answer (or a yes or no) when requested. This is especially true if the answer shows a contradiction to his belief system.

MENTAL POLARITY (1) Open-minded (2) He will follow a logical path. (3) He will pick up intuitive impressions. (4) Thought and common sense seem to dominate their personality. (5) They will channel their emotions toward a purpose. (6) Wants the true facts. (7) New information will change their minds. (8) Patient with those who disagree. (9) Will sometimes be seen as not caring because he may not be swayed by prominent emotion. (10) Moves from point A to point B with a logical explanation as to the why. (11) Not easily offended. (12) He gives honest, straight answers, even if it reveals a mistake in his belief system.

THIRD CATEGORY – Characteristics of actions that do not indicate the polarity. (1) Displays strong emotion periodically that seems to be not destructive. (2) Both may be very educated, have great memories for detail, get good grades and have much knowledge.

Now let us add a new characteristic of the emotionally polarized: (11) He will incorporate “catch phrases” into his life as long as they support his belief system. This he will do with little ort no analysis of their underlying truth.

A catch phrase usually brings no truth to the surface, but it appeals strongly to the emotional self. An example comes from the OJ trial. “If it doesn’t fit, you must acquit.” Such a phrase has a powerful effect on the emotional grounded. In this case, it shifted the jury’s attention from the evidence of guilt to the one point in favor of innocence.

Such phrases have little influence on the few who are mentally polarized. Instead, logic and reason is the main influence.

Question: Is a catchphrase the same as an aphorism?”

Actually, there is an important difference. An aphorism is a saying that has been registered in the public psyche for many years. Some of them have root thousands of years in the past.

A “Catch Phrase” is one, usually of passing interest, created to stir the emotional body of the listener so he will be sold or effected to the desire of the one who uses the phrase.

A tested aphorism appeals mostly to the mind, even though on occasion it can be unduly used to influence unthinking emotion. When this occurs the aphorism becomes a catch phrase.

Example of an aphorism: “A bird in the hand is worth two in the bush.”

This statement represents tested truth and touches on an eternal principle.

The lowest catch phrase is used by a mob such as happens when a large gathering shouts “Jump!” over and over to one on a ledge contemplating suicide. Perhaps we can call this a catch word.

The next step up are those used by protesters. “No blood for oil,” is one with emotional appeal of which many protesters have little understanding of any reasoning behind the phrase.

The next step up are advertising slogans.

There are also political catch phrases such as “selected, not elected” in referring to Bush.

Then there are also religious catch phrases.

“I found it!” was a popular one a while back.

The main difference between an aphorism and a catch phrase is that the aphorism not only appeals to the mind, as well as the heart, but you can use them in any age among many people and they will always inspire and promote thinking.

The catch phrase is not designed to make people think, but only feel.

“Shock and Awe” was a catch phrase during the Iraqi war. This is more of an advertising catch phrase than a political one and I think it was designed more as psychological warfare against the Iraqis rather than an attempt to impress the rest of the world.

Now that we have narrowed down the definition see if you can name some modern catch phrases.