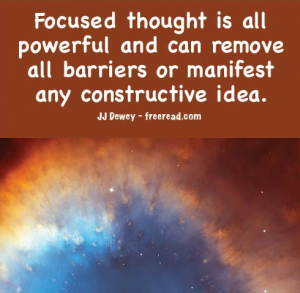 Another happening that will occur in the foundation of the Molecule will be a witness to the overshadowing or Divine Possession. There was a physical witness to the presence of Christ entering the body of Jesus and that was John the Baptist at the Baptism of Christ (not to be confused with John the Beloved). Even so, there will be a witness (possibly more than one) to the coming of Christ to initiate the great work. This witness may hold the Presence of the great entity who is the Christed One for a moment and then transfer it as the flight of a dove to the initiate or possibly just witness the presence as did John. Without the testimony of this second witness many would have difficulty in believing that the presence of Christ is with us. I do not know who this witness is yet. It could be someone (or a couple) in this group. When the time comes the Spirit will speak to this person and he or she will know what they are supposed to do.

We have some questions about the dark molecule. Let me clarify several things here.

The Dark Brothers do NOT work through the soul and do not have soul contact. They only operate in the worlds of form and the highest they can attain is the plane of the mind. They see the formless worlds as pure fantasy, even though their disciples on the earth may teach the party line of the seven planes and mouth acceptance to the scriptures and inspired writings. Many of their puppets here among us are oblivious to the core beliefs of those masters that they follow.

Because the Dark Brothers cannot contact the formless worlds they do not bring down original thought from the mind of God. Instead they take that which has been retrieved by the Brotherhood of Light and corrupt it for the furtherance of their own ends.

For instance, they took the church and teachings initiated by Jesus and altered them into a beastly illusion that enslaved millions in the world of illusion.

Now that the teachings on the human Molecule are plainly presented for all to read and understand it will only be a matter of time before the Dark Brothers inspire someone to take the concept, alter it somewhat, and compete against the real thing.

The Dark version of any enlightened project is always more attractive in certain ways. For one thing, the line of least resistance is always followed and the way is much easier on the dark path.

Example. Jesus taught about a path that would lead to great reward, but would be difficult and “few would find it.”

The Dark Brothers injected the teaching that all you needed to do to obtain the greatest reward was to just announce that you accept Jesus.

Does this not sound attractive to the one who is spiritually lazy? Just say you accept Jesus and you’re saved whereas those who do not do this are condemned to hell.

The Dark Ones always present an easy path to glory which always ends in no glory and no progress.

A Dark Molecule cannot draw on the energies of the soul and Spirit, but it can combine astral and elemental energies and produce certain types of physical magic, illusion and personality enhancement of its members. They can also tap in to certain ray energies as they are released and manifest, but they use them on a lower octave than does the Brotherhood of Light.

Remember when Moses went before Pharaoh that the Dark Magicians duplicated most of the magic that Moses presented to him. Finally, Moses turned his rod into a serpent, but then so did the Dark Ones. But then to the astonishment of all, the serpent of Moses ate the serpents of the dark magicians signifying that the power of the Spirit will eventually draw the personality power into itself. Then as we become one with Spirit our personal self is merged with the higher. The magical power of the soul is real whereas the magical power of the lower self is temporary and full of illusion, similar to that of a stage magician in the long run.

“And.. most importantly, perhaps, are we going to be able to create our molecule before the Dark Brothers create theirs? Is this the great battle in Revelations the precede the 1000 years of peace – a battle of molecular orders?”

Any battle of Molecular orders will most likely be an internal struggle at first. There may be others who have broken off or plagiarized the teachings. The purpose of these is to distract and confuse (or divide and conquer). Fortunately, in this age, they will not permanently succeed. After the Molecules of Light are definitely established the world as a whole will be alarmed and do what they can to stop the work of light. When this time comes the true power of the Song will come into play.

Concerning the rapture. Modern Christian are completely deceived about it and the type of rapture they are expecting will not happen. What do you suppose Jesus would do with millions of born againers if He had them? They’d be too busy arguing with each other to listen to any higher teachings from the Master.

Paul and many others thought that the day of the Lord’s coming was very near. For instance he said: “WE (Paul and others) which are alive and remain unto the coming of the Lord…” I Thess 4:15

These early Saints expected Jesus to come and save them from the great persecutions which were forthcoming and because the time was short, and the message of Christ had to be spread abroad before he appeared, the early leaders thought it best that the saints should not marry, but totally dedicate themselves to spreading the word. The injunction to not marry was a temporary one due to the circumstances of the time.

This teaching of the early leaders was not without foundation for Jesus told his disciples: “Verily I say unto you, There be some (more than one) standing here, which shall not taste of death, till they see the Son of man coming in his Kingdom.” Matt 16:28

These early saints believed that the 144,000 would be a group of Christians who would be taken by the Lord.

Actually, there is some historical evidence that such a saving event did happen and it was recorded by none other than the respected historian, Josephus. He recorded a second coming of Christ on May 30, 73 AD:

This sounds like an early UFO sighting, but we also have a “multitude” that was removed. Was this Christ appearing with his hierarchy, or Kingdom, as he promised? After all Paul told the saints: “Ye are come unto mount Sion, and unto the city of the living God, and the heavenly Jerusalem, and to an innumerable company of angels. To the general assembly and the church of the firstborn which are written in heaven…” Heb 12:22-23

Did members of the church on the earth join with the “church of the firstborn” in heaven? Or is it possible that they were merely transported to a different area for safety? Or did they join Christ and his hierarchy for a period of time?

Whatever the case we can see that a fairly literal interpretation was applied to Rev 14:4 in that age. In this age the correspondences still match, but circumstances and consequently the interpretation is somewhat different.

“I have what I will call inner urgings to do certain things because it seems or feels right. Is this a direction from the soul or simply an emotional feeling? What else may we do besides saying the Song and meditating that will enhance our ability to achieve soul contact?”

The beginnings of soul contact does not start with a bang. It starts with the “still small voice,” so still and quiet that you think you are imagining things when you first hear it. It is different than psychic impression which often comes through the astral body. Soul contact comes through the mind and heart (not direct astral emotions) working as one. The oneness of the mind and heart create a channel.

After you pay attention to this contact the ability to recognize and trust it greatly increases, but it always takes a certain amount of faith to follow.

The fire of the Spirit is a higher contact that comes in varying degrees but when this comes it is unmistakable and leaves no doubt in your mind that there was definite contact with the energies of God. This higher contact comes for several purposes. One of the main ones is to give positive assurance that a certain direction is the correct one for you to take. Many will eventually receive this fire to confirm the truth about the Molecular Order and that they are to be a part of it.

Then there will be those who have not yet received soul contact or the fire who will be deceived by lower astral fire. If one has not received the higher fire it is easy to conclude that the lower fire is the higher fire.

Many people have their higher contact greatly delayed because of the deception that the astral contact is the ultimate. This keeps them from making the next step because they are not looking for it.