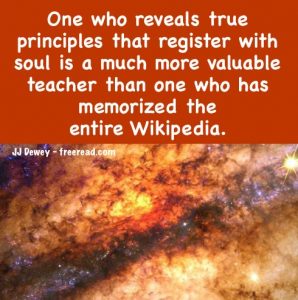 Concerning the Bailey writings, one comment some have made (which I have heard expressed before) is that the writings are difficult to understand. This causes some to conclude that they either have no real depth or that the writer consciously attempted to obfuscate the truth.

There are several reasons why this may seem to be the case to the new reader and the reasons for this are several.

(1) DK uses many Theosophical, Hindu and Buddhist words and terms of which the new reader has usually never encountered.

The Solution: The reader must become familiar with them. I wish that I had made a more focused effort to learn the vocabulary when I first started reading the books. It would indeed have greatly speeded my learning.

A good aid to assist you, which I did not have when I began learning, is THE ENCYCLOPEDIC THEOSOPHICAL GLOSSARY. This is free online HERE

Bookmark this and look up any key word as you progress with your reading. This will make the first read through slower, but the end result is that your learning will speed up.

Each time you look up a word keep a record of it in a notebook or computer file so you do not have to keep looking up the same word. Eventually it will become a part of your vocabulary.

One more thing to keep in mind as you seek to understand esoteric vocabulary is this. DK uses a number of theosophical words with a twist of meaning unique to himself. The glossary will be a big help, but with certain words, the only way to fine tune the meaning as they are used in the Bailey writings is to study them in the context that DK actually uses them. Therefore, when you come across a difficult word do a text search for that word and review how he generally uses it throughout the writings. Often he will give his own unique definition or a more complete explanation. When he does this make a note of it.

Several words that he uses in a unique manner are Antahkarana or Antaskarana Dharma Atom as in Permanent Atom Devas Dweller on the Threshold Cosmic Fire, Electric Fire, Fire by Friction, The Rays, Initiation, Personality and Radioactivity (as it applies to living things)

There are many others, but the thing to keep in mind is that there are a number of words he uses with a twist peculiar to himself, but the standard meaning will carry you through.

(2) DK’s writings are mainly intended for disciples, even though all who seek to understand will benefit.

Because his writings are mainly intended for disciples he wrote in a language and vocabulary that would be most meaningful to them. He expressed the idea that various disciples who read and understand his words will teach them to others in a more simplified language.

(3) He states that his writings are often intended to give hints around the real principle he wishes to reveal so the disciple can exercise his intuition. This increases the intuitive ability in the disciple and in the end causes him to understand much more thoroughly than if the principle had been given out in clear black and white detail.

(4) He states that he teaches from the universal to the particular. This is the opposite approach than is used in the schools of today which teach the particulars (details and data) in the hope that the student will eventually understand the universal (the principles).

Overall then, his method of presentation is not for the faint of heart. Even so, I do find portions of his writings wherein all can benefit that are quite quotable.

Here’s my personal experience with the writings. Like most readers I found then difficult at first. Even so I realized that there was a lot of light in them. As I ploughed through my first book I realized my first instinct was correct and continued on.

Now I understand the basic vocabulary and have a feel for his approach I see his writings as perhaps the most clear and precise that I have ever read, except perhaps the words of Jesus.

I find his words are a lot like that of Isaiah, even though the purpose is different.

When I first read the book of Isaiah I do not think I got anything out of it at all. I doubt if I could have given a paragraph of explanation of what I had read (I was sixteen at the time). The second time I read it I learned a little, but not much. It wasn’t until I read it for about the sixth time that it started making sense. Now even today as I contemplate his words new truth is still revealed. My opinion of his words are much different now than in my youth. At my first reading I forced my way through it just to say I had read it. Now I see great light and intelligence in every verse.

I think Isaiah prepared my mind to understand DK for his words are also complex and new light comes periodically as I reflect upon them.

Question: How should the seeker handle the various writings and teachings he studies? For example.

(1) The Bible or other scriptures with a long tradition of containing truth that humanity is supposed to accept without question.

(2) Writings such as those of Alice A. Bailey which obviously have high intelligence and original thought behind them – and claimed to be the work of a master.

(3) Other channeled or transmitted writings that seem to have intelligence behind them.

(4) Writings that you are pretty sure are just the product of a big ego.

(5) Writings that you believe may be from the dark side.

Should your approach in discovering the truth be different for each one, the same or what?

One answer that was given is that some writings have an earned authority and that the reader needs to give some extra weight to these.

Another reader says: “I look more at what is said, rather than who said it.”

Which approach is correct?

The answer is that they both have their place. As the Course in Miracles says “the truth is true and nothing else is true.”

In this sense it does not matter if a true statement is made by Christ, Caesar, or the devil himself. The truth is true.

Let us take a phrase uttered by Christ, for instance:

“Blessed are the pure in heart: for they shall see God.”

Would this be any less true if it were said by some demon frothing at the mouth?

No, it would not, though the average person would most likely find something wrong with it because of its source.

Therefore, it is always good to remain open minded, for truth is where you find it, and when you find it, if you are sensitive to the inner voice, it will be confirmed from within.

On the other hand, while those who are dark in consciousness can learn and quote true scripture and data, they do so with no understanding from the soul. Such persons will speak or write true statements mixed with false ones and twisted with warped logic. Thus the seeker will have to study for some length of time from the teachings of a darkened one to glean a few truths – even with the help of his soul.

This is where earned authority comes in – as far as spiritual; teachings are concerned. An earned authority is one who has proven time and again that his words touch the soul and therefore the expectation is that future words will continue to do this.

Many see the scriptures as an earned authority because past studies in them have produced much light and soul affirmation. If this is the case one would expect to learn much more eternal truth from them than he would the National Enquirer.

Even though one may find a spiritual truth in the National Enquirer every million words or so he can find the same thing in the Bible maybe every thousand, or a hundred words. This illustrates that the advantage of an earned authority is spiritual speed learning.

It is logical to not only give more weight to an earned authority, but to spend more time with him/her/it. If one finds a gold mine for truth then it makes sense to work the mine until all the gold is in the hands of the miner.

The point to keep in mind is this. All of us spend time with our earned authorities, but often because of the demands of the day, we have very little time to learn from the best of sources, or the best books. In the meantime we are exposed during most of our waking hours to many unenlightened sources. Some of them are: (1) Newspapers (2) Television & Radio (3) Earthy friends and family. (4) People at work. (5) Neighbors (6) Casual acquaintances at organizations, clubs, entertainment sources, shopping etc.

Because we are exposed so much more to unearned authorities than the earned ones it is wise to keep our truth detectors open at all times, for even a stopped clock is right twice a day. You just never know when someone is going say something that will trigger the soul mechanism and cause a light to go on within.

As far as the DK writings go some here have a lot of faith in them because of soul registration whereas others have reasonable doubt. How should we then approach the Bailey books in our approach to truth? What if they were really some device from the dark side to appear as truth to deceive us?

This concern of certain material being from the dark side suppresses the acquisition of true knowledge upon the earth more than any other principle. If one finds material that strikes chords with the soul he is wise to pursue the source until “all the gold be mined.”

If the disciple stays in touch with his soul and seeks the truth with pure intent then his soul will lead him to the discernment of truth from error even if he should be reading from a source which contains partial error.

If the soul of the disciple recognizes a high percentage of truth in a source then he must learn to trust his soul connection to find the truth and leave the error behind.

The trust of our innermost selves is a difficult lesson to learn but a Pearl of Great Price to the mind of the seeker.

I had some eyeglasses. I was walking down the street when suddenly the prescription ran out. Steven Wright