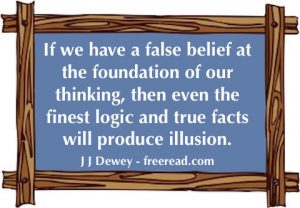 The Crème acolyte keeps insisting that DK was talking about fusion when writing about nuclear energy which will assist mankind in going into the new age. Now it is possible that fusion discoveries will be made that will be an improvement on what we have now, but we are NOT there yet. As I said. If he follows his own advice he would not buy a car equipped with current technology because of the hope they will have flying cars tomorrow.

Not once has DK even talked specifically about atomic fusion as it is understood today, so you are making a leap of faith in assuming that this is the energy he wrote of.

He specifically, however did talk about fission: Let me quote again:

“On the physical plane, the great scientific discovery, called colloquially the “splitting of the atom,” will be turned eventually to the production of those conditions which will enable mankind to follow the good, the beautiful and the true. This men will then be able to do, freed from the dread presence of purely materialistic thinking. This is no idle vision or vague dream. Many scientists today (and particularly those who love their fellowmen) are not only visioning the non-destructive aspect of atomic energy but are already engaged in harnessing-for the good of humanity-some of its products and its radioactive properties.” Rays & Initiations, Pg 648

How much clearer can the written word be? He specifically talks about the “splitting of the atom,” which IS fission as the technology “which will enable mankind to follow the good, the beautiful and the true.”

He further says that scientists “are already engaged in harnessing-for the good of humanity-some of its products and its radioactive properties.”

This was written shortly after World War II when scientists were first starting to build nuclear reactors for peaceful generation of power. The technology here was fission. This is a fact that you cannot circumvent.

Even though greater technologies will come along, this technology is here now. We have all the tools to produce unlimited fission energy and with the a new generation of breeder reactors we could completely reprocess the nuclear waste and are much safer than previous generations.. The nuclear waste processed through breeder reactors could supply us with all the power we need to last a thousand years. With that much safe energy fusion would only be looked upon as an added bonus.

You criticize a reader for taking a quote out of context, but as I see it she was much more accurate in interpretation than yourself.

Let us examine the important part of the quote. Note my comments in parenthesis:

DK “We have dealt in broad and general manner with this question of electricity and have seen that fire essence or substance is resolved through internal activity (radioactive matter) and external heat (the shooting of a neutron into the nucleus) in such a manner that the electric fire at the center of the atom is liberated (split) and seeks a new form” (two new atoms are created).

JJ: This is a good description of fission. He described atomic fission later as an initiation for matter which liberates the internal life. He does not speak negatively of fission as you insinuate.

DK “Through knowledge of the devas, (the form nature) Through external pressure and vibration, (producing heat and shooting neutrons at the nucleus) Through internal stimulation (radioactivity and atom splitting), through color applied in stimulation and vitalization, (creating Uranium isotopes or plutonium) Through mantric sounds (the secret of detonation) he will find the secret of atomic energy, latent in the mineral kingdom, and will bend that inconceivable power and force to the solution of the problems of existence. Only when atomic energy (the escaping life – pure energy) is better understood and the nature of the fourth ether (pure energy) somewhat comprehended, shall we see that control of the air (mind) which lies inevitably ahead.” TCF, Page 496

JJ: The amazing thing about this is that it was first published in 1925 before there was much knowledge of atomic energy. It is interesting that Alice A. Bailey lived to see a partial fulfillment of much of what he predicted about atomic energy.

“On the physical plane, the great scientific discovery, called colloquially the “splitting of the atom,” will be turned eventually to the production of those conditions which will enable mankind to follow the good, the beautiful and the true.” Rays and Initiations, Page 647

He interprets this as only applying to atomic bombs, not the production of electricity.

JJ: Why would you limit “the splitting of the atom” to the bomb only when all nuclear reactors also split the atom? Sounds like you are putting words into DK’s mouth.

DK says point blank that scientists “are not only visioning the non-destructive aspect of atomic energy but are already engaged in harnessing – for the good of humanity – some of its products and its radioactive properties.”

This sentence follows the mentioning of the “splitting of the atom” statement. Note that he says scientists “are ALREADY ENGAGED IN HARNESSING… its radioactive properties. In the late forties when this was given out scientists were working with fission, not fusion for the benefit of the people.

This statement would definitely apply to the 400 nuclear reactors because they operate on the principle of fission, of which DK spoke. Even today fusion reactors are far from being demonstrated as usable and depending on the problems that will be solved in their creation the presence of fast neutrons could also create a large number of atomic waste products.

Reader: it is NOT nuclear fission energy but fusion that produces those good conditions mentioned by DK.

JJ: Fusion has done nothing yet except produce the hydrogen bomb. but it is fission which supplies us with the much of our needed energy just as DK related. You really need to argue with him.

Reader: “The fission of the nucleus of the atom in the past few years is the outer sign or demonstration that humanity has “encompassed” the divine Mind and can now move on to “encompass” the love or the attractive nature of divinity.” Notice the words “now move on” … the process of nuclear fusion, not fission

JJ: Love is attractive, but the only energy we have from atomic fusion so far is the hydrogen bomb. He was not talking about atomic fusion here, but the attractive energy of love we need to acquire. Fusion reactors will eventually be perfected, but they may have some waste problems as do the current fission reactors. In the meantime, by the use of breeder reactors we can eliminate all waste by the use of current technology.

Are you still refusing to buy a car because you are waiting for the flying ones?

Reader: There is nowhere I have found in the writings of DK where he talks about “atomic energy for the peaceful production of power” which are your words

JJ: I have quoted it several times now and repeated it in the beginning of this post: DK talks about using the “non-destructive aspect of atomic energy” for the “good of humanity.” “Non destructive” implies peaceful use. Don’t tell me that only fission destroys atoms because so does fusion. Both of these processes destroy the atoms as they are and creates new ones. Obviously the use of the term “non destructive” is in reference to nuclear energy in relation to humanity.

Reader: It is also a falsity to consider nuclear fission as “peaceful”. The literal meaning of the word “fission” means breaking up into parts. There is nothing peaceful about this process, it is literally destructive. The process is explosion.

JJ: First there are no explosions in a nuclear reactor. Fission and fusion are equally destructive as far as effect on atoms go. We should not let our bias prevent us from using either one as the technology becomes available to help humanity.

Reader: Just because a bomb is not being dropped, does not mean it is “peaceful”. The explosion created during the nuclear fission process is unstable energy – hence why it explodes.

JJ: The is no explosion in a nuclear reactor. Hydrogen fusion bombs do explode and are generally even more destructive than fission bombs.

You’re picking at straws here with a mindset to be right even when you have no evidence.

Cross country skiing is great if you live in a small country. — Steven Wright