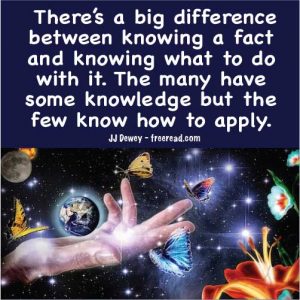 The next alternative of which to discuss the pros and cons is wind power.

Altogether renewable sources (namely wind, solar and geothermal) only supply about 2.4% of the electricity for the United States. Of these two wind shows the most promise at present. When I first passed some windmills traveling through California I thought it was cool that they were making use of non polluting wind power, but then as I passed by more of them the thought occurred to me that a few of these would be OK, but if they were everywhere (in an attempt to replace coal or nuclear) that which was pleasant to the view as a novelty would become quite an eyesore as they became ubiquitous.

One or two dandelions in a lawn can be charming, but a whole yard full of them can drive you crazy.

Even so, if windmills ever supplied more than 10% of our power needs, they would become a major source of eye pollution. (Note: Written in 2001; in 2020 the amount is 7.3%) I personally would be willing to put up with it if there were no reasonable alternative, but I would much prefer a source that does not clutter up thousands of acres of landscape.

On the positive side wind is probably the cleanest source of commercially viable power there is. It even beats solar, which has solar panels that use polluting cadmium compounds.

Even so it also has a number of drawbacks. One of them is very similar to solar in the fact that the materials for construction also require a considerable outlay of energy (probably from coal) to produce and maintain.

One of the greatest drawbacks is that there are a very limited number of areas where there is sufficient wind to make windmills economically feasible. We are limited in using this source even if we decided to move ahead full speed with it.

Another problem that limits locations for wind power is that if they are built in an area where there are many birds, the poor fowls tend to fly directly into the blades to their death. Windmills have destroyed numerous birds of prey and even some endangered species such as golden eagles. This problem has put the squeeze on available land for windmills. Now a prospective windmill power station has to do a study of an area as to its impact on the bird life before they build.

Another little known problem is noise pollution. When they have been built close to homeowners the sound of the whirling blades became so disruptive that numerous lawsuits resulted. If future windmill plants have to be built a distance from any homeowner to avoid litigation this will further restrict land selection.

Many think that when windmill construction is complete that the power plant is home free expense wise, but it turns out that repairs have been higher than projected. One will often see non working windmills because of some operating problem waiting for repairs.

A final problem is their unreliability. The wind does not blow consistently the same 24 hours a day and since electricity from wind power cannot be stored there will be gaps where power generated at one time may be only half as much as the day before. I would imagine that a community that uses wind power would have to have a backup source of power for windless days.

Some fairly large companies who have invested in wind power have later abandoned the project because of financial loss. But then there are other, mostly smaller companies, that persist in perfecting this source in the hope of a better cleaner world.

We wish them well.

Hydro Power is a clean option supported by many It is ironical that even though this is a source of power that is as clean and inexpensive as you can get that it is also a prime target of environmentalists. Here in Idaho they are putting tremendous pressure on the state to tear down the dams and return things to their pristine condition.

“Save the salmon,” is the slogan here. It is thought that we can increase salmon runs by breaching a number of dams.

There is a great debate going on in this state over this issue. One side says there are other ways to increase salmon runs – in fact there was a significant increase this year. The pro dam people say that it would take 50 years after the breaching before much natural increase in salmon could be effected through and even then we do not know for sure if it would help.

In addition to the loss of clean energy the breaching would also be a big disruption to irrigation water for farmers, recreation, boating etc.

The only argument for the anti-dam people is that it may increase salmon runs and return the land to its pristine condition.

I personally do not support the breaching for the following reasons.

(A) The electricity lost will be replaced by coal burning supplied power. (B) There are several alternatives to increasing salmon runs that look just as promising as breaching. (C) It would create great hardship on a number of farmers and businesses who are just surviving as it is.

It appears to me that the ultra environmentalists would want to breach the dams even if an alternative salmon solution could be found as many of them want to see the land restored to its original condition. This “original condition of the land is sacred” attitude seems to be a zealous religious attitude with them as strong as that of any anti abortionist I have encountered.

Hydro power currently supplies 8.3% of the nation’s power and clean power it is, but most of the available locations have been dammed and because of breaching advocates we are likely to see less hydro power in the future rather than more.

Therefore, it looks like we should not look to increasing hydro power as a clean solution in there near future.

There is also a negative side to this clean source aside from the salmon problem. Dams wear out or develop flaws and break periodically causing many millions in damage and sometimes great loss of life. Up to 4000 people have been killed through the collapsing of a dam.

Not far from me in Rexburg, Idaho the Teton Dam burst in 1976 causing a billion dollars worth of damage and the loss of 14 lives. This low loss of life was considered very miraculous as it could have been much worse.

There are numerous other lesser known alternatives that may one day pay off. And who knows. Maybe out of the blue some unknown will come up with something simple in his garage that will fill all our energy needs for next to nothing in cost.

However, I have learned some good wisdom in this regard in my short life and that is this.

If you put all your eggs in a basket that is not perfected yet you are likely to spill and break the eggs. The loss will be great and the recovery slow.

It would be dangerous for any nation to neglect the development of proven energy resources while betting on others to come. Plentiful energy is not only important to our creature comforts, but is an essential ingredient to insure the survival of a free society.

The wise course is then to keep the energy flow going with existent technology while aggressively pursuing improvements and innovations.

Take a look. The amount of freedom and prosperity in the world very closely corresponds to the amount of available energy at a reasonable price.

There are many avenues to pursue here, but some of them may not be feasible for a hundred years.

Here are a few.

(1) Wave Power. Ocean waves (as well as tides) have a tremendous amount of power in them that have potential to generate power. Some experiments have been done, but nothing practical has resulted yet. One experiment I read about was overwhelmed by the wave power and destroyed.

(2) Geothermal. This is a very clean source and there are 39 countries in the world which have potential to receive 100% of their electrical power with this method. Most of these are poorer undeveloped countries that could take a leap forward with this technology.

There is some potential here in the United States, but until greater technology is developed to retrieve it from deep within the earth, this will only supply a small amount of our needs. We currently receive far less than 1% of our electrical power from this and the maximum projected would be 4.6%.

About a mile away from my home is a neighborhood that has used geothermal power for about 100 years.

New Zealand fares best among the developed nations in this regard. It has potential to supply over half if its energy needs from this source.

(3) Cold fusion is a much hoped for source of clean energy that dreamed up by a couple University of Utah scientists some time ago. Unfortunately, not a lot of progress has been made in this area.