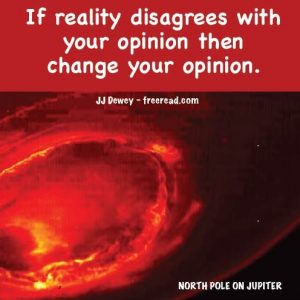 I was asked to give additional comment on humanities relation to the Spiritual Hierarchy.

First let me comment briefly on the transition that Jesus made. When he appeared on the scene Saturday, or Saturn’s day, was the holy day.

Tradition has it that Jesus was resurrected on Sunday and the early Christians began calling this first day of the week, the “day of the Sun,” the Lord’s day – meaning t he day of the Lord Jesus.

Later a different voice of God spoke to another prophet – Mohammed, and still a new holy day was established which was Friday, the day of Venus.

These various holy days are all clues to the identity of the great beings behind the various revelations to mankind.

The Book of Revelations tells us that there are “Seven Spirits before the throne” of God. These seven spirits in their highest manifestation for us are the seven sacred planets in our solar system. The highest throne of God which concerns us is the Solar Logos, the spiritual indweller and Lord of the Sun and solar system. Each Sun, planet and human is governed by one of the seven rays of creation.

A sacred planet is one who has reached a certain degree of evolution towards spirit and Saturn is one of these and is on the Third Ray of Active intelligence. The earth is not a sacred planet, but is approaching this state and is also on Ray Three and thus has a close relationship with Saturn. Saturn is a little like a big brother or a father figure for us.

Jupiter governs the age of Pisces and is the esoteric ruler of the approaching age of Aquarius. What this means is that despite all the conflict over the past 2000 years the age of Pisces presented the vision or the ideal of the love and abundance symbolized by Jupiter, but in the coming age we shall manifest it in deed if a sufficient number of people on the planet achieve soul contact.

Pisces presented the dream of the Kingdom of God, but Aquarius will manifest the reality.

The Christ became so at one with the vibrations of the Ray of Love/Wisdom that he attracted the attention of not only the Logos of Jupiter, but of the Solar logos himself. This caused a thread of Love (a mustard seed) to issue through the Jovan Logos to Shamballa (where the First Ray of power resides) and then to Christ, thus causing the planting of the seed of the “heart of the Sun” in the heart of humanity, hopefully to mature in this coming age.

Someone commented that these hierarchies seem complicated. It is much simpler just to mention God when referring to all spiritual forces. But this is like referring to all government as “the State.”

In reality the use of the term “State,” does not provide an accurate description of governing forces on earth. To really understand what the State is here in the United States we must first look to the three branches of the federal government – the presidency (our logos), the judiciary (Christ energy), and Congress (Saturn energy). In addition to this there are numerous departments, such as housing, welfare, energy, agriculture, interior, IRS etc.

Below the federal we have state government with a lower reflection of the higher three – the governor, the judiciary and the senate and house. From these come many additional appointed bodies.

Next down we have the governor of a city, the mayor, the city council and local judges. Below this we have many other governing bodies – our schools, PTA, civic organizations, businesses with their hierarchies etc.

Now if you were to explain this to a young child who had recently attained self-awareness he would be likely to be mystified by the complexity of it all and just settle in his mind to understand the government of his Mom and Dad and be happy with that.

As we approach consciousness in the Kingdom of God we are like that child and instead of differentiating we just want to lean on Father/Mother God and keep things simple.

The truth is that God is a body composed of “many members” and to truly prepare ourselves to be “kings and Priests” in the kingdom we must understand the make-up of that kingdom. We have many hierarchies here in the human kingdom, but above us there are indeed numerous additional.

Those who have the feel-good new age belief that there are no teachers or students, no leaders or followers, no great or small in the kingdom of God are in for a surprise for the great truth and the principle behind all creation is this:

When we consider this we realize that the information given out concerning the Spiritual Hierarchies and relating them to our own only gives us a small glimpse into the workings of the higher lives.

While it is true that the state, as a whole, is aware of each and every one of us (just try not paying taxes or a traffic ticket if you question this), it is also true that most members of the state are oblivious to us as individuals. I know the President has never heard of me and no one in Congress has given me a call lately. The governor’s wife was one of our customers, but overall, I as an individual, am not in the consciousness of any member of the governing hierarchy.

BUT – would it be possible for me to get their attention?

Yes. An easy way to do it would be to rob a bank. Then several hierarchies would take an interest in finding me.

A positive way to do it would be to start a consulting firm. If the mayor hired me I could give him good advice and have his daily attention.

I could run for governor. If I was a good candidate the present governor would pay a lot of attention to me and spare nothing in finding out everything about me.

If I studied medicine and found a cure cancer then I might even get a call from the President.

Now this same principle applies to the hierarchical lives over us in that body we call God, instead of the State. Some of them are of such evolution that they are much more aware of the whole and the parts than are our own leaders, but rarely do they give us individualized attention any more than do our earthly leaders.

Closest to you in the Spiritual Hierarchy are your “Guardian Angels,” and your Higher Self, but above them you have to do something extra to get their attention.

If you wanted to get the attention of a certain master you would have to be able to offer some useful assistance to his particular field of endeavor with which he is presently engaged. This principle applies on up the line.

Just as the President only has a few people selected who are useful to his goals, even so it is not likely that many of us would cause the Great Ones to pay much individualized attention to us. As we are progressing on the path, the main attention we receive from the Spirit is through our own souls and our fellow humans.

We like to think that the Masters are fighting over the privilege to communicate with us, but such communications are rare. Instead, they put most of their attention on groups as a whole. The best way to get the attention of a master is to be in, or start a group, in alignment with their purpose.

The Christ attracted the attention of lives greater than he because he became a useful tool in their hands and initiated teachings that would change the whole world. In addition to this he attracted the attention of the Great Logos because he vibrated in such alignment with him. Correspondingly, a world leader may go out of his way to take someone under his wing if he feels a strong rapport with him. The Christ was both useful and in harmonic vibration with the Solar as well as the Planetary Logos.

What part did Saturn play during the past 2000 years? He still influences the Jews with which he is closely linked, and numerous other groups and peoples. In addition he has had a strong influence in the Christian Church and the present Mormons even though the initiating impulse of the Christ energy came from the Solar Logos.

Speaking of the Mormons it is interesting to note that Joseph Smith had a Jupiter talisman on his person the day he was killed. Near the end of his life he came into close contact with the Jupiter energy, but was not able to vitalize the Church with it. This is illustrated by the fact that the Nauvoo temple that he built was highlighted by Sunstones, but the next temple which was built after he died in Salt Lake was by Saturnian Brigham Young for the temple has Saturn Stones on the walls and originally it was planned to have an actual engraving on Saturn itself there, but was rejected.