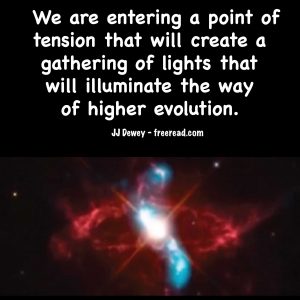 Let us repeat the parable under discussion:

“The kingdom of heaven is likened unto a man which sowed good seed in his field: But while men slept, his enemy came and sowed tares among the wheat, and went his way. But when the blade was sprung up, and brought forth fruit, then appeared the tares also.

So the servants of the householder came and said unto him, Sir, didst not thou sow good seed in thy field? from whence then hath it tares?

He said unto them, An enemy hath done this. The servants said unto him, Wilt thou then that we go and gather them up?

But he said, Nay; lest while ye gather up the tares, ye root up also the wheat with them.

Let both grow together until the harvest: and in the time of harvest I will say to the reapers, Gather ye together first the tares, and bind them in bundles to burn them: but gather the wheat into my barn.” Matt 13:24-30

As I have said many times all inspired words have at least three interpretations. I have previously given one, but now we will comment on the one that Jesus gave which was more in alignment with the thinking of his disciple at that time – it centers on the possible fulfillment on the physical plane.

“Then Jesus sent the multitude away, and went into the house: and his disciples came unto him, saying, Declare unto us the parable of the tares of the field.

“As therefore the tares are gathered and burned in the fire; so shall it be in the end of this world (age). The Son of man shall send forth his angels (Messengers), and they shall gather out of his kingdom all things that offend, and them which do iniquity (are lawless); And shall cast them into a furnace of fire: there shall be wailing and gnashing of teeth. Then shall the righteous shine forth as the sun in the kingdom of their Father. Who hath ears to hear, let him hear.” Matt 13:36-43

“Again, the kingdom of heaven is like unto a net (maybe Internet?), that was cast into the sea (sea of people), and gathered of every kind: Which, when it was full, they drew to shore, and sat down, and gathered the good into vessels, but cast the bad away. So shall it be at the end of the world (age): the angels (Messengers) shall come forth, and sever the wicked from among the just, And shall cast them into the furnace of fire: there shall be wailing and gnashing of teeth.” Matt 13:47-50

In the book of Revelation as we examined earlier, we learned that the true church (those who have soul contact) are in the wilderness for three and a half seasons. This is the current situation of the lights of the earth. They are scattered everywhere among all different type of plants one can imagine.

We are now at the end of the age (mistranslated world) and in a time called the “harvest.” At the end of an age there is an attempt to gather the lights (the wheat) and stimulate a new stage in human evolution. We are now approaching the time of the gathering and it is soon at hand when a sound will go forth as if it were the sound of a great trumpet which shall ring in the spiritual ears of those who are ready.

It is noteworthy that Jesus said that the lights would be gathered with a “net.” And here we are at this place and time gathered through a net (the internet). Interesting is it not?

The trouble is that the net gathers all kinds. Some have soul contact and some do not. Then to add to the problems of the gathering the adversary throws in some tares. These are they who attempt to choke out the soul energies of the group and nullify the effect of the gathering of lights by hiding the light and focussing attention on that which is darkness.

Notice in the second parable that there are really two gatherings. The first gathering is done through the means of a net. Then after the harvest was drawn in there was a second gathering that separated those who were ready from those who were not.

And so it will be. Teachings of light will be thrown out like a great net that will interest people of all types. In the beginning of this gathering it will be difficult to tell who are the good fish (or the wheat) and who are the tares. They must learn together, work together and play together over a period of time. Then a second note will sound and more will be required of them than mere learning. The application of that which has been learned will be necessary and a physical gathering together will be called for.

Those who are lawless will rebel at this call and become extremely negative and be enemies of the gathering of lights. Thus those who are not ready for the next step gather themselves away from those who are ready. Those who receive revelation through the soul will know their correct place and seek to gather with others of like mind. The final gathering will be upon a new land not controlled by any government of the world.

We are told that the lawless ones will be cast “into the furnace of fire: there shall be wailing and gnashing of teeth.”

What is the furnace of fire? For one thing it cannot be a literal fire or there would be no time to wail and gnash teeth.

Several things will cause the fire in those who refuse to accept the greater light.

Remember the story of the Israelites leaving Egypt and how the Pharaoh did everything in his power to stop them? He was so consumed with his fires of passion that he even followed them into the Red Sea to try and destroy them.

Why were the Egyptians so consumed with fire over losing the Israelites?

When the lights gather, those who dwell in darkness will sense a great loss and be filled with the fire of lower passion when they realize that they are not prepared to leave the physical treasures of their heart behind and follow.

Any major earth changes which are to come will be to insure the gathering of lights. The Planetary Spirit of the earth will sense the need to protect the lights which will be gathered and will create any earth changes necessary to destroy those who may do them harm. The Song of the 144,000 is a sweet sound that reaches up to the ears of this great entity and is one means to be recognized by her. No group of people who say this song need ever fear mother earth.

Finally we are told:

“Then shall the righteous shine forth as the sun in the kingdom of their Father.”

When the lights are gathered and the Molecular Relationship established those who stay focussed upon the light will literally shine forth as the sun and those who have inner vision shall see it. Some will have light of such brightness that their radiance will be seen with regular vision.

My book, “The Gathering of Lights” gives much more on this subject.