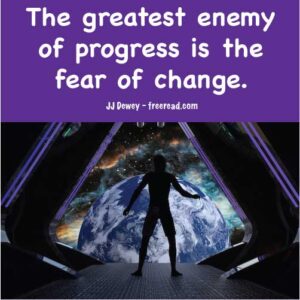 The next scripture reads:

Some read this and believe it means an asteroid will hit the earth before the end of times while others have made the connection that “Chernobyl” is a Russian word for the wormwood plant. Many Bible believers think the third angel sounded when the nuclear disaster occurred at the Chernobyl nuclear plant.

Fortunately, an asteroid is not likely in the near future and the correspondence between the Chernobyl disaster and Revelation does not match up. For one thing, a third part of the rivers did not become polluted and there is little literal connection between drinking radioactive waters and death.

The scripture makes much more sense when spiritual symbology is used.

With the second angel a great mountain (kingdom of God – higher consciousness) fell upon the seas (masses of people).

This time a great star burning like a lamp falls upon the rivers and fountains (springs) of waters. This sounds like a great falling star that lights up the whole sky.

So, what does a star mean in this context?

Earlier we said that stars represent fixed beliefs and the stars falling to the earth represents shattered belief systems that were thought to never change, like a fixed star.

This time instead of stars plural we have one great star falling. To understand this fully we have to add another element of meaning.

A star can also refer to an avatar, a great teacher or leader who will shatter belief systems. This meaning is indicated in the Book of Revelation itself:

“And unto the angel of the church in Sardis write; These things saith he that hath the seven Spirits of God, and the seven stars.” Rev 3:1

Here we see that a star is a messenger representing a spiritual philosophy (church) and also one of the seven spirits before the throne of God. By extension this would also represent the seven chakras as they manifest internally.

A great and fiery star fell from heaven. What does this mean? The meaning has several levels but the same principal manifests throughout.

The disciple recently opened the seventh seal and peered into heaven and beheld a strange silence for half an hour. In the silence he perceived the will of God as never before and became on fire about bringing that which is in heaven to the earth.

From the seventh chakra (a great star) descended the fiery will of God to the streams of the earth.

If we correspond the star to a spiritual teacher then we have a great messenger (star) ablaze with the light of knowledge concerning the will of God falling upon a third of the rivers and springs.

What do the rivers and springs represent? These give life to the trees (aspiring teachers) and the grass (religious followers). The rivers and the streams thus represent the knowledge of God which feeds the people and stimulates their spiritual life.

When the next manifestation of the will of God falls from heaven (source of revelation) to add to the sources of knowledge on the earth a great disturbance happens. When the new knowledge is presented, many do not like what they hear. The new doctrine is as bitter as wormwood to them. They are like the people in Jesus’ home town. When he tried to teach them, they rushed upon him, grabbed him and tried to throw him over a cliff.

What he said was a bitter pill (wormwood) for them to swallow, for the star (Jesus) that fell into their fountain of knowledge shook their belief system (fixed star).

“…and many men died of the waters, because they were made bitter.”

Many refuse to be nourished by the new and living waters and without this nourishment they dry up and die spiritually.

The next verses read:

The result of the work of the first three angels was that various elements of heaven (spiritual revelation) fell on the earth and seas (humanity), creating great change, destroying the old in preparation for the new. This time things are different. Instead of new disrupting agents falling from heaven to earth, that which normally shines on the earth (sun, moon and stars) are diminished.

Before we can go forward let us examine the symbols.

The sun represents God, or pure unveiled truth. The moon which reflects the light of the sun represents the reflections of God on the earth. In other words, it signifies authorities, or those places where people look for God where he is not, but is merely reflected. This could be a priest, a teacher, a religion, a prophet or even a book, a stone or a temple.

The third item is the stars. As we have said before, these represent the fixed beliefs of humanity. Just as the stars of the heavens seem immovable and do not change even so does mankind gravitate to beliefs that seem solid and reliable.

Unlike the moon, the stars have their own light and are suns themselves, but merely of such distance that they give only a small fraction of the light of the sun. Even if we were to add all the light of the stars together the illumination would be insignificant compared to our one great Sun.

Even so it is with us. We ordinary humans are stars with our fixed belief systems. We find in these systems just a twinkle of light because our beliefs are such a distance from the source of light that their light is eclipsed by a real sun which is nearby.

Jesus manifested truth, transcended belief and became a sun. We too shall someday discover that the star of light within us is also a sun. We are merely a farther distance from our sun than is the Christ, but someday that distance will be transversed and “we will be like him.”

Remember the Book of Revelation is a story about a disciple treading the path of Christ. The fourth angel represents the highest part of the lower quaternary, or the mind, a link between heaven and earth. When the disciple treads the path of Christ, he brings down to mind the truths of heaven and the true knowledge of the kingdom of God. He sounds the voice of mind, logic reason and like the sound of a great trumpet, and humanity hears it whether they want to or not.

The sound of this trumpet of mind has an unusual result for it forces those who are honest with themselves to examine that which they previously considered pure truth (the sun), their authorities (the moon) and their beliefs (the stars).

The eventual effect will be that a third of that which they considered to be true will be altered and no longer be light to them (one third of the light of the sun is smitten).

The word “smitten” comes from the Greek PLESSO and is only used this one time in all the Bible. Because it is used only this once it makes a correct translation more difficult.

PLESSO comes from PLASSO which means “to form, mould (something from clay, wax, etc.)”

Apparently PLESSO is translated as “smitten” because the ancients had to strike a thing to form and mold it. But the Concordant version, which is very reliable, gives an interesting alternative translation. It renders the word as “eclipsed.” In other words the light of the sun, moon and stars was blotted out by something else.

The interesting thing is that the word “eclipse” has an alternative meaning. Instead of light merely being blotted out by a lifeless object it can insinuate that a light is blotted out by a greater light.

For instance, you could say, “Sam’s performance eclipsed that of anyone one else.” In other words, Sam did such a good job that his was the only act worth remembering.

This leads us in the right direction of understanding this verse. The light of the sun, or truth, as people see it, becomes blotted out when a greater truth is revealed through a disciple treading the path of Christ.

Again the figure one third is used. This is because approximately one third of the people who are directly exposed to the teachings of a Buddha, a Christ or a Mohammed are altered in their views because the teacher’s revelations eclipse that upon which they have previously relied.

A point to keep in mind is this. The great teachers do not always have an effect on large numbers within their lifetime. Often, we have to wait centuries to witness the power of the truths they offered. Jesus himself only had 120 followers who gathered after his resurrection. But sooner or later the masses will come face to face with the new truths which will eclipse their old beliefs.

The final verse in the chapter reads:

“And I beheld, and heard an angel flying through the midst of heaven, saying with a loud voice, Woe, woe, woe, to the inhabiters of the earth by reason of the other voices of the trumpet of the three angels, which are yet to sound!” Rev 8:13

In other words, the people effected by the Christed one had better prepare. If you think the effect on you so far has been great, just wait.

Luke: [griping about Tatooine] If there’s a bright center to the universe, you’re on the planet that it’s farthest from. From the first Star Wars