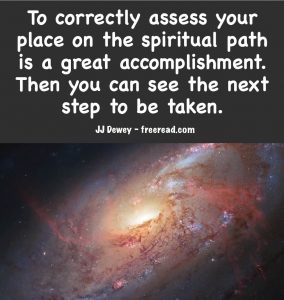 A reader expressed his doubts about himself being ready for any advanced work.

You speak for many here. This is one of the main differences between Jesus and us. If a female sincerely tells a regular guy that she believes he can do all things even to the raising of a Lazarus from the dead we would make fun of her rather than taking it seriously. Jesus took it seriously and spoke the words of faith and with the union of male/female energy caused a man who had been dead over three days to come forth.

I must also confess that sometimes my believing wife tells me to do some crazy things (like heal my computer when it doesn’t work right) and I make light of her so you’re not alone here.

“Why did the withdrawal of an atom (Judas’) leave Jesus and the whole molecule so vulnerable? Is it the price to pay? Can you relate this to an initiate that cuts his covenant (to soul, wife or brotherhood) and the sorrow that ensues? Hey, it’s better to grow slowly then.”

It wasn’t the withdrawal from the molecule that caused the problem, but the betrayal. If a disciple decides to withdraw from a molecule because he is not ready or desires to join another one then the transition can be made harmless, but the problem with Judas was that his actual act of betrayal when he took those thirty pieces of silver in exchange for his Master’s life shattered the molecule in a way that caused a great and rapid withdrawal of energy. It’s like deep sea diving. If you come up too fast it can be deadly, but if you come up slowly there is time to adjust and all is well. Judas gave his Lord no time to adjust and would have caused His death if the angel had not come and strengthened him.

Scholars have never questioned why the three disciples with Him could not stay awake. Even though they were not affected nearly as much as Jesus they almost fell into a coma until the angel came and assisted the Master. It took a superhuman effort on the part of Jesus to handle the situation as He was facing the cross. He had to face greater pain than the cross so He could go to the cross. There was such stress that He bled from the pores of his body.

“Another question is: why are you attempting to draw from the net simple seekers as us, and doesn’t this molecule need experienced initiates? Are they doing it in the Brotherhood? Finally you might answer the simple question: what are we doing here with you and why. I mean, how does it relate to the whole pattern? I should ask this more precisely. We are not active conscious initiates, like the ones that receive direct guidance from masters. I for one, am clearly an aspirant, and no disciple, a disciple serves and is not self centered.”

This is an awkward question to deal with. If I build the group up too much I could wrongfully affect some egos so they think they are higher than they are and feel they are ready to be saviors of mankind. There is nothing more awkward for a teacher to deal with than one who is a beginner spiritually who believes he is the next great avatar and was a dozen of the most important people in history in his past lives.

If we are not sure of our position it is best to take the “lowest room” for if by chance one is a beginner he shall not be embarrassed when the truth is revealed. On the other hand, if the Master says: “come up higher” the disciple is honored. There would be nothing more embarrassing than to think of oneself as a great avatar only to learn that the first initiation has not yet been taken.

Remember, the true disciple does not publicly reveal his status, and especially does not brag about status. I cannot stress this too often.

Some here underestimate themselves. Perhaps these should hear the voice of the master calling to “come up higher” and aspire to things more noble.

The twelve that Jesus picked for that early molecule were fairly ordinary people by the standards of the day. Some had great accomplishments in past lives but were unaware of their potential until the Christ stimulated them.

In this age the same shall occur. The molecular initiates in this time will feel the same points of tension as did the early disciples and will wonder about their worthiness and readiness. I certainly wonder about mine to do such a job but I forge ahead because I feel I must. There is no telling the repercussions if each of us do not do our jobs whether large or small.

If we wait for some obviously advanced initiates to create molecules we will be waiting through the next millennium. As the old farmer says, we must plow with the horses we have. The molecule is not yet ready to be formed but hopefully soon will be and those who feel a call from their souls to be a part of it must prepare their minds and hearts for the ride of their lives.

I use that phraseology because a while back my wife heard a voice speak to her as she woke up. It said: “You have a ticket to ride.” She had an impression that it was speaking of the great opportunity that she would have in this work and the creation of the molecule and that she was to hold on to the ticket and not lose the opportunity. I guess that applies to all of us.