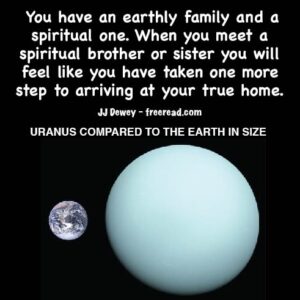 The Yielding of Crowns

(Note from JJ: This is post number 1000 in the edited archives, representing the essential teachings from November 1998 to March of 2005.  These 1000 articles were extracted from an original number of 2795 posts. The reason the number is less are several. First, I have combined a number of them and, secondly, have not included others that talked about issues that were timely years ago but wouldn’t be of much interest today. For these edited archives I have tried to stay with teachings that will make interesting reading for an indefinite future. I plan on eventually turning these archives into a series of books.

Since most members of the current Keys of Knowledge were not members in 2005 and earlier these should be new to them and a refresher course for our older members.

Hope the group is enjoying these archives as my next step is to start on the second thousand.)

The Question: Why do the 24 elders cast their crowns before the throne?

We received some intelligent answers to this. I say intelligent because the readers tried to follow the Law of Correspondences. This is right-minded thinking even if they arrive at different, non-conflicting conclusions.

Let me remind the group that I have said many times that every inspired teaching or scripture has more than one interpretation. In fact, the closer the words are to pure spirit the deeper and more multifaceted will be the meaning.

In interpreting the Book of Revelation we are examining some of the most profound words ever written; hence the possibility of numerous interpretations that correspond and are true.

We do not have time to examine the interpretations given to see how accurate they are, but if one wishes to do so he will apply the interpretation to all possible circumstances and see how closely it fits in with the Law of Correspondences. As long as it fits, keep on going and see where it takes you, but if several elements do not fit then, one must back up and re-examine. Remember there are many more wrong interpretations of scripture than right ones. The two keys of knowing are soul contact and the application of the Law of Correspondences.

The angle of approach we are taking is to seek correspondences to the main theme of the book which is the unveiling of Christ. So far so good.

One of my last questions was:

“Why do the 24 elders cast their crowns before the throne?”

A fascinating hint is given in the words of DK. Read them over and comment again upon this question.

“Within the radius of power and life which is the expression of the fourth kingdom in nature, the human, there was to be found a correspondence to that “assumption of independence” and to that “breaking away” which characterised the major grouping. Back in later Lemurian times, a group of men of high development, from the point of view of that time, and numbered among the then disciples of the world, took issue with the planetary Hierarchy, and broke away from the “law of the initiates”. It was a time wherein the emphasis of the teaching was upon the material side of life, and where the focus of attention was upon the physical nature and its control. The Old Commentary expresses what happened in the following terms, and as you read the measured cadences of that ancient script, it would be wise to try and realise that the phrases are referring to that group of disciples who were the early founders of the present Jewish race:

“The law went forth from the inner group which guided the destinies of men: Detach yourselves. Withdraw within yourselves the power to hold and gain and get. The sons of God, who train themselves to leave the world of men and enter into light, they ever travel free. They hold not what they have. Release yourselves, and enter through the gates of peace.

“Some of the sons of God, waiting outside those gates, ready to enter when the Word went forth to roll the gates aside, were laden with the treasure of the earth. They brought their gifts as offerings to the Lord of life, who needed not their gifts. They sought to enter through those gates, not with a selfish end in view, but to present the garnered treasures of the world, and thus shew their love.

“Again the Word went forth: Leave all behind and pass beyond the portal, laden with naught of earth. They waited and discussed. The rest of those who were prepared entered into light and passed between the pillars of the gate; they left behind the loads they brought and entered free, and were accepted, carrying naught.

“Because they travelled as a group, and as a group progressed and grasped, the group responded to the divine command and halted. There they waited, standing before the portal of the Path, grasping the garnered treasures of a thousand cycles. Naught did they wish to leave behind. They had laboured for the riches which they held. They loved their God, and Him they sought to dower with the fullest measure of the riches they had gained. They loved not discipline.

“Again the Word went forth: Drop on the ground all that you hold, and enter free.

“But three revolted from that stern command. The rest obeyed. They passed within the gates, leaving the three outside. Many were raised unto the heights of joy. The three remained without the gates, holding their treasure firm.”

In this ancient writing, older than any of the written scriptures of the world, is to be found the secret of the Masonic story and of the slaying of the Master by the three most closely associated with Him in His death and burial. Masons will all recognise the three to whom I here refer. These three were the founders of the modern Jewish race. They were three advanced disciples who resented the command to enter, free and untrammelled, the place where light is to be found. They sought to hold that which they had gathered and to dedicate it to the service of God. Their unrecognised motive was love of riches and a desire to hold safe their gains. Ancient tradition, as taught by the teachers of the past, tells us that…

“They turned their faces towards the gates of earth. Their friends went on….. They stayed behind….. The Masters met in conclave and decided what should be the fate of those who, having reached the Gates of Light, loved the possessions of the world more than they loved the service of the light. Again the Word went forth to the revolting three, who waited still without the gates:

“`Hold what you have and gather more, but know no peace. Garner the fruits of mind, and seek your power in wide possessions, but have no sure abiding place.

“`Within yourselves, because you are disciples of the Lord, you shall have no share in peace, no sure and certain knowledge of success, nor power to hold your gains.

“`Always shall there be the knowledge dim of Him Who watches over all. Always the urge to gather and amass. Never the time to hold and to enjoy. Pass on therefore until the time shall come, and again you stand before the Gates of Light, this time with empty hands. Then enter, free, accepted by the Servants of the Lord, and know, forever, peace.’“

The ancient legend tells us that the three went forth in sorrow and revolt, laden with their treasures, and thus the history of the wandering Jew began. It is significant to remember that one of the greatest sons of God Who has worked on earth, and Who epitomised in Himself the way and the achievement, Jesus of Nazareth, was a Jew. He reversed all the earlier conditions. He possessed nothing at all. He was the first of our humanity to achieve, and was a direct descendant of the eldest of the original three disciples who revolted from the drama of detachment. The Jew embodies in himself the world prodigal son.” Esoteric Psychology Vol 1; Pages 395-398

“The real art of conversation is not only to say the right thing at the right place but to leave unsaid the wrong thing at the tempting moment.” Dorothy Nevill