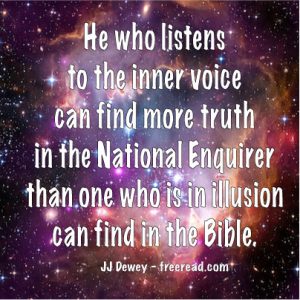 The Word of God

Question: Is the Bible the Word of God

Answer: Not in the way people think.

The Jewish Biblical collection was not assembled in present format until around 90 AD and the Christian Bible not until 367 AD.

Nowhere in the two collections does the Bible speak of itself or of either collection of books – which had its existence hundreds of years after the actual writing of the individual books therein.

So why do people refer to the Bible as the Word of God?

Basically most of the scriptures of the world are called the Word of God by the followers thereof because it is thought by the followers that God revealed all or part of the writings involved. The Bible fits in this category because there are a handful of references to the direct voice of God speaking and then there are prophets who claim to be speaking on behalf of God. On the other hand, such writings comprise just a small segment of the Bible with the rest of the scriptures being a historical record making no claim to be the “Word of God,” but only claiming to be a history of a people devoted to God.

So if the Bible itself makes no claim to being the literal word of God – where does such a claim come from?

Answer: This claim comes from the Beast as written in the Thirteenth Chapter of Revelation.

The idea of the Bible being the word of God comes from the Beast??? How can you say such a thing?

If you read my first 100 posts you will realize that the Beast is the unearned authority of the religious, political and other organizations of the earth.

Representatives of this beastly authority compiled our Bibles and have declared them to be “the Word of God.”

Why would the Beast, the arch enemy of truth, declare and establish the idea that the Bible is the unerring “Word of God?”

Because an even greater objective of the Beast than deception is control. It’s prime objective is to control the souls of men and women. Can you think of a more powerful way to control the souls of humanity than to declare they are quoting the “Word of God,” and that your choice is to either follow or to find yourself fighting against God and doomed to suffer his wrath?

No. There is no more powerful method of control than this, and this the Beast realizes and uses to the max.

Now the question arises – is the Beast correct? Is the Bible the Word of God?

The answer may astound you but please bear with me.

(I suspect my enemies will be quoting this last sentence out of context.)

“Blasphemy,” cries the literal believer. “How can you say that?”

Before one can call the Bible or any other book the “Word of God,” he must understand what the Word of God is.

The Bible itself give us several hints.

Why is Christ called such? The scripture gives a hint:

Here is a great description of the Truth, which is the “Word of God.”

“For the word of God is quick, and powerful, and sharper than any two-edged sword, piercing even to the dividing asunder of soul and spirit, and of the joints and marrow, and is a discerner of the thoughts and intents of the heart.” Heb 4:12

Indeed, when the truth is discerned, it is sharper than a two-edged sword and nothing can prevent it from making its presence known.

If truth is true does it make any difference who speaks it? Is truth truer if spoken by God, Christ or an angel? Is it less true if spoken by an average person or even a devil?

No. “Truth is true and nothing else is true,” to quote a phrase by A Course in Miracles.

Perhaps we can word it another way:

If a truth is true nothing can make it untrue – neither God, nor the devil, saint or sinner.

If the Word is God (John 1:1) then nothing can unmake God and make God to not be God, or make the truth into a lie.

So, to answer the question: “Is the Bible the Word of God?” one must simply ask if the Bible is true.

So… Is the Bible true?

Answer: Yes and no.

“But how can you say that?” says the believer. “Isn’t the Bible the infallible Word of God?”

To illustrate just pick any verse from the scriptures.

Let us pick two scriptures starting with one coming from the voice of God declaring his name:

“And God said to Moses, I AM THAT I AM: and he said, Thus salt thou say unto the children of Israel, I AM hath sent me unto you.” Exodus 3:14

“I am being that which I am being”

Then, of course, we have the translation as given in my writings:

“I AM BECOMING THAT WHICH I DECIDE TO BECOME”

Each of these translations carries with them arguments as to why they are correct, but they all differ subtly in meaning. So which one is the true one?

Go to the original Hebrew you say?

The Hebrew which reads as: EHYEH ASER EHYEH is available to all and still there is no consensus as to the correct meaning as originally spoken.

Or how about this scripture:

Instead of “coming” other translators use “presence.” This puts an entirely different twist on it and could indicate the second coming could happen with people feeling the presence of Christ and no physical appearance.

So which version is the true version?

They could all be wrong or one or more could be true.

It is possible that a translation could be entirely wrong, yet still be true?

For instance the word “world” in the above scripture comes from the Greek word AION which does literally mean “an age.” Even so there are times that it is mistranslated as “world” where truth is still conveyed:

“And the cares of this WORLD, and the deceitfulness of riches, and the lusts of other things entering in, choke the word, and it becometh unfruitful.” Mark 4:19

Here it does not matter much whether “world” or “age” is used. The teaching is true in either case. Because both versions are true, then both are the “Word of God.”

Yes. One can read the Bible with self deception and not be reading or seeing the Word of God.

It also means that if he reads Tom Sawyer and sees a truth or true principle, then he has read the word of God.

Can the Word of God even be printed in black and white text?

The fact is that truth can only be hinted at in black and white text, for any written word can be interpreted in a number of different ways. The way to find the Word of God is to take the hint given by the words and use the power of the soul to see the underlying truth behind them. When the underlying truth behind the physical words is seen, then the Word of God resides within us no matter what the source was.

One must reach that point where “the word of God abideth in you” I John 2:14 Notice that it does not abide in a book, but “in you.”

So in answer to question number one: The Bible is the Word of God inasmuch as the words you draw from it harmonize with the Word of God within the Soul of man which is in harmony with the Spirit of God.