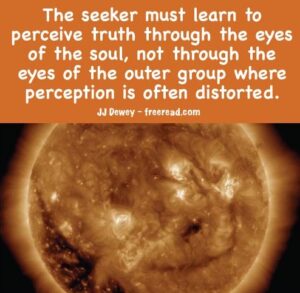 The Wonder in Heaven

We need to read the first six verses to obtain a beginning picture of the next presentation.

“And there appeared a great wonder in heaven; a woman clothed with the sun, and the moon under her feet, and upon her head a crown of twelve stars: And she being with child cried, travailing in birth, and pained to be delivered.

“And there appeared another wonder in heaven; and behold a great red dragon, having seven heads and ten horns, and seven crowns upon his heads. And his tail drew the third part of the stars of heaven, and did cast them to the earth: and the dragon stood before the woman which was ready to be delivered, for to devour her child as soon as it was born. And she brought forth a man child, who was to rule all nations with a rod of iron: and her child was caught up unto God, and to his throne.

“And the woman fled into the wilderness, where she hath a place prepared of God, that they should feed her there a thousand two hundred and threescore days.” Rev 12:1-6

The orthodox view here is that the woman is the either Mary, the church or Israel. The man child is Jesus and the lifting up of the child to the throne is the ascension. After the ascension the church had to flee to the wilderness and hide because of persecution.

As I previously mentioned, there will be cycles where a physical fulfillment seems to fit. This is helpful, well and good, but those looking for an exact fit in physical reality will always come up short.

Let us look at the standard interpretations of the woman.

(1) Mary, the mother of Jesus. If we take this literally, then, before the birth of Christ, Mary was in heaven clothed with the sun, with the moon under her feet and with a crown of twelve stars. How does this description fit Mary before Jesus was born? It doesn’t seem to.

(3) Israel. This is the closest correspondence but not exact. For instance, Israel rejected Jesus as the Messiah. The scripture gives no indication of the woman rejecting her offspring.

When we study this chapter in the light of the orthodox view it also seems out of place. Most of the vision so far seems to have been of the future, yet this chapter appears to switch back into the past for no apparent reason.

But, the interesting thing is, when we study the book in light of the unveiling of Christ within the life of the disciple (rather than the unfolding of the future) everything fits together with much more precision and the picture of the whole makes sense.

The first question we, therefore, must ask is what or who is this woman seen in heaven who was pregnant and brought forth a child?

To understand, let us repeat verse one:

“And there appeared a great wonder in heaven; a woman clothed with the sun, and the moon under her feet, and upon her head a crown of twelve stars:”

John saw many amazing things in heaven, but this woman was “a great wonder.” What other great being did John see?

He saw God sitting upon a throne.

So we have two great beings seen in the vision: God, the Father and “a woman clothed with the sun.” It is interesting that God also covers himself with “light as a garment,” (Psalms 104:2) just as does the woman.

And where were these two beings?

And how do we see into heaven?

By soul contact the disciple opens the door to higher consciousness and revelation. When this door is open he discovers the God within, the Father sitting upon the throne within the head. He perceives the Will of God and begins a great work to manifest that Will. His labor is followed by two witnesses, which are his Words and his Works. Orthodoxy tries to destroy them, but cannot. The teacher’s eternal Words and Works take hold and gain a foothold in the consciousness of humanity.

At this point, the second great wonder is seen in heaven. The disciple sees that God is much more than a male entity sitting upon a throne, but works through female energy every bit as much as the male.

Male energy is a radiating, sending energy; female energy is a magnetic and receiving energy. The disciple has worked hard, being inspired by the vision of a Father God, but now he sees the great truth of the Mother God in heaven, or higher consciousness.

He has previously understood, somewhat, the duality of God. The vision is much more than a mere glimpse of the masculine and feminine side of God, but a realization of how the two energies create. He realizes that his work so far has used mostly male energy. In this energy he has been a sower of the seeds of life. He sees that the season of sowing is over and, almost without him noticing, the period of gestation of seed in the female side has been silently occurring.

This woman is “clothed with the sun.” The disciple sees a great light when he realizes the work of the female energy is bringing his work to fruition.

She has the “moon under her feet.” The moon is a symbol of desire and emotional energy. To use the full powers of creation the disciple must have full control of his desires and emotions and direct them toward higher creation dedicated to the service of humanity.

“…and upon her head a crown of twelve stars.”

The center at the top of the head consists of twelve major petals, which surround 960 lesser petals. The female aspect must be seen in heaven, or higher consciousness, to fully use the power from these twelve petals. These twelve petals in the head are in tune with the twelve petals in the heart; they give the disciple on the path of Christ all power in heaven and on earth. The synthesis of male/female energies provides a direct link from heaven, or Spirit, to earth.