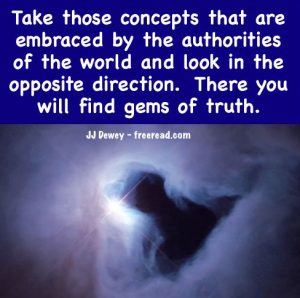 The War in Heaven

Question: As a Mormon I was taught about a great war in heaven where Lucifer and his followers were cast out of heaven to the Earth. Could you give us your views on this?

Let me first briefly sum up the Mormon view on this concept. It goes something like this.

In the beginning of creation God put together a plan for created Spirits to come to the earth to receive experience, physical bodies and redemption. A council was called and two plans emerged. The first supposed by Jesus was to allow people to have free agency, but because of their agency, sin and risk would come into the world. Jesus volunteered to come as the saviour to redeem humanity from sin.

Lucifer supported a different idea which was to take away free agency and make it impossible to sin thus not a single soul would become entrenched in sin because such a deviation would not be allowed.

God chose the plan of freedom presented by Jesus and one third of the hosts of heaven rebelled.

“And the great dragon was cast out, that old serpent, called the Devil, and Satan, which deceiveth the whole world: he was cast out into the earth, and his angels were cast out with him.” Rev 12:7-9

The belief is that Satan and a third of the souls intended for birth were cast out of heaven to the earth and as punishment were not allowed to be born or obtain physical bodies. They are said to wander the earth and whisper in people’s ears tempting them to do evil.

The ancient wisdom presents similar concepts but with interesting differences. It goes like this.

In the beginning of creation there were 90 billion monads that were commanded by God to take bodies and evolve through a series of lives upon the earth. One third, or 30 billion refused. They preferred to remain in “pralayic peace” until the “seventh aeon.”

In other words, this rebellious third wanted the others go do the hard work, and then when peaceful enlightened conditions were achieved on the earth they would come down and enjoy the fruits of the labor of others.

This did not harmonize with the Great Plan and instead of granting the will of the rebels it is written:

“But the seven great Lords called to the greater Chohans, and with the eternal Lhas of the third cosmic heaven entered into debate.

“The dictum then went forth. The laggards in the highest sphere heard it echo through the scheme. “Not till the seventh aeon, but at the fourteenth seventh will the chance again come round. The first shall be the last and time be lost for aeons.”

“The obedient Sons of Mind connected with the Sons of Heart, and evolution spiralled on its way.” Treatise on Cosmic Fire Page 26

So instead of not participating for seven aeons these 30 billion souls were denied bodies for 14 times 7 or 98 aeons. This will be billions of years in our time.

Whereas Mormons present the idea that there are 10 billion or so fallen angels who have never incarnated and roaming the earth whispering in our ears, the Ancient Wisdom tells us that most of what religious people think are evil spirits are our own thought forms, or our dweller as we have been discussing. There are also people of low vibration who have died and either dwell in or left behind astral shells which can gravitate to people of similar vibration. For instance a dead alcoholic may hover around an alcoholic on the earth seeking to experience again the physical addition.

The Ancient Wisdom also teaches about the Dark Brotherhood, but most of these have once had bodies upon the earth and have chosen the path of extreme selfishness. Instead of numbering in the billions these wayward souls, these are few in number, but powerful and work mainly through the corrupt in the circles of the rich and powerful. Because many people mindlessly fall for their deceptions the Dark Brotherhood often seems to have greater power than the Brotherhood of Light, but this is temporary.

One thing that does correspond is this. The Mormons teach that the great controversy between good and evil is over the principle of free agency. The Ancient Wisdom also teaches this, but with a difference. Instead of being the controversy separating the third that fell it is the controversy between the Brotherhood of Light and the Dark Brotherhood as they currently exist on the earth. The pilgrim who seeks to take away the agency of others is in danger of the dark path whereas he who seeks to expand the principle of freedom is taking a most important step to tread the path of light.

Concerning the name Lucifer there are many misunderstandings about the word. Below is part of a previous article I wrote on the subject.

The Bible itself uses the name in a positive light. Here are some words from none other than Peter: “We have also a more sure word of prophecy; whereunto ye do well that ye take heed, as unto a light that shineth in a dark place, until the day dawn, and the day star arise in your hearts.” II Peter 1:19

Another variation of Lucifer is Morning star. Note the actual promise of Jesus to the faithful: “And I will give him the morning star.” Rev 2:28

Let us retranslate this: “I am the root and the offspring of David, and Lucifer.” Rev 22:16

D&C 76:26 And was called Perdition, for the heavens wept over him–he was Lucifer, a son of the morning.

Job38:4 Where wast thou when I laid the foundations of the earth? declare, if thou hast understanding.

Job38:5 Who hath laid the measures thereof, if thou knowest? or who hath stretched the line upon it?

Job38:6 Whereupon are the foundations thereof fastened? or who laid the corner stone thereof; Job38:7 When the morning stars (Lucifers) sang together, and all the sons of God shouted for joy?

Lucifer also refers to Venus and for good reason. It has been called the bright and Morning star for thousands of years. When it is visible it will often be the only star (or planet) visible in the early morning light.

This harmonizes well with the writings of Alice A. Bailey who also taught that the first man came from another planet. They tell us that the Ancient of Days, Sanat Kumara, came here from Venus (the morning star) 23 million years ago.

“Again, in the council chamber of the Most High, there has not always been peace and understanding, but at times, war and disruption; this is made abundantly clear by several of the stories in the Old Testament. Symbolically speaking, some of the sons of God fell from their high estate, led, at one time, by “Lucifer, Son of the Morning”. This “fall of the angels” was a tremendous event in the history of our planet, but was nevertheless only a passing and interesting phenomenon in the history of the solar system, and a trifling incident in the affairs of the seven constellations, of which our solar system is but one. Pause and consider this statement for a moment, and so readjust your sense of values. The standard of happenings varies in importance according to the angle of vision, and what (from the angle of our Earth’s unfoldment in consciousness) may be a factor of prime importance and of determining value may (from the angle of the universe) be of trifling moment.” Esoteric Psychology, Vol 1, Pages 394-395