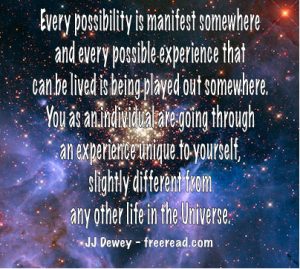 The Virtue of Variety

Thanks for posting your favorite movies. When I looked them over it reminded me how different we are as personalities, even though we may be one in the soul.

Using linear logic one would think that one person could name off his three favorite movies and all others would agree and say “you are right, sir!” But this is far from the case. Instead several would step forward and say something like: “Are you crazy. Those are ordinary movies. Here’s the real three best.”

The same applies to other tastes. One would think that one car would be recognized as the best car for the money and everyone would buy that. It would seem that there would be a best color for that car and all would buy that. But such is indeed far from the case. One person will be a Ford man and think that if anyone buys anything else that he has a screw loose. Another will insist that Toyota is the only car to buy.

I will say this though. Us Mac people just cannot understand why anyone would buy anything else.

There is one thing that all of us must accept if we want to get a long in this world and remain sane – and that is our differences. If we do not make allowances for the great varieties of tastes and desires among humanity we will never be at peace with ourselves.

On the other hand, would we want everyone to see exactly as we do? Would we want to walk the streets seeing each person dressed the same, driving the same kind of car, wearing the same haircut? That would make for a drab world, especially for our state of evolution.

What makes us so different?

There are three main items.

(1) Because we are Decision, our very existence operates on a power that makes each entity evolve into a different character than any other being.

(2) Our differing stages of evolution which carries widely differing histories for each of us which influences us in the present.

(3) Each person is subject to different ray influences which mold him in a particular life. These rays also condition astrological aspects which influence, but not control us.

So, in looking at your lists of favorite movies there are some I totally agree with, but others that make me think: “Now why in the world did he (or she) pick this one?

It is also interesting that some of us liked Titanic, the most successful movie of all time, but others just did not like it at all.

Then a few of the selections were not commercially successful at all. A couple were considered bombs, yet there was something in them that made the selections all time favorites to some.

That said your selections influenced me to add to and revise my list for I realize I left several important ones out. Most notable is The Matrix. It definitely belongs in my top ten.

Others I liked a lot that were mentioned by the group are:

I also agree with John that anything with Clint Eastwood is good. I think he is my all time favorite actor. Even though I really like him, I’m not sure any of his movies would get in my top ten list. They are all enjoyable though.

He would be in my top one of two of quotable stars: “Make my day” etc.

Then another movie came to mind that no one mentioned that is on my all time favorite list:

Something Wild with Melanie Griffith and Jeff Daniels.

I’ve referred this to a number of people and it didn’t seem to tickle their funnybone the way it did mine and it was not a big commercial success but I was very entertained by it.

Here’s my revised and expanded list as of January 2002.

I will add this caveat. A lot of people seem to think that the best made movies were in the good old days but I personally think the movies are improving with time. I also think the acting is much better today – much more like real people than in the old days.