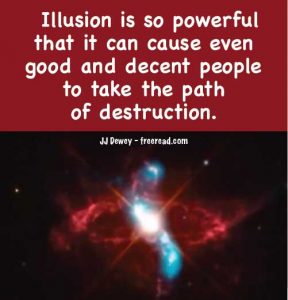 Concerning the possibility of a battery that takes in more energy than it discharges I agree that such claims are most likely to be flawed. If such a battery does exist then it would have to receive its energy from somewhere. There are some exotic possibilities such as the zero point so I make it a habit to “never say never.”

The question is – where do we get that power?

(1) Alternative power – wind, solar, geothermal etc. All these combined only supply 2.4% of our electricity in 2001 and show little prospect of supplying the great increase in need that we shall require.

(2) Hydro Power. This is a very clean source, but dams can be sabotaged or naturally fail at the expense of many lives and billions of dollars. Unfortunately, even with this risk we are maxed out with this source in the United States. Hydro power currently supplies 8.3% of our power and this figure is not likely to go higher.

(3) Natural Gas. This is a fairly clean source of power, though it does release CO2, a greenhouse gas. This source supplies 15.3% of our electrical power and like the hydro-electric it is limited in supply and it is not practical to look at this as a permanent source of the vast need we have for future electrical power.

(4) Oil. This is the substance we are trying to get away from. Most of the oil used in this country is in our vehicles. We only derive 3.2% of our electricity from this source and this figure is not likely to go up.

(5) Coal. This is our largest source of power, supplying a whopping 51.1% of the nation’s electrical energy.

Coal could be used to increase our electrical supply, but the cost would be great.

Here are some facts about our coal plants. (A) The U.S. burns about 1,000,000,000 tons of coal a year. (B) In 1996 coal released 88% of the 19 million tons of sulfur dioxide emitted and over six million tons of oxides of nitrogen, both dreaded pollutants. (C) The use of coal results in yearly emissions of at up to 2,000 tons of mercury, lead, arsenic and other metals. Much of the mercury winds up in our oceans. (D) Coal ashes are about 180 times more radioactive than the level of radioactivity permissible for nuclear power plants and are not required to be buried as is waste from nuclear reactors and uranium mining. (E) Coal mining causes about 20,000 tons of radioactive uranium to be brought to the surface of the earth each year. (F) Coal burning plants add billions of tons of carbon dioxide to the atmosphere each year, this is the main gas accused of causing global warming. (G) Pollution from coal burning is estimated to cause up to 50,000 deaths a year in the U.S. alone.

It looks then like our prime source of electrical power – coal – is not a good bet for long term expansion of our power needs.

Let us see. What is left?

(6) Nuclear Power. This supplies about 20% of the nation’s needs and is perhaps the most controversial source of power of all.

But, is this controversy warranted?

Questions: Are nuclear power plants dangerous? Why or why not?

Is there a safe way to dispose of nuclear waste?

Djwhal Khul said that the release of nuclear energy is an initiation for matter itself. What do you suppose this means? Should we assist matter with its initiation?

Djwhal Khul said this concerning atomic energy around 1945: “As the forerunner of that release of energy which will change the mode of human living and inaugurate the new age wherein we shall not have civilizations and their emerging cultures but a world culture and an emerging civilization, thus demonstrating the true synthesis which underlies humanity. The atomic bomb emerged from a first ray Ashram, working in conjunction with a fifth ray group; from the long range point of view, its intent was and is purely beneficent.

“Thus was the new era ushered in; thus was the stage set for a better future. This was the intent and the purpose of Those Who compose the Council Chamber of the Lord. It rests with humanity itself to take advantage of the proffered opportunity which this destructive manifestation made possible.” Rays and Initiations, Page 647

Yes, it indeed “rests with humanity itself to take advantage of the proffered opportunity.” He stated that this was an opportunity to supply humanity with such an abundance of economical power that it would “enable mankind to follow the good, the beautiful and the true” and usher in the age of peace.

What happened to this wonderful vision? The world was on its way to perfecting safe and economical nuclear power plants and suddenly those who saw themselves as the “enlightened” turned on this innovation and demonized it to the extent that much of pubic opinion has turned and now views this as the great Satan rather than a savior of mankind.

Why did this retrogression happen and why is it that the vision of the Masters has not yet materialized as hoped?

There are a couple reasons for this.

In past ages DK tells us that the energy of Shamballa (First Ray) was released to the Hierarchy and then stepped down through them in modified form to humanity.

Some time before World War II This powerful energy was released for the first time directly to humanity.

Not even the Hierarchy knew for sure what the initial results would be even though the projected end result was sure. The pure energy of the rays, like any power can be used for either good or evil. Money is a prime example of a power that can be used either direction.

To pick up the energy of this released First Ray many disciples incarnated into Germany where an opportunity existed to pick up Shamballa energy and direct it to the German for the good of the world.

The Dark Brotherhood was also aware of this release of energy and the basic plan of the Brotherhood of Light to pick it up and direct it for the good of humanity. They acted before the disciples of light realized their mission and picked up this great power first through their own disciple – Hitler.

As we know Hitler used this power in its destructive aspect and soon had Germany so under his grips that the work of the disciples came to a standstill and many wound up dying there without ever realizing why they incarnated in that country the first place. Some, like Rommel, were even deceived for a time into believing they should support the Third Reich – thinking that maybe this was what their mission was.

Fortunately for the world the Allies rose up and challenged the Axis powers and defeated them. They in turn gathered together Fifth Ray disciples from all over the world and harnessed the First Ray energy themselves as manifested in the creation of the atomic bomb and later transmuted the energy for potential good as nuclear reactors for peaceful uses of energy.

There is an interesting correspondence which has developed here. Just as the Brotherhood of Light was about to use the Shamballa energy in a positive direction in Germany, the Dark Brothers jumped in and corrupted its use, turned the tables and choked all light and evolution out of the nation with the world as the next target.

Even so, the next major reception of the First Ray was received by the good guys, scientists who worked on the Fifth Ray using theories created by disciples such as Einstein, Bohr and others until the power of nuclear energy materialized.

This time the situation was reversed. The Lights manifested the power of the First Ray and the Dark Brothers had to develop a response in an attempt to hinder mankind’s progress toward the new age as envisioned by the Hierarchy.

They thus developed a plan to launch a counter offensive. Since the genie could not be put back in the bottle the plan was to put the destructive aspect (the atomic bomb) into the hands of as many nations as possible who have the potential of being controlled by negative forces. At the same time they would seek to plant the seeds of delusion and fear around the building potential of this energy (nuclear reactors generating energy) by equating it on an emotional basis with the destructive power of the bomb.

If the people’s opinion on nuclear energy could be controlled by deceit and fear then the dark forces could seize control of this energy and use it or negate it toward their own ends.

The Trinity of the forces of retrogression work out as The Dragon (Father – Deception) The Beast (Son – unjust authority to secure the deception) and the image of the beast (Unholy Spirit) false prophet – carries out the deception by speaking the words of the dragon). This third group is often people of good intentions who have just picked up the wrong catch phrases and pass them on as gospel since they seem to sound like words of light, but instead are darkness.

We’ve spent many hours together talking about the beast of unjust authority and how it deceives the whole world one way or another. Well, here is an example that is currently staring us in the face and many of our brothers and sisters who we dearly love have been deceived into following the unjust authority of the beast in connection with nuclear energy.

One of the things that makes it seem like the beast wants nuclear energy is because it takes large corporations and sometimes governments to build and operate nuclear power plants, but we must remember this.

The beast is none of these.

The beast does not have to manifest through a large organization, but can manifest through a single individual who is believed through his power of pure emotional energy picked up and mindlessly followed by another individual. Thus does the power of deception and unjust authority reach down through millions of tentacles to tempt every single person on the earth away from the use of his mind and soul and away from the power of the Aquarian age which is ruled by mind (air sign).

We thus have the three unholy aspects of the Trinity seeking to suppress the knowledge of nuclear energy as revealed by great lights who have come to the earth.

(1) Deceit – “the dragon.” (2) The Beast – the misuse of authority to get you to believe a philosophy without examining it with the mind. (3) The False Prophets – the misguided believers who promote and pass on the deceit and unjust authority.

We shall discuss how this Trinity of energies is currently playing out in present time.