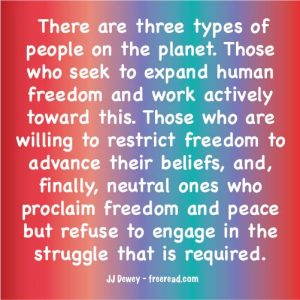 When I post my writings I often see that some do not understand completely. This is fine. At least they understand some and full understanding will come in a matter of time.

But when people misunderstand me I always feel unsettled. When I speak of apples and they see oranges it stirs my soul and I feel that correct communication is essential if we are to achieve oneness, therefore, I strive to make the communication effective. If one perceives a truth as clear as the morning sun but cannot convey that truth it will only seem as the blackest night to him who has not heard.

I know several rays of truth and wish to share and I assume you are here at least partially because you desire to receive so if I am to do my job I will correctly relate to you that light which has been given me. I am partially selfish in this for I cannot receive more if I do not give that which I have, but for me to give you must understand.

Now many do understand and joyously feel the light I send which vibrates within their souls and these entities are sensing the beauty of the Oneness Principle – that it is indeed possible for two or more to agree in all principles yet retain full individuality and power of decision.

There are three types of people on this little planet.

First there is the black and white letter-of-the-law type. This person needs laws and rules laid down for him by some strong authority before he will act. If, for instance, the Bible is his main guide he will follow it strictly and whoever speaks a word that is not in there is of the devil. Anyone who even has a different interpretation than his minister suggests from the Bible is also evil. This type is not only in the religions, but everywhere.

Among the lower evolution he will be a member of a gang or mob where he is under strict authority and rigid rules. If he is higher on the scale and a doctor he will strictly follow what he has been taught and laugh at natural cures outside of his practice.

If he is an attorney he will think that you can know nothing about law because you have no degree and he does.

The second type is at the other end of the spectrum and this is one throws out all the rules in one way or another and becomes a law unto himself. This person often grew up under a lot of rules, which caused much discomfort and at some point rebelled against them and discarded them as much as possible. He sees rules as linear thinking, restricted thinking, Neanderthal mindless activity that leads nowhere.

This type among lower evolution will not be in a gang or mob but will be an independent thief, con man or bully.

Among higher types he may be a rebellious doctor or one who enters alternative medicine, but ignores the rules and often gets in trouble with the authorities.

If interested in law this type will have his own interpretation of the rights of man, the constitution and live by his own law and often be at odds with the powers that be.

Many advanced number two’s are in the New age, metaphysical areas of thought. Those in this group will often use the phrase “following your own soul,” “all truth is within,” and “we all have our own truth.” This lawless philosophy becomes so nebulous that everything is true and nothing is true. Many in this group cannot name any set of rules, laws, teachings that they believe to be reliable truth. What they consider reliable is only what appeals to them from a teaching at the moment. Their minds will often dwell on some “ultimate” reality far removed from the real life of day-to-day living where real consciousness is. Many in this group see themselves conjuring up great achievements and wealth by merely declaring it to be so and refusing to see any negativity or dualities.

The ironical thing about this group is they often give seminars on “power to achieve,” yet neither they or their adherents ever achieve anything of significance. They often live out their lives as dreamers with little use to God or man.

Finally, there is a third group and this last category is always misunderstood by groups one and two. This person is not a rigid follower of laws and rules just because they were passed down to him or some authority has decreed them. But neither does he throw away all laws and rules. Instead, he examines them, tests them and submits himself to those which work or are useful to the individual or group.

If this person were a doctor he would not swallow the party line of thought, but looks for what works and if alternative medicine works he would accept it, but he would be wise enough to stay out of trouble with authorities unless he decides to go to battle in an intelligent manner with a possibility of winning.

In metaphysics and philosophy he realizes that real reliable truth is out there and does not retreat from the dualities, but accepts the limitations that he finds himself in and works from there to expand his ring-pass not. He realizes that the Soul and Spirit confirm truth but he must go out and seek and find it. When he does seek and finds truth, then he will accept such truth as law to govern his life until something higher comes along. He does not rely on all authority, but he does rely on proven authority and there will generally be some books, teachers and writings that he will deem reliable. Then there will be many others that he will see as pure fantasy and illusion.

Now here’s the funny thing. Group one thinks this guy belongs in group two and group two sees him as a dangerous group one.

Let us take the example of drugs for instance.

The group three person will often be quite tolerant and maybe a little experimental, but rarely addicted to anything.

He may say something like this to the group one: “Yes, I drink a little wine, coffee and take some aspirin now and then. I played around with some illegal drugs when I was young just to see what the big deal was and it was no big deal. If George Bush took some coke when he was a young party animal that’s fine with me. What’s the big deal?”

When group one hears this type of talk he immediately categorizes him as a group two person who lives by no rules and is part of the liberal enemy that’s out there.

On the other hand, he may say something like this to a group two: “I am against drug addiction for it can waste an entire life as well as have a negative effect on countless other people. I believe that certain rules, regulations and laws are necessary to preserve order.”

On hearing this the group two may say: “Oh, you’re one of those rigid law and order types aren’t you? You want to take your truth and shove it down my throat. Well, I have news for you…”

You get the idea.

One of the problems is that the only one who can immediately understand the group three is another group three. It takes a tremendous amount of explaining and clarity for the other two groups to see the point that black and white acceptance or rejection is not the path for this individual.