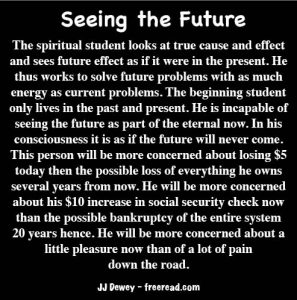 I was considering the paranoia that many have toward nuclear waste and it finally occurred to me how to present the situation in a way that the average reader can identify.

We have an objective which is simply to take the nuclear waste and dispose of it in a manner so we have relative assurance it will not be a major hazard in our lives or that of future generations.

Why do I say “relative assurance?”

Because absolute assurance (which the activists demand) is an impossibility in any aspect of life.

Let us compare a goal of going to the grocery store with a similar paranoia of activist mentality to make a point using similar probabilities that they seek to impose upon humanity.

The Goal: Go to the store, buy a pound of hamburger and return safely.

The first step is to open the door and walk out to your car.

But wait! This is a ‘fatally flawed” plan from the beginning. There are many dangers even in this first step.

There is about one in a trillion chance that a meteorite will fall from the sky and rip a hole through your body. Before you even go outside we must spend several million on a study of meteorite probability and if we are in a high meteorite zone then perhaps you should not leave the house at all.

Then there is the dog problem. Every day throughout the world many people are bitten by dogs as they are leaving their homes.

We need to spend additional millions studying the probability of being bitten by a dog in the area and possible remedies if this dreaded event would happen.

There is also a chance that an angry neighbor may accost you and do you harm before you even get to your car. We must therefore do psychological profiling on all the neighbors to determine risk and if the risk factor is more than .001% over a hundred year period then the trip should be cancelled.

If you are foolhardy enough to venture out to the car you will then have bigger problems. There is a chance that when you attempt to start your car that the electrical system could short circuit and your engine could catch fire. This happens every day to dozens of people.

And how secure is your fuel tank? Some silly kid could prey off the lid with a screwdriver and throw a match in the gasoline.

Obviously, you need to do many studies before you even start your car.

Once you start up your car and have nerve enough to ride just a few feet from the terrible exploding forces at the engine’s core you then have even greater problems.

Now there is a danger you may crash into another vehicle driven by exploding fire even more fierce than your own. You could be killed or maimed just as thousand of others are each year.

The frightening thing is that most accidents occur within two miles from your home – so please avoid driving near the house or neighborhood.

Now that you arrive at the store do you realize that the hamburger there may be contaminated – maybe even have e-coli? Before you buy any meat you must find where it came from and have a statistical analysis ran on the purity of meat sold there over the last ten years.

These remote fears sound silly don’t they? Yet many of the fears around nuclear energy are even more remote. Keep in mind that not one person has been killed by the radiation from a reactor for the generation of electricity in the western hemisphere ever, yet people have been struck by meteorites, had their cars explode and have died of e-coli.

The fact is that if we allow ourselves to be alarmed and controlled by fear of remote dangers then life will come to a standstill and deteriorate.

This is what has happened to us concerning this choice source of power in the United States. Because of baseless fears raised by activists and a scared public we have not had a nuclear reactor approved in over 20 years. (Note: ended up being 35 years – in 2016 before a new one came online) We have become paralyzed in this area because of possibilities as remote as getting struck by lightening on a sunny day.

We have had the term “fear based” thrown about when no fear was involved, but if anything deserves this title it is those who are anti nuclear energy because of some fear of harm.

A thousand years from now this fear of nuclear energy will be viewed with more disdain than will be the opinion of the people of the dark ages who feared sailing off the edge of the world because it was flat.

But perhaps a closer correspondence to the activists is the Luddites who appeared at the beginning of the industrial revolution. This activist group was started by weavers who protested incoming steam powered weaving machines. Even though the advance of steam over human power would greatly benefit society as a whole, the Luddites wanted “alternatives” to the powerful and dangerous steam technology.

At first they staged peaceful protests, but when they saw that the new technology was making inroads and their way of life was threatened violent protesting and sabotage became prevalent. The Luddites resorted to attacking and destroying the steam powered looms by any means they had, not caring for the added expense incurred to both the manufacturers as well as consumers.

What made things more difficult for progress was that these anti-technology advocates were not the dummies that some historians portray. Many of them were well educated and had considerable political influence. They were also good at public relations and managed to get a large portion of the public to sympathize with their cause. Many of the farmers, common people and even manufacturers who would benefit by the new technology secretly assisted them.

Fortunately for civilization, the English government came down hard on the Luddites when they broke the law and when violence ensued the authorities greatly increased the crackdown.

Despite their political connections and public support the rule of law prevailed and within a decade the new prosperity brought about by the steam powered technology caused a waning of support for the Luddites and the opposition to the advance of civilization turned into support.

Now, almost two hundred years later, people of this age look back on the Luddites and assume they must have been stupid, backward people to oppose such an obvious benefit. In fact the term “luddite” is sometimes used to identify a dim-witted person who is confused by modern technology or thought.

The fact is the real Luddites were fairly intelligent. They look dim-witted by our standards because they were deceived by their own self interest and belief systems.

Even so, when the power of nuclear technology prevails, several hundred years from now the people of the future age will wonder about the intelligence of those who currently oppose nuclear technology when the risk is so small and the benefit so great – especially when one considers the advance in safety of the new generations of power plants to come.