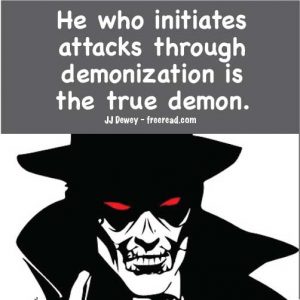 The Ten Deceptions Part I

As I was checking out Amazon.com for books on nuclear power I found one that looked interesting and seemed to have good reviews from intelligent sounding people except for one anti nuclear fanatic. I was amused by his words which read:

“INFINITE NEGATIVE STARS! THIS GUY IS HITLER INCARNATE!, June 24, 2001 Reviewer: A reader from SEATTLE WA USA Nuclear power sucks. Have you seen the movie “The China Syndrome”? That movie tells the truth. We humans are truly the cancer of the earth and our disregard for this fragile planet shows that we need to go. The development of nuclear power shows our egotism is out of control. This guy hates not just children, but, more importantly, all legitimate life on this planet as well.”

As you might guess, I bought the book and found it very well documented and informative.

Unfortunately many activists do not seem to show much more reasoned thinking than this guy. His main source of enlightenment on the subject is Hollywood. This explains a great mystery:

This dichotomy has never made sense to me, and now, after I have spent time re-examining both sides of the issue, it is still difficult to understand how one can examine the data and be so opposed to nuclear power, yet at the same time claim any connection with the power to reason, especially if you want to reduce greenhouse gasses.

So what are some of the deceptions perpetrated by the anti nuclear activists? Here are a few.

(1) The greatest most persistent deception is that nuclear waste is a great danger to us all and the storage problem is far from being solved. Because of this supposed unsolvable danger the only course for mankind is to cease building nuclear power plants and seek alternative means.

The author of the above mentioned book I bought from Amazon makes some good statements on this issue that is difficult to improve upon.

“Although most people think that nuclear wastes are the most deadly wastes ever produced, this simply isn’t true. The wastes from a coal-burning power plant are potentially ten times more deadly than the untreated wastes from a nuclear power plant. According to waste disposal experts and the U.S. Department of Energy, if all of the air pollutants produced during a single day by a coal-burning power plant reached the lungs of people, these poisons would kill ten times as many people as would die were they to inhale or ingest all of the wastes produced during one day by a nuclear power plant .

“Contrary to what you may have heard, nuclear wastes are far from being the “most toxic substances known to man.” If you have the least doubt about this statement, consider the fact that over the last 20 years, one million Americans have died from breathing the air pollutants produced by burning fossil fuels. During this same time period, the untreated nuclear wastes held at temporary storage sites haven’t killed a single person. These are the facts, and they are hard for a reasonable person to ignore.

(2) Deception Number Two Nuclear Waste will continue to be a deadly toxin for 250,000 to a million years and any storage facility or containers the waste is stored in must be proven to contain the waste for this period of time.

Because of this claim and the fear tactics of selling it to the public and many of our representatives in Congress, the safety of storing it in 1000 feet of solid rock is not enough for them. Who knows what may happen in 250,000 years? Maybe a giant earthquake will rip the mountain open and a few moments later a giant meteor will strike and scatter the waste to smithereens. And maybe pigs will fly by my window tomorrow morning.

Give me a break. We can’t let dangers that have a one in a trillion chance of happening ruin our lives. If we did no one would even venture to the grocery store for fear that a solar flare will melt their car.

The sad part of this illusion is that this myth has prevented us from obtaining an extremely safe site at Yucca Mountain. The needless alarm created by activists has caused the government to spend 4.5 billion dollars and 14 years of time in studies of Yucca mountain and storage possibilities, and we seem to be further from going ahead with safe waste disposal today than ever before.

Therefore instead of being buried in a thousand feet of rock the waste is… where is the waste?

The waste is generally stored in the back yard of the nuclear reactor plants around the country, buried, not in a thousand feet of rock, but no more than 30 feet below the surface in over 100 locations thought the United States.

Even though the chances of exposure to the public is about a million times as great as if the waste were stored in one location in a thousand feet of rock at Yucca Mountain, there has not been even one death attributed to the waste.

That’s a pretty good record considering that coal fired power plants are accused of causing up to 50,000 deaths a year.

The actual record proves that storing nuclear waste on site is relatively safe, even though it would not be as secure as storing it in one safe site as Yucca Mountain.

Perhaps the greatest danger we would have from the current method of waste storage is if a terrorist were to hijack another plane loaded with fuel and crash into a nuclear power plant. A danger greater than reaching the nuclear core is that such a crash may scatter some of the waste material to the winds.

This brings up a point of great hypocrisy. Why have the activists, over a fourteen year period, protested a safe storage a Yucca mountain when the current storage system causes a risk over a million times as great? You would think that in the interest of safety we would pick any reasonable site and go for it.

What makes more sense? All the nuclear waste gathered in one location buried in a thousand feet of rock in a sparsely populated area that even an atomic blast could not disturb, or to have it scattered in over a hundred separate locations that are an easy prey to terrorists near large population centers?

Are the activists really interested in public safety, or perhaps some other agenda?

“But,” they complain, “we must protect future civilizations for the next 250,000 years from our waste and we do not even have a container that will last that long.”

First let me point out that the plan is to encase the nuclear waste in ceramic glass which is more difficult to break than most rocks and tests in Canada have proven that it is likely to hold the waste for over 100 million years, far exceeding the 250,000 years goal. In addition to this the glass will be encased in stainless steel to further insure security.

No it is not. The fact is that if we can contain the waste for only 1000 years then the most hazardous of the waste will be reduced in power by less than a billionth of its original radioactivity.

As most of you know a half life is the time it takes for half of the dangerous radioactivity to disintegrate. The shorter the half life, the more radiation is given off. The most hazardous waste has a fairly short half life. Cesium-131 poses a health risk because it produces penetrating gamma rays. Strontium-90 produces less penetrating beta rays but can be absorbed into bones because it is chemically similar to calcium. Yet both these isotopes have half-lives of only about 30 years!

This means that one half of the radioactive waste composed of these two elements is rendered completely harmless in 30 years. In 60 years only 25% of the waste remains and in 120 years there is only 12.5%. If we continue here we can easily see that we do not need any 250,000 years, for the worst of this waste to become harmless.

Then when we get to 1000 years less than a billionth of the initial radioactivity remains, making it less dangerous than the radioactivity in many homes.

So where does this 250,000 year danger period that the activists cite come from?

This comes from a long-lived waste product called Plutonium 239 which has a longer half life of 24,400 years.

What they do not tell you is that the long half life actually makes Plutonium much less dangerous than the by-products with a short half life. Because it takes plutonium-239 over 800 times as long to shoot off half of its radioactivity than strontium-90 or Cesium-131 this means simply that the amount of dangerous radioactivity it presents is very low in comparison to the high level wastes. So low in fact that radiation expert Prof. Bernard Cohen volunteered to eat some to expose the truth of some of Ralph Nader’s claims.

Here are his own words:

“I offered to eat as much plutonium as he (Nader) would eat of caffeine, which my paper shows is comparably dangerous, or given reasonable TV coverage, to personally inhale 1000 times as much plutonium as he says would be fatal, or in response to former Senator Ribicoff’s statement to inhale 1000 particles of plutonium of any size that can be suspended in air. My offer was made to all major TV networks but there has never been a reply beyond a request for a copy of my paper. Yet the false statements continue in the news media and surely 95% of the public accept them as fact although virtually no one in the radiation health scientific community gives them credence. We have here a complete breakdown in communication between the scientific community and the news media, and an unprecedented display of irresponsibility by the latter. One must also question the ethics of Nader and Ribicoff; I have sent them my papers and written them personal letters, but I have never received a reply.” From: The Myth of Plutonium Toxicity by Bernard L. Cohen

It is interesting that this dreaded plutonium which, according to this nuclear expert, is no more dangerous than caffeine. To top it off he was willing to publicly eat or breathe some to prove it. The total volume of the waste of this element for the whole of the United States, which has caused so much protest, would fit in the average sized living room. Now if we cannot safely dispose of a living room full of substance – no more dangerous than caffeine – we are not as smart as we think we are.

We have about ten billion dollars set aside from taxing nuclear facilities to accomplish this. Surely this should be enough money on top of the 4.5 billion already spent!

But wait… Maybe the $10 billion is part of the problem and not the solution. Could it be that this money has been earmarked for other projects such as the mating habits of the Borneo beetle and it would be awkward for politicians to cough up the money if we decided to use Yucca Mountain? Is it possible that the money issue is the real reason that many politicians seem to side with the activists, who themselves are well heeled with money? I read one estimate that they have access to over a billion dollars of promotional money a year for their various causes.