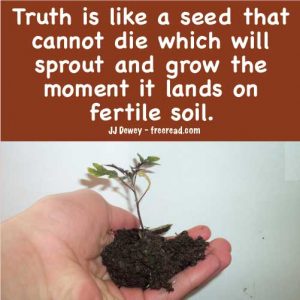 A reader comments that everyone asks questions

I have not found this to be true from my experience. Whenever I have been in any class either as a teacher or student there have been two or three asking questions and the rest relatively silent. Whenever I have discussed philosophy with others I have found that few have questions about what they have learned.

All people do ask some questions but they are usually related to the assignment at hand making the question part of following orders to learn rather than original thought.

Scholars and researches ask questions in their line of work but most of them do not question their authorities. They usually ask questions to merely reinforce their belief system.

Disciples and aspiring disciples are found in all fields of human endeavor. If you find one asking questions requiring independent thought then there is evidence that the person is on the path.

The aspiring disciple not only asks more questions, but asks a different kind of question than does the average person.

Her are some examples:

Authoritative Teacher: The sun is the hottest orb in the solar system.

Above average student: How hot is it?

Aspiring disciple: How can you prove it is the hottest? Do you know the temperature at Jupiter’s core?

Disciple: What makes you so sure the sun is hot – after all microwave energy in an appliance is not hot until it reaches its destination.

Above average student: What about the reports of a conspiracy?

Aspiring disciple: What about the magic bullet theory? How do you explain that?

Disciple: Let me ask some questions about the probably root cause of the assassination. I have a question related to his mob connections…

Authoritative Teacher: The speed of light is 186,000 miles per second. Nothing can go faster than this.

Above average student: Isn’t the exact speed of light 186,232 miles per second?

Disciple: Not too long ago they thought we could not travel faster than sound. Now there seems to be a correspondence between light and sound, in other words light is sound vibrating at a faster rate. Would this not mean that the light barrier could also be surpassed?

Authoritative Teacher: The Stigmata is a sign from God

Above average student: What causes the Stigmata?

Aspiring disciple: What makes you think it is a sign from God? Is it not possible that there is a natural cause?

Disciple: Isn’t it possible that this is a sign of a person’s intense belief system manifesting reality rather than a sign from God?

I could have added one more category here and that is the pseudo intellectual. This guy asks questions to show off his own intelligence more than with the idea of learning anything. An example would be the above student who corrects the teacher with a more exact reference to the exact speed of light. This correction was not necessary to help in the point the teacher was making.

One thing to notice about these questions is that as we progress from the average student to the disciple we find the questions will be more challenging to the status quo, more independently thought out and less likely to follow the line of least resistance.

This illustrates that when I speak of an aspiring disciple asking questions, I do not mean just any question, but that he acquires a questioning mind which questions mainstream thought.

Isaiah wisely said: “He that believeth doth not make haste.”

The disciple, or aspiring disciple, will not believe in haste what he has been told. He will check it out and question it no matter how unpopular he is for doing so.

Now we move on to the next principle in the discovery of truth which is:

Plant a seed thought in your mind and heart, and feed this thought with contemplation and meditation. Observe the fruit that comes forth, and accept that which is sweet and registers with your soul.

What is a seed thought and why is this a viable tool in the discovery of truth?

A seed thought is basically any thought, sentence, phrase, or idea that you choose to focus on with contemplation over a period of time. Because all words are symbols of some truth all seed thoughts have the capacity to generate higher realization.

Some teachers have emphasized having a monthly seed thought and this is not a bad idea, but I recommend having at least three working out within you at all times.

(1) A seed thought around a great mystery that may take you a lifetime to solve.

(2) A seed thought around an idea that will probably bear fruit within 30 days.

(3) A seed thought around a concept that you will reveal light in the present time.

Now let us demonstrate the use of seed thoughts in the search for truth. I will give you a thought and you contemplate it, think about it and use it in your meditation and see what realizations of truth comes to mind.

“As I focus my attention on the light of the soul I see a greater light still.”

Contemplate this sentence my friends and share with us what comes to you.

Remember the principle of asking and receiving.

What are some questions we can ask ourselves about this phrase to stimulate greater light?

I received an e-mail asking me why I do not use the principle of manifestation I talked about earlier to manifest the wealth I need.. It sounds simple when I present it but mastering the process is quite difficult. To get an idea of how difficult we can look at those who have manifested the stigmata and observe how much they had to go through to create it.

First the dedicated Saint had to visualize the crucifixion and sufferings of Christ with relentless persistence. Then he had to identify emotionally with the suffering, often for many years.

Even though there were many seeking for holiness, those who actually experienced the Stigmata were very few.

If we can thus identify with the energy and dedication necessary to produce this one manifestation then we can understand better how difficult it is for us average folk to master this science of direct manifestation.

Nevertheless, the art is possible to master and, as it is in all things, eventually the impossible becomes possible, and the possible then becomes an easy thing to accomplish.

OK, we have given out the first seed thought and nothing much happened. Then I gave a hint that the principle of questioning should be applied and still not much has happened although I must admit that Rick came up with an interesting visualization.

Remember that I told you that a disciple will ask questions?

How many of you thought to ask questions about the seed thought when I gave it out? As we progress toward discipleship we must remember this. All people will ask questions when they are directed to, but how about when we are not directed to? How about when I just give the thought out with little information? Did you think to ask?

If not do not be discouraged. We are not all here because we are perfect, but to make progress in that direction.

I am going to help you out with the questions on this seed thought, but for the next one I expect that you will need little help.

Let us repeat the seed thought:

“As I focus my attention on the light of the soul I see a greater light still.”

What is light anyway and how does it reveal?

What is the source of the greater light?

How could I see the greater light within an already great light?

Does this lesser and greater light create a duality?

Do the two lights produce contrast?

Does the contrast create higher vision?

What is the lower correspondence to the two lights?