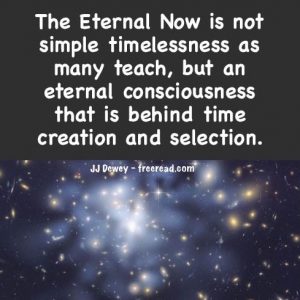 Good comments on the Great Invocation and the Plan. Overall the Plan is quite complex. For instance, DK says that “Think not that I can tell of the plan as it truly is. It is not possible for any man, below the grade of initiate of the third degree, to glimpse it and far less understand it.”

For what we can understand he says: We need “to know (and not just dimly sense) that tiny aspect of the whole which is the immediate step ahead and with which cooperation is possible.”

In other words, the plan as far as us struggling seekers is concerned is that we become connected enough to understand what we can do to cooperate with the next step as perceived by the higher lives.

I see that a reader was impressed this statement:

“It is the production of a subjective synthesis in humanity and of a telepathic interplay which will eventually annihilate time. It will make available to every man all past achievements and knowledges, it will reveal to man the true significance of his mind and brain and make him the master of that equipment and will make him therefore omnipresent and eventually open the door to omniscience.”

I would assume that to “annihilate time” would be to share in the consciousness of what is called “The Eternal Now.” It also sounds like he is projecting the end result of the plan here rather than the immediate step which is for us to sense the next thing we can do to cooperate.

I’ll end this with one more question on the Great Invocation.

It speaks of restoring the plan on earth.

Does this mean the plan was once working effectively among humanity? What happened and when did it happen?

A reader mentions that the separation of humanity into male or female, or our descent into duality may have frustrated the plan.

Another makes this astute observation: “As to the restoration of the Plan on Earth, it may mean that the Plan was working until Humanity became evolved enough from the animal state to begin using the lower mind and indulging the unenlightened desires.”

Another thinks the past mistakes on the moon chain or cosmic evil has something to do with it. Bruno points out we are a fourth ray planet indicating that we may have to have conflict before we are in harmony with the plan.

Good thoughts from all. I’d say that the common thread through DK’s writings is that humanity is out of harmony with higher will because of too much attention of selfish interests, This is a product of self consciousness and free will manifesting through the astral and lower mind. It appears that we are the only kingdom out of harmony. The mineral, vegetable, animal and fifth kingdom all connect as they are supposed to, but humanity has temporally fallen from alignment.

When enough of us are set in alignment so there will be peace on earth and goodwill to men (and women) then the plan will be restored and progress will go forward as defined.