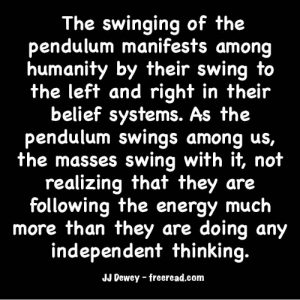 A reader asks: “How can I be more successful in getting the attention of my soul and Higher Lives?”

Perhaps the best answer I can give you on this is from a previous post I made earlier which reads:

“If you follow the highest you know there will come a time when you will be visited by a Presence, either visible or invisible. It will come at a time that you least expect it and a time when perhaps you feel the least prepared spiritually, but it will come.

“To dream and wish for the experience will only delay the happening. But if you take the highest you know and go forward in the vineyard of the Master and serve with no end in sight, in season and out of season, in good times and bad. If you serve with love in the dark of night with the same strength as in the light of day, if you continue with loving service through the fiery darts of hate, malice and betrayal and above all if it appears that even your Master and your God seem to completely ignore you as if you do not exist… Through all this you will continue to serve with the highest you know. You continue even if God himself seems to be your enemy putting every obstacle possible in your path and laughing at you as you stumble and fall. You rise up and continue. The time comes that it will not seem to matter to you any more if friends, God or the Masters approve of you or not. It matters not if you are some great chosen one or are looked upon by the Master as the least and most needy of the brethren. You will now serve for the sake of selfless love alone because the need is out there and you sense the need. When this stage is reached in your being one of the Great Ones will take notice and speak: “Behold, the servant! He has become as one of us. Let us invite him into the circle of higher friendship, brotherhood and service.”

“But even here the invitation comes not as you expected. All your expectations are shattered and soon replaced by newer ones and the groping in the dark is replaced by walking the path with vision. The reward for your selfless service is sight and as you see the path ahead your heart is filled with joy for that which you see is not what you imagined, but more than you imagined.”

The Assignment: Contemplate these three words “The Pendulum Principle” as a seed thought and see what comes to you. What do you suppose this principle is and how can it be used in the discovery of truth?

“The first thing that comes to mind is the scientific fact that a pendulum swings equal distance both ways.”

Now this is true if you have a balancing force applied as in a grandfather clock, but if such applied force is removed then each swing of the pendulum is less than the one before.

See the path as the central point where the pendulum would be if at rest. When it is in motion it swings across the path to the left and then back over the path to the right, but with a little less swing than before. This cycle is repeated until it comes to rest in the center.

How are people like the swinging of the pendulum? How can we find the center even as we live in the midst of the swinging masses? What corresponds to the diminishing swing?

The Evolution of Religion

A reader wanted me to comment on the direction of the churches today.

Religion several hundred years from now will be much different than it is today.

It was not long ago that the major political systems of the earth were extremely authoritarian. The major turning point happened when the colonies in America rebelled and attempted to form a ‘more perfect union.” After winning the Revolutionary War the United States broke the power of many totalitarian systems of the past and created a federal government with limited powers over 13 states which retained the maximum possible self governing powers.

We are now approaching a corresponding evolutionary period for religion. Up to now most major religions have been very authoritarian with their members. It wasn’t long ago that if a member broke with tradition he was put to death or imprisoned.

Today such punishments for religious rebellion is rare because of gains humanity has made in the political arena. Even so, most churches still apply maximum punishment to all who defy tradition.

Methods of hanging on to control is to hold the threat of excommunication over the heads of members. Another tactic is to condemn the member to the fires of hell or separation from God if he does not conform.

The ministries of various churches are controlled with the threat of demotion or loss of job and livelihood.

The teaching of doctrine in the churches has in the past been very rigid and it has been demanded that members in good standing conform in belief and not consider looking into the value of alternative beliefs.

The seeds of change has been in the air over the past several decades and the churches are now approaching a point of tension where there will shortly be a revolutionary war of rebellion within the world of religion. This war will be fought on both the emotional and mental planes.

After the dust has settled from this conflict there will be many people making a break from their mother religion in ideology while still remaining membership in name. We will see groups of Catholics, for instance, meeting, sharing sacraments and teaching each other without the aid of a priest. From the black and white Baptist and other born-againers will evolve groups of mystics who will incorporate rites and teachings in and out of the church.

Groups of Mormons who study doctrines outside of church guidelines will eventually grow too large to excommunicate them all.

There will be a natural gathering of seekers and open-minded people out of all the religions who will begin to realize that even though they are from different religions that such individuals have more in common with each other than they do their native religion. As this realization begins to dawn on the many a one world religion will begin to manifest.

These study groups and mystical organizations will realize that they have numerous things in common and will recognize certain points of unity which will bring them together such as the 12 principles of Synthesis mentioned earlier which reads as follows:

These seekers gathering from their churches on the mental plane may not all gather physically as taught in The Gathering of Lights, but will stay behind and prepare the masses for things to come.

These diverse groups will demonstrate that there are many ways to worship God which bring similar results and will gain an appreciation of each others ceremonies and beneficial teachings.

Eventually, the invisible God will be seen as the head of all spiritual movements and the various groups of seekers will be diverse as were the original thirteen states, yet united in purpose. These break offs will be seen coming from all religions including the non Christian.

Many of these enlightened groups will believe in the principles taught within the gathering of Lights and want to be associated, yet not physically gathered. An association will thus be made and many of these people will maintain an association with the Gathering while keeping their membership with their mother religion.

The scripture from Isaiah of seven women taking hold of one man could take an entirely different turn in fulfillment if the workers in the field do not do their jobs and there is a devastating World War III which kills most of the men. In such case, with a shortage of males we would have situations where seven women could seek out one male.

I prefer the idea of seven churches seeking to be the brides or Christ instead.

Question: In the past we talked about the line of least resistance and the line of most resistance. How do you suppose these two paths play out in the Pendulum Principle?