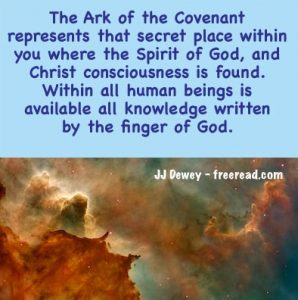 Just a few more words on the coming of Christ. Some may not give a rats behind as to whether the Master plants his feet among us or not claiming instead that they have the Christ consciousness and that is good enough.

But what is the Christ consciousness? It is the same consciousness that the entity who is Christ possesses and all who truly have it are one in thought and vision. Many there are who teach and claim to have Christ Consciousness when indeed that which they posses is higher emotional feeling. Such feeling is pleasant, but it does not mean that the world of the intuition is open up so the Oneness Principle is activated.

The entity who is the Christ occupies that office because he is most in tune, from among the human family, with the middle principle of soul which brings oneness to all who correctly incorporate it into their consciousness. If two people are unable to come to an agreement on a principle then one or both of them do not have the Christ consciousness. Two people in such consciousness will always reach agreement when the truth is pursued.

What is the consciousness of the entity who is Christ? His consciousness is centered on the Masters of Wisdom, and especially himself, returning to the earth as soon as practical and assisting to elevate mankind into higher levels of achievement.

This will be such a significant event in the history of the world that one would have to be devoid of appreciation of the needs of humanity to not be thrilled with the prospect.

As a reader said, even the Highest Masters have to change plans now and then, but nothing has happened to prevent his coming. As far as the division and conflict we see among various groups that has been anticipated and is even prophesied of in world scriptures. The biggest setback in preparations for his coming has been the failure of some disciples to play their expected rolls. This has forced more work upon those who remain standing. Nevertheless, the plan of reappearance goes forward and if we do our part in the next thirty years the miracle of the consciousness of the entity who was Christ, Krishna and Melchizedek will be among us again down to the physical level.

A reader makes this statement: “There is no such thing as failure.”

Actually, if we go by the meaning of failure as defined in the dictionary and used by the masses there is indeed failure. My American Heritage Dictionary on my computer gives this as the main definition:

“The condition or fact of not achieving the desired end or ends.”

If I therefore set a goal of getting to work at 8:00 AM and arrive at 9:00 AM I have indeed failed in my goal or “desired end.”

If I have a goal to get on the next Survivor show and am not selected then I have failed again.

If I spend our grocery money on lottery tickets because I have a lucky number that I’m sure will win, and I lose then I did indeed fail to win the lottery.

Some have the philosophy that there is no failure to cheer themselves up because most of us have failures on a daily basis and it is discouraging to have too many of them.

Others teach this philosophy because when they say failure they do not really mean failure. What they are really saying is that we can learn from our failures.

For instance, if I get to work an hour late and am royally castigated by my boss and threatened with dismissal if it happens again I may learn to be more diligent and not let it happen again. On the other hand, I may say “to hell with it” and go to work for myself so I can start work when I feel like it.

It is true that we can learn from our failures often more than from success. Actually we do not learn that much from success. Every major success achieved is created by a path paved with failures overcome. It is the failures on the path to success where the real learning lies.

Still others say that there is no failure because at some point at the end of time all souls will return home. But if time and space were to end, there would be no success or failure for both are ingredients of the great duality.

In this reality we are in there is indeed success and failure.

And why have I chosen to expand on this topic? It is because one of the greatest illusions of the day is caused by the denial of duality, while duality exists for us. Any denial of that which is true leads to more and greater failures than those experienced by one who faces the truth of failure and perseveres in learning from it and turning it into success.

I have failed hundreds of time in my life and they have been some of my greatest learning experiences. Keep in mind that it is possible to fail and be so bullheaded that nothing is learned from it, but I have found that when you aren’t afraid of using the word and face it head on and take in all there is to learn from it then the reward can be great. Failure overcome can therefore be a stepping stone to success, but when the end is success we then have that delightful opposite of failure for success can only exist when there is a possibility of its opposite.

So we can understand those who say there is no such thing as failure because each failure gives us an opportunity to learn. But what such people are really saying is that there is no failure so great that something cannot be learned from it.

The Question: “What are the methods of contact used by the teachers and higher lives wherein they remain invisible to the receiver? How do these methods work and why are they used in place of physical contact?”

This principle is illustrated in the life of Jesus. As great as he was and with all the manifestations that followed him there were only 120 followers after his crucifixion. But weeks later when he was able to work through his servants on subtle levels 3000 joined the group in one day alone.

When a master is among us in the flesh the student has a tremendous barrier of ego to overcome in order to recognize the full value of the teachings, but when the Teacher works from subtle levels the disciple often thinks the concepts are his own idea so the ego is not quite the hurdle.

Now some may hear this and say that this is a good argument for the entity who is Christ to stay behind the scenes and work only on subtle levels.

Not so. The first coming of Christ and the Buddha in the flesh are great testimonies as to the power of the physical presence of Masters, though they may not be well received at first, even by their own disciples. The physical presence establishes a very necessary link for the new teachings and energy to be transmitted. Without such periodical presence, work on the subtle levels would begin to lose potency and stagnation would occur.

So what are the methods of contact used by the teachers and higher lives wherein they remain invisible to the receiver?

First keep in mind that not all forms of invisible communications are from higher lives. Many channeled efforts bring data from entities of quite average intelligence.

The methods used by the Masters of Wisdom on up always involve full consciousness on the part of the receiver whenever possible whereas astral entities are happy to send the medium out of his or her own awareness and take over consciousness.

There are three main invisible methods:

(1) Telepathy. Here there disciple picks up the actual words transmitted by the teacher while still maintaining full awareness. The Course in Miracles was transmitted this way as were some of Alice A. Bailey’s material as well as Blavatsky.

(2) The science of impression. Here the teacher sends the student whole thoughts rather than words and the sensitive student picks up the impression through the language of principles and incorporates them.

This can only be used on disciples who have developed the intuition.

The latter part of the Alice A. Bailey material was transmitted this way. Some enlightened world leaders also receive impressions which they often believe to be their own ideas and incorporate them. Often times when leaders are dense to impression, the teachers will work with their assistants who will then advise their superiors.

(3) Identification. This is a method used by the Masters themselves with their own higher teachers and is rarely used by mere mortals. The Christ and the Buddha used it when they were here in the flesh and a few others have touched upon understanding it. It takes the Oneness Principle to a new level and the receiver realizes that he and his Father are One to the extent that the identification is so complete that the disciple is as the master and has access to all that is in the mind of the Higher Life.

Time to move on to the next Principle of Discovery: The Pendulum Principle

Assignment: Contemplate these three words as a seed thought and see what comes to you. What do you suppose this principle is and how can it be used in the discovery of truth?

1 thought on “The Christ Consciousness”