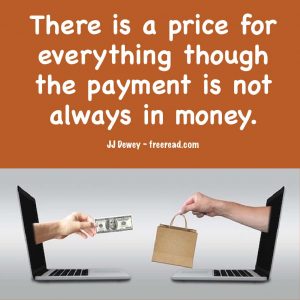 I notice that several others are having paranormal experiences.

Our group energy has indeed affected all who are actively participating through the Song, the NJ meditation and energizing loving thoughts. I know my sensitivity has increased and I have been seeing things I have never seen before. I also feel an increase in vibration. My advice is to just jump in the waters, explore and enjoy.

Question: “If I understand correctly ‘gathering’ is meaning to come together to join or bond with others in a molecular relationship of however many you have. 2-12-24 or combinations thereof 50-70-whatever you have in a certain area.

“In Joseph Smith’s days they believed that they were to ‘gather’ to a specific spot namely, ‘Independence Missouri’ which would be the future location of the ‘New Jerusalem’.

“Do you have any comments!”

Also, could someone enlighten me as to who were/are the Masons and what they are all about?

It was the design in that era to eventually gather in Independence Missouri. Joseph even predicted that it would happen in his generation, but the plan was frustrated by his premature death.

It is interesting that the Joseph was given an opportunity to pass the fourth initiation of the Great Renunciation and an interesting test it was.

He had found himself in dozens of hairbreadth escapes from death from his enemies so often in his life that the church members began to think he was invincible. Finally the governor of Illinois issued a warrant for his arrest for treason.

He was beside himself what to do for he told his brother if he was ever arrested again he would be killed. At that moment of great concern he received a revelation. He was told that he was to save his life and to go west to the Oregon Territory and continue building the kingdom there.

He took his brother and a couple men and escaped across the raging Missouri during a storm to Iowa. Shortly after being out of harm’s way he received a letter from his wife. She told him that everyone in the church was calling him a coward, that unlike Christ, he was the shepherd who left his flock to fend for itself. Neighboring communities were threatening to kill the Mormons if he did not give himself up. After writing this even his own wife indicated to him she thought he should give himself up and that God would protect him.

After he read the letter he shook his head and asked his brother, “What do you think? Should we go back?”

His Brother Hyrum said: “We have been in situations like this before and God has delivered us. I think we should go back and things will work out again.”

“No,” said Joseph. “It is different this time. If we go back we’ll be butchered.”

Then he turned to his old friend and body guard Porter Rockwell. “What do you think? Should we go back?”

“You’re the prophet. You make the decision,” said Porter.

Hyrum grabbed the letter and read it. “It sounds like they all want us to come back whether we get killed or not to save their own selves. They’ll think we are cowards if we do not return.”

Joseph felt extreme sorrow at this thought. He thought of all he had risked and given to the Saints (as they were called) and now his own followers were eager to sacrifice his life to save them from threats of neighbors that will probably not materialize.

As this wave of overwhelming sorrow descended upon him his brother said: “We must go back. I will return with or without you.”

Now the pressure on Joseph was of monumental proportions. How would he look with his brother bravely facing the authorities without him? Everyone would surely call him a coward beyond redemption. Any past acts of courage would be quickly forgotten and he probably would not be deemed suitable to lead anyone.

They did return, and despite the promise of safety by the governor Joseph and Hyrum were shot by an angry mob that were allowed to break into the prison to get him.

After he was shot the mob pulled his body next to a tree and shot him some more. There was a reward on his head and one of the mob went to his lifeless body and grabbed him by the head and was about to cut his head off when suddenly there was a sound out of nowhere like a cannon and a bolt of light hit him out of the clear blue sky and paralyzed his arm. Within seconds the mob dispersed in great fear leaving the slain brothers with their bodies at least intact.

The interesting thing is that Joseph is greatly honored by the Mormons for his courage in voluntarily giving up his life, but what they do not realize is that this was not supposed to be. The Brotherhood had hopes he would pass this difficult test which was the opposite of Jesus facing the crucifixion. His test was to live even though the whole world would have thought he was the greatest coward on the planet. What he did not realize is that those who were still capable of soul contact would have followed him west and the power of the Spirit within him would have been stronger than ever because of his following the Holy Spirit in such difficult circumstances.

Because of this failure he was not able to lead the saints back to Missouri and perfect the Molecular Order.

I think it is yet quite possible that there will be a gathering in Missouri, but I have been given no information in that direction at present.

There will be temporary gatherings in the various nations of the earth in preparation for a physical gathering into one body of the lights of the earth. This gathering will be on a new land is all I can say at present. This is a hint. The answer is not what you expect.

They are a very ancient organization and are guardians of various ceremonies and rites which have been corrupted, but in the new age various initiates will revitalize it with revelation and correction. Several offshoots will materialize taking the best from the masons and restoring some of the ancient knowledge with added new knowledge and keys.