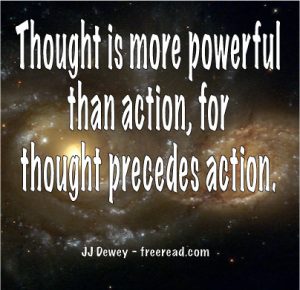 The Magic of Power

The second sub aspect of the First Ray of Power is Power itself. We understand power as it manifests in the material world, but what do you suppose Power is from as higher point of view? Why must divine Will precede divine Power?

Actually the sub aspects of Will-Power-Purpose are interrelated and interdependent and it is only from a three dimensional outlook that we can examine them as first, second and third in order.

What exactly then is the sub aspect of power and how is it differentiated from the wholeness of the Father energy of Power?

The First Ray is generally called the Ray of Power because that word best describes our overall understanding of it, but without the interplay of Will and Purpose the Ray would have no real existence and be stagnate. This sub aspect is the soul of the First Ray and the soul of things is where power is made applicable.

“And the LORD God formed man of the dust of the ground, (Purpose) and breathed (Will) into his nostrils the breath of life; and man became a living soul.” (An agent of Power) Genesis2:7

As a reader mentioned, Power being at the midway point has a correspondence to Love which is the major middle aspect (Power-Love-Light). To understand this correspondence we must examine exactly what the energy of Love is.

Despite the world insisting that it is a great mystery we cannot understand, the core meaning is quite simple. “Love is that magnetic force which draws together two or more separate items. The meeting and blending of these separate creations produces an interplay – this interplay is that magic energy we sense as Love.”

What is often overlooked is that this interplay we call Love is also a form of Power. Love has power to motivate beyond all other factors and this is because it is so strongly linked with the sub aspect of power itself.

The magnetic power of Love then pulls together Will and Purpose and as they interplay at the midway point the magical Power of God becomes manifest.

Power as humanity views it is an active force. Things have to get pushed around before power is recognized, but the Power from God is different from this. From a higher point of view, the various motions which we see as power are merely effects, not real Power.

The sub aspect of Power is an invisible seed planted in the thought of God which is picked up by the thought of advanced Lives and planted in advanced minds. Real power becomes manifest when true realization occurs. This realization creates changes which are more than passing effects, but eternal as they fulfill the everlasting Purpose of the Most High.

The last sub aspect is Purpose.

Question. What is the meaning of this word and why do you suppose this sub aspect is named this?

First let us look at the orthodox definitions of purpose given in the dictionary:

The word comes from the Old French word “porposer,” from which the word “propose” is also derived. This indicates that purpose starts with a “proposal” (or design) and purpose is that energy that propels us toward completion of said proposal.

Generally, humanity sees purpose as merely having a goal, but if we see it as “motivation toward completion” we are much closer to the more spiritual meaning.

We go to school, choose a career and get married all because of some motivation that propels us toward a greater sense of completion, or fulfillment. Purpose drives us toward these things.

But that is Purpose as it consciously affects most of humankind. Is there higher Purpose?

Yes. There is a Purpose which all seekers sense that propels us forward on the spiritual path to seek greater completion as we merge with other souls with the realization that “all souls are one.”

As one goes up through the various levels of the Purpose energy we see that there are no words available to describe its higher meaning, but overall this is the only word we have that hints at the meaning of this sub aspect.

Beyond this all the Rays initiate from a point beyond time and space wherein dwells the One Great Life which has created all things through Purpose as I discussed in the Molecular Relationship. Our consciousness can only achieve a slim glimpse at the meaning of this originating energy, but many have found much inspiration in meditating on it.

Question: Why could there be no Purpose as we understand it without Will and Power?

Since Purpose is a female aspect (magnetic) and Will (active – radiant) is male this makes the two aspects as interdependent as male and female, positive and negative. The marriage of Purpose and Will create Power/

Question: Why is the First Ray which blends Will-Power-Purpose usually called the Ray of Power, rather than Will or Purpose?

Answer: This is because Power is the end result of the marriage of Will and Purpose. The creation (Power) thus becomes the most obvious characteristic presented to our view while the Creators (Will and Purpose) seem to be invisible behind the scenes.

It is interesting to note that as Will-Power-Purpose plays out in our lives that Power is much more sought after than the other two. We often wish for more power to make money, power to have more freedom, power to obtain love, happiness etc. Seldom do people wish for more Will and Purpose. But what must be realized is that the key to power (even personal power) is that all three of these aspects must call forth equal attention.