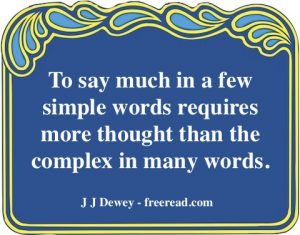 The Keys of Enoch

I was asked if I had ever read he Keys of Enoch and what I may have thought of it.

I have the first edition of The Keys of Enoch, published back in 1977 and read it way back in that time period.

This is a more convincing work than similar past works such as Oahspe and the Urantia Book. The reason is that Hurtak is a very intelligent man, very well educated in science, esoteric works and the Kabbalah. He also has a vocabulary that would put William F. Buckley to shame.

When I read this, I needed a large dictionary on hand to be able to decipher its meaning.

The book claims to be a revelation from the Biblical prophet Enoch as well as several other characters such as Metatron. It claims to give out 64 Keys that will aid scientists in transforming the earth.

I found the book interesting and one of the most difficult to discern because of the intelligent mind who created it.

One of my basic criteria for truth for a work that claims to be a work of light is this. Are there any new principles revealed or is there an expansion of teaching on principles already revealed?

Even though this was an engaging book I had to answer no on this. The book gives a lot of facts and data that may or may not be correct, but principles I could find none, excepting passing references to some already in circulation.

He gives 64 Keys yet I couldn’t find an actual key in any of the keys.

I’ll quote a couple of them:

Key: We live in a many and one universe.

Key:  Our universe was created out of the Light Synthesis of the next universe, the Pleiades, the cradle and the throne of our consciousness.

Key: The key name given to enter into the presence of the Throne of Light Pyramid of the next Universe is Metatron.

Key: The anti-universe is composed of star field energies revealed on the Black Cube in Mecca which shows the function and destruction of three-dimensional universes.

These are just four of the 64 keys. They all sound intriguing, but after years of contemplation I found that I could not make much sense of them neither do any of the believers in this book seem to make much sense.

Furthermore, here is a quote from the book that hurts the claim that the book is from God.

“The Keys themselves were given on January 2/3, 1973, to prepare mankind for the activation of events that are to come to pass in the next thirty years of “earth time.” Enoch said this will be seen as the Brotherhood returning to earth to repair and resurrect humanity. Within this time frame, the preparing of the office of the Christ and the Keys of Enoch are to precede Yahweh’s Kingdom – giving sufficient knowledge for activity in the new worlds as we proceed on in His Name…

“I was told that I was given the Keys in sixty-four different areas of science, which would be theoretically accepted by scientists in each of the sixty-four areas of spiritual-scientific synthesis, before the coming of the Brotherhood of Light.”

According to this statement by January 2003 (after thirty years) “activation events” are to occur we will see the Brotherhood returning to repair and resurrect humanity.

Then we are told that before the coming of the Brotherhood (before 2003) that scientists would accept the 64 Keys.

So far none of this has happened. A failed specific prophecy is always a sign that a book is not a work of infallible revelation.

Even so, I found it quite interesting and some of the ideas quite stimulating. It is a lot more provocative than a lot of the purported works of revelation out there.

“But to understand the method whereby that storehouse is kept replenished and to comprehend the means whereby the bounteous supply of the All Father is brought in contact with the children’s need is better still. One of those maxims I can here give anent supply and demand. It is only as a skilful use is made of the supply for the needs of the worker and the work (I choose these words each one with deliberation) that that supply continues to pour in. The secret is: use, demand, take. Only as the door is unlocked by the law of demand is another and higher door unlocked permitting supply. The law of gravitation holds the secret. Think this out.” DK – Letters on Occult Meditation, Pages 204-205