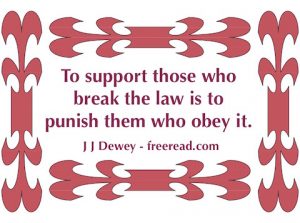 I was pleased today to see President Bush speak in a Muslim Center in Washington DC and actually preach peace to the nation by quoting from the Koran. I was proud of the guy. He’s stealing from my play book as to what I would do.

As some of you know I spent about twenty years of my life as a serious student of Mormonism and on reflection of the Book of Mormon I find that one of its core messages is very pertinent to this age, a message few Mormons even understand.

The Book of Mormon claims to be a history of a race of white Indians called the Nephites who lived in the Americas from 600 BC to 421 AD. In 421 AD they were virtually destroyed from this hemisphere. I have heard that there is a small tribe or two of white Indians in South America and once in a while a light-skinned baby will be born in a dark-skinned Indian tribe as evidence of their past existence.

The Book of Mormon tells us that one of the main threats the Nephites faced again and again and finally proved to be their downfall was a group of terrorists called the Gadianton Robbers.

These terrorists were very difficult for the Nephites to fight or to dominate because, just like the modern terrorists, they hid out in secret compounds and caves and were an enemy that was difficult to find and destroy.

In addition to this many associates to the terrorists lived among the people and passed themselves off as s supporters of the government, but in reality were dedicated to destroying it. The Nephites often did not know if their next door neighbor was a friend or a foe pretending to be a friend.

Besides operating in secret and hiding in the shadows the Gadiantons had great power for a number of reasons. (1) People were afraid of them. If the terrorists knew someone was exposing them they would be assassinated. (2) They had secret covenants and signs that allowed them to escape punishment. For instance, if a secret Gadianton was a judge and another of that order was brought before him, the one on trial would give the judge a secret sign which would signal that he was to be set free. Thus the authorities could arrest many criminals that would be set free. Sound familiar? (3) If any Gadianton did not cooperate and fulfill his oaths he was killed by having his throat cut. Thus even if a Gadianton wanted to change, he often lacked the courage. (4) The oaths were sworn to in the name of God. Thus many who may give their lives to go against the order were afraid of offending God who could punish them in the next world. Because of this few ever betrayed the order.

What was their goal? Their goal was to rob, plunder and gain power and domination by taking away freedom and replacing it with tyranny.

The Gadiantons as representatives of dark forces had a natural hate toward freedom and representative government, which the Nephites had. As long as there was one free people, tribe or person the Gadiantons were sworn enemies seeking to destroy that which was good.

During their history, the Nephites had periods of peace where they controlled the Gadiantons to a degree, but they always seemed to bounce back and finally at the end of their history the Nephites were completely destroyed by their power.

Mormon was one of the last surviving Nephites and compiled a record of his people in the hope that this record would be revealed to a future people who would occupy this land whom he referred to as the “gentiles.”

He and his son Moroni saw in vision the United States as it exists today and desired that this record would come to us.

Whether or not one is a believer in the Book of Mormon readers should find this quote interesting. It was written by the last Nephite, Moroni, son of Mormon.

20 And now I, Moroni, do not write the manner of their oaths and combinations, for it hath been made known unto me that they are had among all people, and they are had among the Lamanites. 21 And they have caused the destruction of this people of whom I am now speaking, and also the destruction of the people of Nephi. 22 And whatsoever nation shall uphold such secret combinations, to get power and gain, until they shall spread over the nation, behold, they shall be destroyed; for the Lord will not suffer that the blood of his saints, which shall be shed by them, shall always cry unto him from the ground for vengeance upon them and yet he avenge them not. 23 Wherefore, O ye Gentiles (the people of the United States), it is wisdom in God that these things should be shown unto you, that thereby ye may repent of your sins, and suffer not that these murderous combinations shall get above you, which are built up to get power and gain–and the work, yea, even the work of destruction come upon you, yea, even the sword of the justice of the Eternal God shall fall upon you, to your overthrow and destruction IF YE SHALL SUFFER THESE THINGS TO BE. 24 Wherefore, the Lord commandeth you, WHEN YE SHALL SEE THESE THINGS COME AMONG YOU that ye shall awake to a sense of your awful situation, because of this secret combination which shall be among you; or wo be unto it, because of the blood of them who have been slain; for they cry from the dust for vengeance upon it, and also upon those who built it up. 25 For it cometh to pass that whoso buildeth it up seeketh to overthrow the freedom of all lands, nations, and countries; and it bringeth to pass the destruction of all people, for it is built up by the devil, who is the father of all lies; even that same liar who beguiled our first parents, yea, even that same liar who hath caused man to commit murder from the beginning; who hath hardened the hearts of men that they have murdered the prophets, and stoned them, and cast them out from the beginning.

26 WHEREFORE, I, MORONI, AM COMMANDED TO WRITE THESE THINGS THAT EVIL MAY BE DONE AWAY, and that the time may come that Satan may have no power upon the hearts of the children of men, but that they may be persuaded to do good continually, that they may come unto the fountain of all righteousness and be saved. Ether Chapter 8:20-26 (Caps mine)

Few realize that one of the main reasons these Indian prophets compiled the Book of Mormon was because they saw our day and realized that we would have the same problem with terrorists that destroyed their own people. Mormon boldly states: “Behold, I speak unto you as if ye were present, and yet ye are not. But behold, Jesus Christ hath shown you unto me, and I know your doing.” Mormon 8:35

They thus thought that if they could warn us by showing us what happened to them that perhaps we may be a little wiser and remove the current crop of Gadianton terrorists from our midst for they seek to “overthrow the freedom of all lands, nations, and countries.”

Whether or not the reader takes the Book of Mormon seriously, we should indeed take its warning seriously, for I think we have seen that there are indeed secret organizations lurking in the shadows which seek to overthrow our way of life and bring tyranny on the earth.