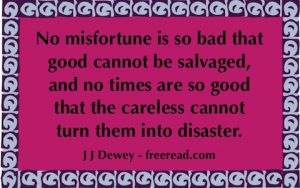 I Am a New Yorker

My Friends, I’ve been going to write some comments about this major catastrophe of 9-11, but its been difficult to settle on the thoughts I would want to express.

After a couple days reflection the keynote to manifest from this tragedy is LOVE.

Because of the tremendous loss and pain experienced by many one would think that feelings of hate, revenge and rage would dominate. There is some of this, of course, but overall the main emotion we have seen surface is love, concern, sacrifice and brotherhood.

I watched those who many would consider as “fat cats” break down and cry with sorrow over the loss of their employees whom they considered as family. Another said that the payroll would be met by his company and that he and other managers would take a loss in pay so the mainstream employees could get paid.

I watched the firefighters choke up with emotion for the loss of their brethren. When one described their association as a brotherhood, I understood because I was a firefighter for several years and when you live, work and take risks together there is indeed a closeness that develops. When I think back on my old friends in the department and I can see that they would also have taken the great risks that the firefighters in New York did. Thank God we never had to make that choice.

We often think of police as hardened and distant, but there was not one policeman in New York whose eye was dry or his heart was not touched over the loss suffered by the people and his comrades.

We tend to see people as greedy and willing to take advantage when opportunity presents itself. Yet at this solemn moment there was plenty of opportunity for those who have little to loot and destroy, but they did not.

We watched the President of the United States choke up with great emotion and concern toward the victims and become so affected that he had difficulty in finishing his answer to the press.

Our hearts were touched as we saw an English military band play the U.S. National anthem at the changing of the guard – an unprecedented show of solidarity ordered by Queen Elizabeth. We continued to be impressed by displays of love and concern shown by country after country. It felt good to know that we are not alone as a country in suffering this loss.

As I write this I see on the television that all of Europe is observing three moments of silence in respect for this tragedy.

One of the largest problems in the rescue effort is not a lack of help, but too many volunteers, not a lack of blood donated, but more than is needed.

I was impressed at a picture of a rescue worker who was so tired he was sleeping on solid concrete in a sleep so sound that he was oblivious that he was being filmed for national TV. His faithful trained dog was also sleeping with him and looked equally exhausted.

Time and time again we heard stories of people risking their lives in an attempt to save others and common people being more concerned for others than themselves.

We hear of great courage of the passengers on the plane that crashed in Pennsylvania. When one of them learned what happened in New York through a cell phone conversation he told his wife that he and several others were going to take action. Apparently they did and instead of crashing into the White House or Pentagon the plane crashed into empty field. We can only imagine the heroic struggle that took place by nameless ones who gave their lives to save thousands.

The ugly American, the arrogant American, the conceited American… No no no… I d do not know such people, not now. I see people, people like you and me, average people with hopes and dreams put on hold, rising to an extraordinary occasion, making a mark in history that shall stand for a thousand years.

No matter which city, which state or which country we come from we all stand with these brave souls and in the spirit of John Kennedy we declare: “I am a New Yorker.”