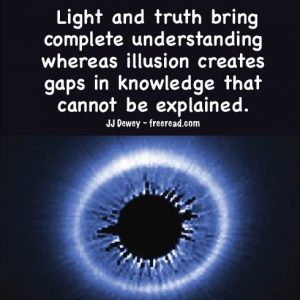 I remember thinking a lot of the future when I was a kid in the Fifties. Back then thinking about the Sixties seemed like science fiction, but the Twenty First Century? Thinking that far in the future seemed like a far away period that only existed in dreams where everyone had their own flying saucer in their backyard.

Many adults who were religious figured that Jesus would be here long before the century ended. Most saw this century (21st) as a time the wicked would all be destroyed and everyone would be running around following orders sent forth from the dictator Jesus.

The funny part was that even though they claimed that the world was going to be turned into a paradise few were looking forward to it. When I attended church I often overheard a statement like: “I hope Jesus doesn’t come for at least twenty years. I’ve got a lot of things I want to do first.”

What does this tell us of a popular concept of Jesus?

That he’s coming here to take away all our fun and freedom and that we’re all going to live like monks from that point on.

Let me tell you this. The coming of the Lord will be 180 degrees different from what is expected, and instead of boring us to death and taking away our opportunities, this will be a period of intense excitement, tension and opportunity. It could be over 100 years after his arrival before the world as a whole realizes that the Master of Masters has been here among us.

Think on this. It was over three hundred years after the birth of Jesus before his coming received enough recognition to even be noted by recognized observers of history.

When we say that the second coming does not include this individual entity manifesting again, what are we saying?

What we are doing by assuming this philosophy is charting a course for the Master instead of allowing him to outline his own destiny. Who are we to say that he cannot decide to reappear among us? He is the one who decides whether or not to manifest. His individual manifestation has nothing to do with whether or not it fits into our preconceived notion of what the Second Coming is supposed to be.

Why should we believe he will come again?

(2) This promise was reaffirmed by several revelations from the Hierarchy. One of note is Djwhal Khul through Alice A. Bailey telling us his arrival is near.

(3) The majority of spiritual thinkers in the world sense and expect a great avatar to arrive. Such expectancy does indeed create a point of tension which attracts the attention of the Great Ones.

A fullness of knowledge concerning his manifestation is not given but there are three possibilities.

(1) A divine possession, or overshadowings as it did in the coming 2000 years ago. This will definitely happen in this age, and may have already happened to some degree. The mystery is whether the Second Coming will go beyond this to possibilities (2) and (3).

(2) He could appear in the flesh as an adult in his current physical body. DK points out that this type of manifestation is difficult because of required papers, VISAs etc necessary to live and travel in the world. A man, with absolutely no birth record, attracting attention is asking for trouble. The barriers between nations are being taken down and this will make this type of appearance more possible. I have heard that you can travel in the European Union with no papers.

(3) He could be born as a babe just like the rest of us. If he was born today, it would be a few years before he would make much of an impact.

Question: Suppose The Christ was indeed here among us and began teaching tomorrow. What limitations do you think he would face and how would he be received? Do you think he will have emphasis on miracles this time?

Suppose he appeared on a talk show. What would he present and what do you suppose the public reaction would be?

Or… supposing that Christ were to come as a regular human in appearance. Now imagine how his approach would be different as either a male or female.

How would his approach as a female be different than if he were to come as a male?

If you were the Christ (speaking of the entity and not generic consciousness) which sex would you choose and why?

The orthodox believer thinks that a great Anti Christ will soon surface that will make Hitler look like Richard Simmons. Those who believe in the “correct” concept of Christ will be raptured into heaven whereas those who remain will go through a living hell as the anti Christ plants computer chips in their hands and foreheads and reigns supreme as God on the earth over his subjects.

After seven years or so of this Jesus appears in the sky in a big blaze of fire and light and zaps the anti Christ and all who have not turned to Jesus. There is a difference of opinion as to what happens after this but many believers think that the righteous dead will rise and live with Jesus on the earth for as thousand years. During this time Jesus will boss everyone around with a will and power so supreme that none would dare challenge him thus forcing peace upon the earth.

The religious ones are as deceived about the coming of Christ in this age as they were in the last one.

One of the reasons that the first coming of Christ did not register in public consciousness until about 300 years after his birth is that it was also thought back then that the Messiah was going to come in a blaze of glory and destroy his enemies, while exalting mediocre believers to thrones of glory.

Their attention was toward the skies, but the Lord was born in a cave/manger at the stroke of midnight. His humble coming was overlooked by all but a small handful who knew he would come among them as a mortal human.

As his coming was last time, so shall it be again. He will either come directly in a body of his own or by divine possession. Either way he will walk among us as a “regular guy” just as he did last time.

The scriptures will be fulfilled, but when all is said and done it will be seen that few there were who read them correctly through the power of the Holy Spirit.

Many New Agers are also deceived in that they see the coming of Christ as a nebulous rise in consciousness among the people of earth. Many there are who do not believe that we need a great individual intelligence to manifest among us, but that the average seeker is doing just fine on his own and needs no master to inspire him. Everything is within and we need no outer Christ for all is inside.

The truth is that just as we need male as well as female, positive as well as negative, past as well a future to create a world, let alone a better world, even so do we need the outer as well, as the inner teachers.

While it is true that we have an inner Christ there is also a Master who has the outer office of Christ and has manifested the qualities of the Christ within to perfection, which perfection is far in the future for average seekers. As seekers we need the example and teachings of those who have progressed further along the path than ourselves.

How long would it take for you to learn Algebra without a teacher or a textbook written by a teacher? It would take you a thousand times as long to figure it out and learn it all by yourself than with the help of one who knows.

Even so, it is silly to claim we need no one to help us to greater heights on a spiritual level. Find me one who has moved ahead one step by looking within only and I’ll show you a dozen who have moved many steps with the help of others who not only look within but have given a helping hand without.

He who takes upon himself the name of Jesus Christ will seek to lift his brother up to where he is.

Would the Christ approach his mission differently in either a male or female body?

While it is true that all of us clear up to the Christ have both male and female energies within us, all of us have a polarization in one or the other.

Even so, Christ will tune into both energies within and use them both to his advantage. Just like us he will be charged more in one energy than the other and he will use the polarization to help complete his mission.

If he comes as a male he will seek to promote his teachings with male energy by seeking to take his message to the people. If he were to come as a female he would seek to create a magnetic center that would draw people to him.

It is true that he will use both energies, but the focus will always be on the one where the natural surplus of energy is.

In his appearance 2000 years ago he did use some magnetism (female energy) and drew people to him, but because he had a surplus of male energy he actively (male energy) traveled from town to town seeking to teach. Then instead of creating a school to draw people (female energy) he sent out (male energy) missionaries to convert.

Question: One of the main missions of Christ was to present the ideal of love before humanity (the highest female aspect).

Give us your definition of Love and what is the difference between spiritual, love and the love of the lower self.