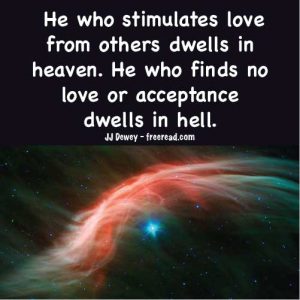 The Dweller and the Eighth Sphere

Question: If you have overcome the fear of dying, then surely it couldn’t be that hard to overcome a Dweller?

The fear generated by the final powerful confrontations with the dweller is not related to physical death. A person can be completely unafraid of death, yet be unprepared to meet the Dweller. Because the disciple is so closely linked with the Dweller over many lifetimes as a last attempt to control he works on a fear much more profound than that of the death of the physical body, but the destruction of your very soul. This is an illusion he is able to hold over the seeker, but it will seem very real to the one involved. Hopefully my writings on the Dweller will help some disciples to keep faith in themselves when the time comes.

Question: I have lived in pain for 18 years, is that karma or would that be part of the Dweller?”

JJ This would generally have nothing to do with the Dweller, but with Karma and your life choices..

Question: Can the Dweller attack you in the dream world?

Yes, this does happen, usually before the big confrontation. An example of this was Bruce Lee’s dream confrontation. He was an initiate and was confronting his dweller.

Question: At the end of evolution on the earth what happens to those who have not achieved soul contact?

There are numerous divisions between light and dark before the big one at the end of human evolution on the earth which will be yet millions of years in the future. Djwhal Khul tells us that 60% of humanity will then pas on to higher evolution but 40% will not “graduate” but will have to continue evolution when another opportunity comes around. These 40% are not Dark Brothers, but just failures in this round who will be given another chance.

Only a small number becomes Dark Brothers. A person must first become an initiate on the path of light before he can even choose the dark path – a little like Darth Vader.

Comment: I wasn’t going to mention this, but your last post about the dweller attacking during sleep makes me feel I have to do it. This happened shortly after I began the turn to spiritual life and had no knowledge. While sleeping, suddenly I found myself in a place of lead- gray desolation, completely removed from all human contact, totally alone. Great waves of coarse electricity began to move through my body from foot to head. At first I just observed this but was feeling somewhat discomforted. Then the intensity increased such that my body began to contort. Without even thinking I heard myself calling out, “Please help me”. Immediately I was out of that place and into a place of warmth and comfort. My body relaxed totally and I felt such love and peace that I hoped would last forever. This was not a nightmare. It was completely lucid and clearly remembered in detail. Would you please be kind enough to tell me if this was an encounter with the Dweller, or was it something else?

Comment: You sparked a nerve in this one…..I too have been to this place and the ground was spongy. But I didn’t get to leave so peacefully, but was ripped back and forth to the place and, upon landing, was confronted with (get this) a priest, his look was displaced but yet there, he asked me if he could “help me” I return his comment with “no, but maybe I can help you” he disappeared and then I saw … just horrible things, I don’t want to get into it.. at that point this voice said that I could rule here , I began to laugh in the “you’ve got to be kidding me tone, but realized some kind of foolishness in me and began to pray the “I decree the white light prayer” If I knew the song then I would have said that a million times instead. Once I prayed I was immediately removed back to my room, from which I got up made a pot of coffee, and didn’t sleep for two nights. I had the contorting thing happen but just when I was young it has long since stopped. I have not been to this place since and have no interest in being ripped from my home again, and will fight it with every once of my being.. I hope this is not happening to you on some daily basis, if so you must fight it, I was always attacked while laying down if this is the same for you then recognize the signs of it and get up, sing a song, read out loud and as I learn from JJ don’t try to converse with it but give it no acknowledgement….the power of attrition. whether or not this is our dweller is a good question and one I have been trying to determine myself as well.

JJ If you have not read it yet you might want to check out the first couple chapters of The Immortal Book III. There we are told that there are numerous heavens and hells created by the thought forms of various belief systems.

In addition to this there is a particularly desolate place called the eighth sphere, the final domain of the lost souls of the Dark Brotherhood. In some scriptures this is called a kingdom without glory where go those who are a law unto themselves.

DK writes this about it:

“Vyasa in his commentary points out that karma (or action) is of four kinds which are expressed for us as follows:

“That type of activity which is evil, wicked and depraved. This is called black. This class of action is the product of the deepest ignorance, of the densest materiality, or of deliberate choice. Where it is the result of ignorance, the development of knowledge will gradually bring about a state of consciousness where this type of karma is no longer known. Where dense materiality produces what we call wrong action, the gradual development of the spiritual consciousness will change darkness to light and karma again is obviated. Where, however, it is the result of deliberate choice, or of preference for wrong action, in spite of knowledge and in defiance of the voice of the spiritual nature, then this type of karma leads to what the oriental occultist called “avitchi” or the eighth sphere,-a term synonymous with the Christian idea of the condition of being a lost soul. These cases are, however, exceedingly rare, and have relation to the left hand path, and the practice of black magic. Though this condition involves the severing of the highest principle (that of pure spirit from its two expressions, the soul and the body, or from the six lower principles), yet the life itself remains, and after the destruction of the soul in avitchi, a fresh cycle of becoming will again be offered.” Light of the Soul, Page 390

JJ It is possible that you both were taken to the Eighth Sphere by your dweller. On the other hand, sometimes this desolate place is revealed by the soul to motivate the disciple to avoid winding up there. One can tell by examining your feelings at the time of the encounter. Did it seem like a revelation for your benefit or more like a trap or an attack?