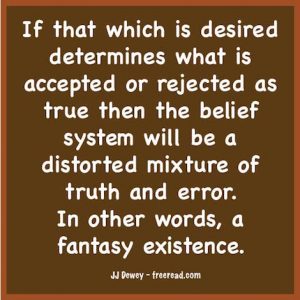 The Astral and Other Worlds
(Transcribed from a posted audio)

Question, “When you say the astral world is not real, are you saying it is not real in the physical sense?”

Basically, it seems very real. Even this world is not real as we understand reality. We have two physical worlds. One is called the dense physical that we see around us. Then there is the etheric which is the true physical world. It’s an exact double of the world we have here. The physical realm that we have is merely like a projection of the etheric double. DK tells us that this dense physical is not built upon a true principle as the etheric matter is. It’s because the etheric world is capable of extension and creation and regular physical matter is not. Physical matter must be governed by a higher principle in order to take any part in creation.

Now, the astral world is not real in the sense that it is a projection or an interplay between the mental world and the etheric world. It’s caused by the evolution of desire. The astral world didn’t really exist until humanity came on the scene and desire entered in. When desire and attachment to form became a human quality, then this power of desire– through the power which originates in the mind and projected down into desire– created the astral world. So the astral world was built upon a desire for form which really has its cause in illusion because form itself, gives no eternal joy. Because it gives no eternal joy it is founded on an illusory principle.

When humanity loses or lets go of his attachment to form and begins to understand the qualities of the eternal self more and what is really important in the entire scheme of things then the astral or desire world will eventually disappear and be no more because it’s illusion. That which is illusion is always temporary and it comes and goes. The astral world then is created by interplay between mind and the etheric world of form. As I said, this interplay creates the desire world. The astral world is called the desire world because on the astral realm is where all of our desires are eventually filled until we reach a point where we find that that which we thought we desired did not bring eternal satisfaction so we go to something higher.

Question, “What does it mean when you say an octave up or a world is an octave higher than another?”

A higher correspondence where the true feelings are is above the mind, which in esoteric writings is called the Buddhic plane, the plane of the Buddha. In Christian literature this could be called the plane of the Christ which is a similar concept. This plane which is above the plane of the mind, is where intuition comes from. Our inspiration comes from here and our higher feelings come from here. So we have feelings that are temporary and passing and ephemeral and feelings which are true and eternal. Considering love, for instance, we have the selfish love which is the astral plane love, and we have the spiritual or divine love which is the plane of the Christ, the plane above the world of the mind. This is where the real feelings are. What each of us must do is find out where our real feelings lie to eventually replace our temporary selfish attached feelings with real feelings of the spirit. When we discover the real person within ourselves then we discover the real feelings of God. When these are discovered the temporary feelings pass away and the astral plane will pass away as far as the person is concerned. Then he moves up into the higher planes in consciousness.

A reader asks where we were before we were born. The scriptures call it our first estate. What does this mean? As I’ve said many times before, most scriptures have at least three interpretations and so it is with our pre-birth life. There are several correspondences which can fit. Before this world was created as it is now many of us upon the Earth lived upon what DK calls the moon chain. This was billions of years ago. During this time period we evolved in a significant degree. Then came a time when we had to leave and the life of the moon chain, as it was called, gave birth to the life on this planet. So, according to esoteric teachings, that which we now call the moon is a shell of what was once a living body that was deserted by all life upon it and that life came to earth. When it did the moon began to die. The life force of the moon was then transferred to the Earth.

Remember that a chain, as taught in the Ancient Wisdom is a series of globes so it is probable that life on the moon chain was not on the globe we see in the sky.

Then in addition to these physical worlds there were spiritual, more refined ones. Each planet goes through a descent of and then an ascent. We are on the fourth and densest globe in descent. There were three earths of higher vibration before this dense physical materialized and there will be three higher on the path of ascent until the earth becomes as a “sea of glass” as predicted in the scriptures.

Question: “Is there is such a thing as an entity that only has an astral form and is totally without any mental form?”