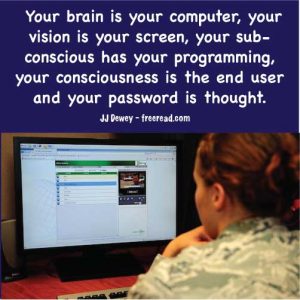 (NOTE: This was written back in 2004 and since then both PCs and Macs have changed considerably with both systems being much more similar than earlier times.  Even so, I think many will find these observations interesting)

I thought I would make a post on something a little different today which is a caparison between Macs and the PCs.

In a way it is related to the recent topic of illusion because I think the fact that the IBM system was incorporated into over 90% of the market was due to one of the most widely disseminated illusions of all time – that the IBM was superior to Mac.

I bought my first Mac Plus when it came out in 1984. Discounting the internet features of modern computers, I think if I had to chose between the current PC’s with the 2004 operating system of Windows XP and the 1984 Mac Plus it would be a tough decision. The Plus booted up about 20 times faster than current computers, had great graphics capabilities even back then and was very simple to operate.

Both the PC’s and Macs have made a lot of changes in the past twenty years and not all of them good, but overall, I have been pretty happy with my Mac. I have not replaced it for some time – it has only 266 MHz. And 98 Megs of memory. We have a newer one my wife uses but this older one works fine for most jobs.

I had a 90MHz Packard Bell PC with Windows 95 that I have used for miscellaneous software that won’t run on the Mac. Since it is kind of old I thought it was time to upgrade. I bought a Compaq with 2.6 Gig MHz which logic dictates should run about ten times faster than my old Mac. I was quite interested in giving it a test drive.

I turned it on and noted that it took a while to boot up, similar to my current Mac.

I installed some older software and to my dismay I found that none of it worked on the new XP system. By caparison I have software 15-20 years old on my Mac that sill works on the newer systems. This indeed saves money in upgrading when you are happy with the old program.

Navigating around the PC was very difficult and I had a hard time finding anything I wanted so I did a search. When I did the search I though maybe the system froze up or something because it just searched and searched and searched. But finally it finished the search. After doing several searches I discovered that a search just takes a very long time on the PC. This dumfounded me for this computer had a processor ten times as fast as my MAC but takes about 50 times as long to make a search. My Mac searches through the whole computer in a few seconds and I have about 20,000 of my own files installed on it and only about a dozen on the PC.

In addition you can define time the search much better on the Mac.

I do about 10-20 searches a day on my Mac and if I had to do this work on a PC I would be wasting an extra hour a day.

I was curious about what created this problem so I did a count on the number of files that came with the PC. The number was astounding. It seems like it was about 300,000. The Mac came with a couple hundred. No wonder the PC search takes so long. You would think there would be a feature to only search user files but there is none that I could find.

I was pleased at least that the internet seemed to work as well as a Mac and Explorer was quite similar, but did lack some of the features I am used to using.

This satisfaction was short-lived for after about a week everything on the new PC slowed down about five times. It was slow enough when it was new but now it was slower than molasses. I did some hacking and found a restore feature and restored all software to where it was on a date before it slowed down. This seemed to do the trick. The only trouble is that I am cautious about installing software for fear that it may slow down again.

By contrast I have had no similar problem with my current Mac with is about six years old.

One thing I like about the Mac is that you rarely have to read a manual when you get new software. I just install it, play around a little and usually figure out what I need in a session or two.

By contrast the software for the PC seems to be much more complicated and it is difficult to figure out just by hacking. I have to dig out the manual and still get frustrated.

Let us take CD burning software for instance. On my Mac I use Toast which is very simple to learn and consistent and the parameters are very easy to set.

I have a couple programs that are supposed to burn CD’;s on the PC. The first I never could figure out even with the help feature. The second was Music Match and after going through software hell I finally got one burned. To my horror I saw that after it was burned that all the folders disappeared into the ethers and the files within the folders were scattered all over the place. I then spent an extra hour on my Mac reorganizing the files in folders again and burning it so it is usable.

After a few days I thought I would try again. The burning process was so complicated I had to relearn it all over again (which rarely happens with the Mac). After ruining several discs I finally got another one burned with the same exploding effect on the files.

I thought that this wouldn’t do so I ordered CD Creator which is made by the same people who make Toast. I thought this may be similar.

It turned out to be simpler than Music Match, but did not have nearly as many usable features as Toast. I could find no where to set the speed of the burning or to tell what speed was in effect. Another frustrating thing is that so far over half the CD’s I burn with all these programs gets an error message and I have to throw them away.

Toast on the Mac is much simpler. You just hit burn, set the speed and 95% of the time you get a good disc.

I thought I may be able to use the PC to make MP3 CD’s, but when I make one, it doesn’t play on my portable MP3 players. The ones I make on the Mac runs on all the players I have fine.

Another strong advantage is that most of the viruses are written for the PC and have no effect on the Mac. My current Mac has run day and night for about six years and has had no virus and nothing has gone wrong with it except for a few system glitches which I was able to fix.

I could go on and on, but I think you can see my point. It is a mystery to me that the PC has captured over 90% of the market and the Mac less than 10%. I think that if I had to work on the PC all the time that my mental state would be scary indeed.

My advice to the group us to buy a Mac next time you purchase a new computer.

Thanks to those who commented on Macs vs PC’s.

Adam’s point about the open and closed platforms of Microsoft and Mac is well noted. It was in deed probably the biggest marketing blunder in history that Mac had a closed one. Even though I like Mac it is probably good that they did not succeed or computers would probably cost much more and less progress would have occurred.

It is interesting that Shakespeare operated on the same idea as Bill Gates. I have heard that one of the main reasons his writings became so popular is that he allowed copies to be circulated for little or nothing. Other playwrights who thought their writings were pure gold and demanded large commissions were left in the cold while the world promoted the Baird.

Some think that if he had not taken this approach that his writings may have been lost to history.

Mac users are a funny lot and I must admit they have almost a religious devotion to their product. Even in the days when Steve Jobs was gone, Apple was about to go under and the product seemed to be getting worse instead of better the faith of the users was undaunted. We all cringed at the idea of having to switch entirely over to PC’s if Apple went bankrupt. When Steve Jobs came back on board it was like the Second Coming had occurred.

To be fair I must say that those who started with Macs usually prefer Macs (Larry being an exception) and those who began with PC’s like them. I find it amusing though when I think back to the eighties when I had conversations with IBM users about Macs. They complained that the mouse was complicated and unnecessary and the Windows like system was hard to learn.

Then when Microsoft came out with Windows and Bill Gates declared it was good, they all changed their minds and loved the mouse and windows.

The PC does run more programs. In fact, that is why I have one on hand, for when there is a PC program I need that I cannot run on the Mac and also to make sure I can open various client files. 95% of the time you can find the program you need for the MAC and generally it is easier to use.

Even if a PC user wants to switch to a Mac, it may be impractical for one often has more money invested in the software than the computer and to replace all software is quite expensive.

Good to take a break from the serious stuff now and then.

Reader Question: Anyone got a DK quote on PC vs Mac? 😉

In the later part of the century two great computing systems will lay the foundation of the new age.