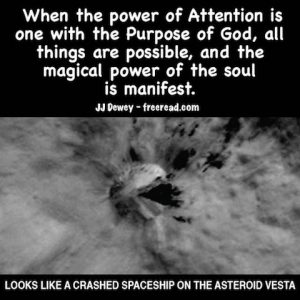 The group gave good answers and a case could be made for each of them. All used the word “order” and this is indeed the core sub aspect. When you look through the microscope at the cellular and molecular level and see order and arrangement that puts anything we humans have created to shame, you are seeing the order of the Seventh Ray in all its glory.

This great order created by the Seventh Ray has created the miracle of birth and creation on the physical plane so we as timeless entities can enter into time.

So, what are the other two aspects? Before the order can be created the various parts of the greater whole must be gathered, or synthesized. Thus the word “synthesis” is indeed appropriate. But it does involve mind or logic as well as transmutation.

So you gather and synthesize to create order.. then what?

So the three core sub aspects are Synthesis-Order-Magic.

Why do you suppose the word “magic” is associated with this ray?

Rule eight of White Magic gives a key principle of magic. It reads in part:

“The midway spot, which is neither dry nor wet, must provide the standing place whereon his (the magician’s) feet are set. When water, land and air meet, there is the place for magic to be wrought.”

So where is the mid way spot as far as the Rays are concerned?

You would think the midway spot would be Ray Four since this is the middle number between one and seven – right?

True magic is produced by blending the reality of two or more worlds or spheres. Just as the soul is the midway and magical spot between spirit and matter even so the point of magic lies at the midway point between sets of rays rather than within the seven rays. From one world of seven rays to the next one up the midway spot is the blending point between Rays Seven and One. In other words, as Seven synthesizes into a greater One we have produced a midway point where magic may be wrought.

We concluded the three sub aspects of Ray Seven are: Synthesis-Order-Magic.

The third sub aspect of the Seventh Ray is magic because that is closest to the transition point where order and power blend and two worlds are brought together. Power seems to grow out of order and order seems to exist because of an underlying sustaining power.

When the first cycle of Rays is completed and transition is in the process of being made to the next cycle that which seems magical is manifest.

The seventh Ray is coming into manifestation among humanity corresponding to the coming in of the Aquarian Age. Because Aquarius is ruled by Uranus which is a planet of the seventh Ray this will make the power of this Ray extremely powerful as soon as we shake off the residual forces of the Piscean age.

Even so, we have already witnessed the power of this ray on a physical level but this is just a small foreshadowing of what is to come on a spiritual level.

How was the 7th Ray involved in the following:

The invention of the light bulb

The creation of atomic energy