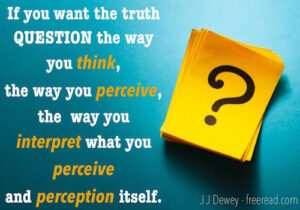 I couldn’t resist responding to this post from a guru in another group.

He wrote: Unfortunately, my dear friend, I disagree with the premise of this E-mail and the Judge’s synopsis of the case before him (the shoe bomber), his judgment and the penalty he rendered.

The very computer on which I write this response, as well as the computer upon which you read this response, was put together piece by piece by the “slave” labor of other human beings who are paid, at the most, 20 cents per hour, so that we “Americans” can have our computers at a low cost, so we “Americans” can send to our “friends” our diatribes of patriotic arrogance sweetened with words of political grandeur so as to justify our country, which not only destroys the lives and freedom of other countries to live and govern themselves as they wish, but enslaves countless millions of other human beings around the world to provide us with the “American Dream” the putrid consumption of our materialistic lives.

This arrogant American judge wouldn’t have been able to deliver his biased speech of pride and personal political gain from the careful and thoughtful formation of his words in his attempt to belittle the defendant before him and put him up as a patriot of “freedom”, from the bench of “his” court, where he is supposed to sit in fair, unbiased judgment of all, if it were not for the many “slaves” that toil hour after hour in the hot sun on corporate farms getting paid minimum wage to provide the “learned” man dressed in black who sits in judgment of others, the strawberries and cream that he eloquently eats for breakfast.

After his breakfast, the chinaware on which the nourishment sat, which was also produced by human beings treated no better than slaves to create “inexpensively” the elegant saucer, is placed in a dishwasher, where a needless amount of water is used to wash the china clean by a machine that was also put together by another human being who is paid just enough wage to be able to afford enough bread (no strawberries and cream, they’re too expensive) to feed her children who live in squalor and poverty forced upon her because her husband was arrested, convicted, and sentenced by the same man in black for trying to enter his precious “land of the free” to pick the strawberries and earn the few dollars for the back braking work that he was willing to do in the torrid sun, which the judge wouldn’t dream of doing for himself.

There is a war of terrorism going on throughout this world…

…But who, my Friend, are the real terrorists?

JJ: It’s amazing to me how many people in this country think that the United States is more terrorizing than those who want to hack our heads off with a dull knife.

I’ll tell you what would produce the real terror and that is if we started doing all the manufacturing ourselves. The effect would be that millions of people in third world countries would lose their jobs. When such a person comes face to face with losing their job then there would be real terror in his heart. In addition to this our prices on goods would skyrocket. It would be a lose-lose situation.

It is true that these people work for much less than we do, but that is their choice to accept the job, and those who do have jobs are considered the lucky ones, for the wages offered by the corporations are the highest available for them. Before  that had nothing, but now they have a hope for a better life. Besides, if the corporation kept the wage high they would hire in the United States and the third world person would have no job at all.

According to the above writer the Lord of the vineyard (God) is a terrorist. Let us look at the parable:

Matt 20:1 For the kingdom of heaven is like unto a man [that is] an householder, which went out early in the morning to hire labourers into his vineyard.

Matt 20:2 And when he had agreed with the labourers for a penny a day, he sent them into his vineyard.

Matt 20:3 And he went out about the third hour, and saw others standing idle in the marketplace,

Matt 20:4 And said unto them; Go ye also into the vineyard, and whatsoever is right I will give you. And they went their way. Matt 20:5 Again he went out about the sixth and ninth hour, and did likewise. Matt 20:6 And about the eleventh hour he went out, and found others standing idle, and saith unto them, Why stand ye here all the day idle?

Matt 20:7 They say unto him, Because no man hath hired us. He saith unto them, Go ye also into the vineyard; and whatsoever is right, [that] shall ye receive.

Matt 20:8 So when even was come, the lord of the vineyard saith unto his steward, Call the labourers, and give them [their] hire, beginning from the last unto the first.

Matt 20:9 And when they came that [were hired] about the eleventh hour, they received every man a penny.

Matt 20:10 But when the first came, they supposed that they should have received more; and they likewise received every man a penny. Matt 20:11 And when they had received [it], they murmured against the goodman of the house,

Matt 20:12 Saying, These last have wrought [but] one hour, and thou hast made them equal unto us, which have borne the burden and heat of the day.

Matt 20:15 Is it not lawful for me to do what I will with mine own? Is thine eye evil, because I am good?

Some of the early laborers only received about 8% of the wage of the last workers just as business often pay laborers in different circumstances differing amounts.

In addition, the Lord of the vineyard caused the grumbling workers to work 12 hours in the heat of the day if they wanted paid. I’m sure many would consider it evil if a corporation did this and paid them one-twelfth the wage of certain chosen ones.

Listen to the words of Jesus:

“Friend, I do thee no wrong: didst not thou agree with me for a penny? Take that thine is, and go thy way: I will give unto this last, even as unto thee. Is it not lawful for me to do what I will with mine own? Is thine eye evil, because I am good?” Matt 20:13-15

So, I ask, Is this writer’s eye evil because corporations employ people who eagerly accept a job for an agreed upon wage following the example of the Lord of the vineyard?

It would indeed be nice if all of us could receive the wage we wanted but it is not practical at present. Even so, circumstances are improving worldwide. After World War II everything seemed to be made in Japan because the wages there were so cheap, but they paid their dues and now their pay is so high that they wind up giving us jobs by building auto plants here.

The fact is that it is a sacrifice for the American workers to have their companies offer lower paying jobs in the third world. They sometimes lose their jobs and have to take another or go to school for something requiring a higher skill.

The lower paying job taken in the third world is taken eagerly just like the first workers in the vineyard took theirs because it offers them much more than they had without the job.

To offer someone an opportunity that they can take or leave is not slavery by any stretch of the imagination. Since when can a slave quit and tell his taskmaster to shove it and go somewhere else with no penalty, no lashes and no imprisonment?

“Is it not lawful for me (or corporations) to do what I will with mine own? Is thine eye evil, because I am good?”

Comment from JJ, 2022: I know this is a controversial subject but in expecting progress we have to plough with the horses we have, not with those we do not have. We have to realize that corporations and businesses, as a whole, are rarely established as benevolent societies, but for the purpose of making money. A business does not seek to establish itself in third world country to help them out, but to help themselves out. Basically, with human consciousness the self-first applies almost universally. In seeking to make the world a better place this fact has to be taken into consideration for the foreseeable future. We just cannot expect any business entity to go to great expense (as well as criticism from employees) and leave this country and build in another unless the advantages outweigh the disadvantages.  Once this is accepted then we can see more clearly the advantages and disadvantages to the developing country involved.

Basically the only choice comes down to business not going to a developing county and thus they continue in great poverty, or to go in which will gradually reduce poverty, and hopefully eventually lead to abundance, but this always takes time. Look at China. When American business first entered, they were a poverty-stricken nation and now many have abundance and they have as many billionaires as we do. Now they are lending money to us and buying up our land and businesses.

A lot of people think they are thinking when they are merely rearranging their prejudices. Edward R. Murrow