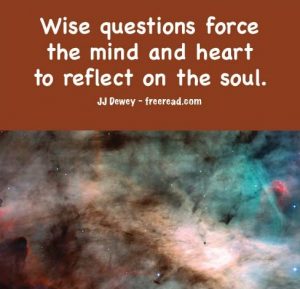 Questions on Immortality, the Plan and More

Question: Do the masters have physical immortality, or is there any such thing?

The Masters have power to extend and rejuvenate, but do not have physical immortality. If one had his head cut off (as in the TV show) he would die and have to reincarnate. On the other hand, a seventh degree initiate (two steps above a Master) can recreate or reassemble his body at will and could have physical immortality for the life of the universe if he were to desire, but the time always comes that the high initiate goes through the gates of higher evolution and moves on to things higher than physical form.

At the end of the evolutionary period when it became time for initiates to move on to the higher spiritual worlds there were three who refused (according to Djwhal Khul who says: “They turned their faces towards the gates of earth. Their friends went on….. They stayed behind…..”). These three sought physical immortality to retain their works in the worlds of form. The three eventually came to the earth and Fathered the Jewish race. DK tells us that the Jews are the oldest race living upon the earth.

Even these three ancient souls will eventually, in this round of evolution, realize that holding on to the physical will no longer serve them and move on.

DK further tells us that Jesus was a direct descendent of the first of these three initiates and because of his enlightenment set the momentum for the change of course necessary for the eventual liberation (salvation) of the three, the Jews and the rest of the world.

Speaking of high initiates the LDS scriptures state: “All things are theirs, whether life (spiritual life) or death (physical form).”

High initiates can choose their path, but all eventually choose the path of higher evolution.

Question: Apparently it would be possible for us humans to destroy ourselves. Would there then be no reincarnation?

As long as there is life there is reincarnation. Evolution of human life would begin anew, followed by another struggle between the light and the dark side.

Someone asked about the strange statements from the Apocryphal work of Thomas.

Here is the criteria I advise.

Pay extra attention to a proven earned authority, but for the final test of truth depend on verification from your own soul. If you do not receive verification do not trust it whether it comes from an angel, Jesus or one who seems to be God Itself.

As the Apostle Paul said, do not even be swayed by an “angel from heaven” if he teaches you something contrary to what the inner spirit has verified.

Question: How does one prevent one’s self from experiencing exhaustion from picking up negative feelings from others? How do I keep my energy? Being overly empathetic and not so wise in my compassion has shorted my circuits, so to speak . . .”

There are two reasons that sensitives pick up negative feelings.

First: You soul is sending it to you so you can be aware that there is a problem with a friend or loved one. When this is the case the solution is to listen to the feeling and discern who it is that is in need and seek to assist them in solving their problem. When you become an arm of the Holy Spirit in assisting others, who are the source of this negativity, then the spiritual endowment you will receive will neutralize the negativity on your end.

Second: You pick up vibrations of negative cantankerous people, or spiritual vampires who feed off your energy.

Treat these people with kindness and love as you would anyone else, but avoid being in a close association with them. Tune them out of your consciousness and in turn they will put little attention on you. Be very careful of the friends you make as the wrong ones can create problems for you.

If this negative person is one that you cannot avoid then see the negativity going through you as if it does not even exist in your consciousness. If you practice you can remain positive even though the whole world takes an opposite course.

Question: Why is the phrase the “little wills of men” used in the Great Invocation?

The reason is quite simply that the average human will is in its embryonic stage. Jesus said that if we have enough faith we can move mountains. Before one can have this faith one must tune into and align with the Will of God. Because our wills are in infancy they are “little wills” and we only have a small glimpse of the true power of the Will of God as it can manifest through the various lives of the universe.

Many of us humans are very determined, but determination is not Will. Determination is an aspect of the emotional body, but Will emanates from your higher spiritual body and to manifest the Will of God one must open the door of soul contact and ascend in consciousness to the Cosmic Fire of your Higher Self. When this is done the faith to do miracles is at hand.

Question: Why is it written – “Let light and love and power restore the plan on Earth.”

What is the Plan and was it once on the earth?

The plan is very great beyond the understanding of the Highest Master. It is like a great bud unfolding into a flower. We see a few of the pedals, but most of them are still hidden. But because the unfolding process is revealing great beauty we have faith that all the unfolding will be glorious and when the universe is in full flower all will eventually understand the Grand Purpose of the One Great Life.

Humanity has a sense that there is a Plan, but they know not what the Plan is. The Masters and the Higher Lives in Shamballa see a few of the pedals and understand much more than we do, but do not understand all. They do see enough of the Plan to further the moving forward of it on the earth.

In ancient times the Masters walked freely among humanity and when this was the case a portion of the plan was upon the earth with them influencing humanity.

After the partial victory of the Dark Brothers in Atlantis, and its later destruction, the Masters withdrew behind the scenes and with them the active presence of the Plan was also withdrawn.

When the Plan is restored the Christ and his associates will again walk with us and directly work with humanity in that part of its implementation that we are able to comprehend.