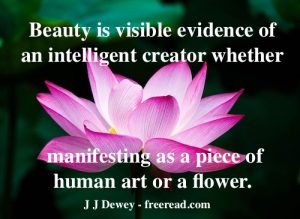 JJ: We’re going to talk a bit about Nauvoo since that’s the town we’re in for this Gathering. In addition we are gathered in the historic Nauvoo House that was constructed under the direction of Joseph Smith. There’s someone in this room who knows a lot about Nauvoo. Can anyone guess who that person may be? I thought I’d ask Susan to take a few minutes explaining Nauvoo. I didn’t want her to hear this was planned because it’d make her nervous. (Laughter) You already know everything anyway so there’s nothing to study. So please take fifteen or twenty minutes and tell us about Nauvoo and what happened here and any thoughts you want to share.

Susan: Thanks JJ:! Nauvoo means “City Beautiful.” It was originally called Commerce. Joseph Smith had a group of people who joined the Church of Christ back in the 1830s. The name was later changed to the Church of Jesus Christ of Latter Day Saints. They had the unfortunate experience of ticking off their neighbors so much that they were mobbed and looted. They kept trying to find a place where they could move and gather together. Finally Joseph Smith decided on a swamp along the Mississippi River named Commerce. He changed the name of Commerce to Nauvoo which he said means “City Beautiful.”

About 12,000 people moved to Nauvoo back in the early 1840s. This began to worry the neighbors since this was the biggest town west of the Appalachian Mountains. It was bigger than Chicago. It was a very large town. They laid it out in a very specific way. If you look at the streets, they have a specific grid pattern and they have a center. All the cities in Utah are based on the same grid pattern. They have a school, a church and so forth in the center then the houses are built around that, and then the farms go out surrounding them. That’s basically Joseph Smith’s doing.

They came here to have economic, political and religious freedom. They had their own city charters, their own government, and their own religion. They began building some of these beautiful brick homes that you will see. Joseph Smith wanted to have a home that he could entertain guests in because people visited from all over the world. He wanted the Mansion House across the street to be big enough to entertain visitors in and he wanted this Nauvoo House we are in for a hotel. It was originally his, but not finished in his lifetime.

Before the Mansion House was built Joseph lived in the brown house across the street from the Nauvoo House. Joseph Smith did live and work in this area. He also owned The Red Brick Store down the street from here.

He was married to Elisa Snow Smith (a plural wife). They were unable to have any children. They had a Masonic Lodge here. A lot of the ceremonies of the LDS people are based on the Masonic ceremonies. They thought that was a perverted form of truth so he corrected it into a more truthful form. So if you’re familiar with Masonic rituals they’re very similar to the LDS rituals.

They wanted to have a temple here. That was very important to them, to build a temple to have their ceremonies. They believed in eternal marriage and the temple ceremony would join people together for eternity. Nauvoo was a wonderful, thriving town with lots of schools. It had a publishing center with a newspaper, bakeries, everything a big thriving town would have.

My own grandparents came here in 1842. They were Germans, Pennsylvania Dutch actually. He was referred to as the old German preacher. He was a bishop of a lesser known ward, like a parish. He was the head of that ward. Michael Quinn, bless his little heart, always said in his book, he’s a lesser known bishop but we don’t talk about him because he wasn’t as important. That’s my grandpa! He was too important!

So they were here in 1842 and built a home in a little community called Haun’s Mill. It’s about 30 miles from here. Nauvoo, to me, was one of the grandest experiments because it involved people who had political and religious ideologies that were similar and it was actually working. They moved together and had their Sunday meetings and their city council meetings. They had a very tight knit community and things were starting to be very wonderful here. But as his polygamist activities got to be more and more known it ticked more and more people off.

They didn’t understand the molecular relationship and neither did Joseph Smith at that time. He perverted the molecular relationship into polygamy. Someone was going to publish an expose, one of his former associates. William Law was the publisher of the newspaper and one of his counselors in the church. He was upset about what the expose was going to be about. Under the charter of Nauvoo, as the mayor, Joseph Smith had the printing press destroyed which led to him being arrested and taken to Carthage and executed. He was to be taken to Carthage but was told by revelation to go west and hide, to go out west and take the people out that way but his brother and his wife and many of his friends were saying, “Don’t be a coward.”

He said, “If my life has worth nothing to my friends it’s worth nothing to me. I’m going as a lamb to the slaughter.” So he rode to Carthage with assurance from the government that no harm would come to him but June 28, 1844 he was murdered in the Carthage jail along with his brother Hyrum. John Taylor was shot. Willard Richards was the only one who wasn’t hurt.

The experiment was basically over with the people seeking to save their lives. Brigham Young pulled the people together and took them out west so that’s why the LDS people left Nauvoo and went to Utah.

Audience: So he was killed here?

Susan: No, in Carthage, a few miles away.

JJ: You can go visit it if you want.

Audience: He’s buried near this house?

Susan: We don’t know where he’s buried. They moved his grave around a lot.

Audience: I came here last summer and heard he was buried in the basement of this house where we are now gathered.

JJ: Was it this house? (general chatter)

Audience: The Nauvoo House, they dug them up later and moved them around.

Audience: So they believed in more than one wife?

Susan: The main LDS church believes in the law of polygamy but does not believe in practicing it because it’s against the law of the land. I personally come from polygamists in every single line. All of my ancestry is from polygamy and it’s not pretty. It was a hard thing for them to do. There are shoot-offs from the LDS faith who believe very strongly in polygamy, especially in our town of Manti. There are a lot of polygamists there. One guy has 18 wives. They all complained they aren’t getting enough attention.

They had built a temple here in Nauvoo. It was burned down shortly after the LDS people left and moved to Utah. I haven’t even seen the re-built one yet.

Audience: Is this the temple that had the pillar of light that everyone could see for miles around?

Susan: No, that was Kirkland, Ohio. There was a light burning alright on this (the Nauvoo) temple, when they set it on fire.

Audience: Can non-LDS see the inside of the temple?

Susan: No, before they dedicate a temple, people can go through as tourists. After it’s dedicated only people who don’t drink, don’t smoke, don’t adulterate, pay tithing, go to church all the time. Any other questions?

Audience: So the religion is one sect?

Susan: There are a lot of offshoots from the LDS religion. I’ve heard there are about 200 break-offs. The most common are the LDS, the Community of Christ and some other groups. What happened was that Joseph Smith promised different people at different times that they would be the one taking over the church after him. They all expected it and there was some fighting. Some believe it should be passed from father to son, that’s the RLDS or the Community of Christ. Right now their leader is the first leader since Joseph Smith’s time that wasn’t in the bloodline because there weren’t enough sons.

Audience: What is molecular relationship?

Susan: The Molecular Relationship is a book that JJ: Dewey wrote. It says that Joseph Smith, when he was gazing into the heavens, saw a certain type of relationship. He didn’t understand atoms and molecules so he applied it to a theme he knew a little about. Because sometimes it involves more than one partner he thought it might be polygamy. So JJ: explains in the book, The Molecular Relationship, which is available on the Internet, about relationships and how they should have been non-sexual. He explains how the molecular relationship should be. It’s like the 12 apostles and their wives who were very close together and saying their particular prayers together and bringing down power from above. That’s why Jesus was able to do miracles.

According to JJ: that’s one thing we’re trying to do, to get close enough that we’ll have a gathering and molecular relationship so that we’ll be able to bring down the power to do what we’re supposed to do for the second gathering. (Applause)

“Most true aspirants are now at the midway spot, and can either drown (and so make no further progress this life), stand and so hold the ground gained, or become true practicing magicians.” DK, Treatise on White Magic Pg 235