I first acquired an interest in writing when I was a boy of thirteen in 1958 and my first instrument of choice for placing my thoughts to paper was the ball point pen. Since my handwriting was fairly difficult to read I decided it would be nice if I could use a typewriter instead. I was delighted to discover that my Mom had this old Underwood that no one had used for years. I believe it was manufactured in the 1920s. Here is what it looked like. 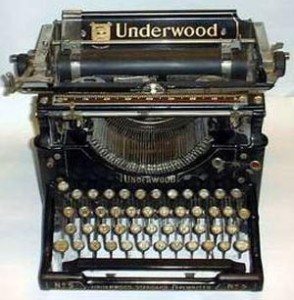 I used a hunt and peck method and managed to type out a few things with it. Then in December of that year I was in an explosion that rendered my left hand useless for typing.  I continued anyway using one hand and still managed to get some stories typed out.

This was a frustrating instrument to use, however.  Th ribbon was consistently  getting stuck and I kept having to fiddle with it to get it to work.  The keys would also jam sometimes. As soon as I could afford it I decided I would get a more decent machine.

Finally at the age of sixteen I used some money I made from picking fruit to upgrade. I found a nice little Olympia in a pawn shop going for $80.  it sold new for around $120 and since it looked in  good shape I thought I was getting a deal. Here’s the image: 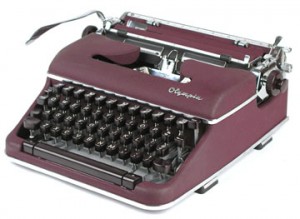 Fortunately, I wasn’t disappointed.  It was a well made machine and worth every penny of my hard earned money. I used this for all my typing needs for about 23 years.  Finally in 1984 I bought  fancy electric typewriter.  I’m not sure of the model but it looked something like this:

This cost me around $1000 at the time and was state of the art and produced typeset quality type.  I was happy with this until the Mac Plus came out in 1986.  When I saw that it could typeset like a $25,000 machine I was sold and had to have it. It cost $2595 at the time and the Image Writer for printing was $595.00.  since I would use it for business as well as writing I figured the investment would pay off.

Here is the Mac Plus 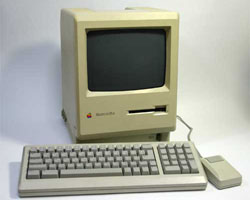 And here is the Image Writer: 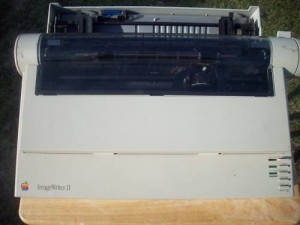 The image writer only had a resolution of 72 DPI, but when I needed higher quality I went to a service bureau and for $1.00 a page I could have laser prints at 300 DPI which was impressive at that time.

This served me well for a few years. Finally around 1990 I had to upgarde and got a MacSE with dual floppy drives and an external 80 MB hard drive.  I was in heaven indeed with this one: 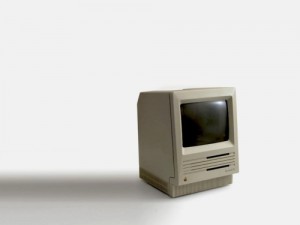 Then a couple years later I was sold on upgrading to the performa 600.  This had a lot faster clock speed and I thought it wold be a much faster machine.  Here it is: 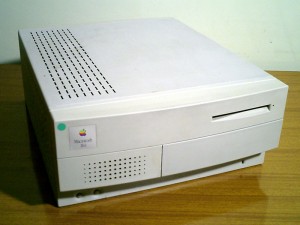 This was a huge disappointment.  Not only was it much slower than any previous Mac but it took ages to boot up. It was around this time that Apple was having many problems and many thought it may go under.  I thought I might have to face the possibility of switching to the PC.  The thought of this made me cringe.

Finally around 1998 I got a G3 machine that worked great.  In fact I still have it today and use it to run my sign making equipment.  It looks a lot like the Performa but much better under the hood. 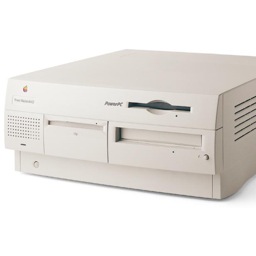 At this time my wife also worked with me and we got an iMac like this one for her: 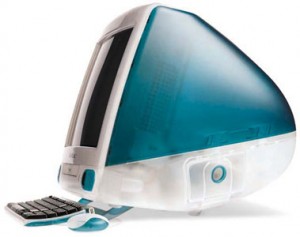 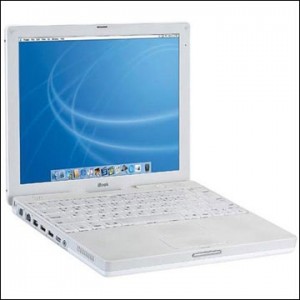 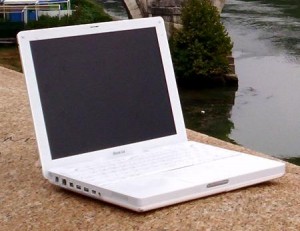 Finally around 2009 I bought a Mac mini which i still use as my main machine. My wife uses a mini also.  Again my computer is somewhat dated and there are lots of choices available for an upgrade, but I am in no hurry as the current one is serving me well. 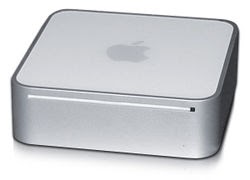 We are now way past the idea of computers merely assisting us with writing and typesetting.  They are now put to thousands of uses and more are forthcoming. I certainly appreciate the technology we have and have no desire to return to the not so good old days.

7 thoughts on “My Writing Instruments”