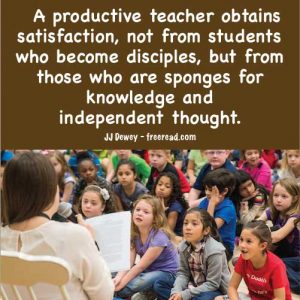 More on Jesus and DK

A reader said she read some text in Isis Unveiled that doesn’t support the 100 BC birth of Christ.

Actually, HPB writes all over the place. It depends on who she is quoting. Most of her writing in the Secret Doctrine and Isis consists of quotes from obscure sources on which she then comments. She often just throws them out for consideration and then seems to take the side of the original writer to see where it takes her. It is said that she had thousands of sources for these two volumes, an almost supernatural amount for that time of limited access. On a side note she claimed such access because her master brought up to her etheric vision many of these sources she desired.

She was indeed the originator (at least in theosophical circles) of the 100 BC theory for the birth of Christ. Here is a quote from a theosophical writer:

The 100 B.C. theory (the precise date is sometimes given differently) was introduced by H.P. Blavatsky in – “Isis Unveiled” Vol. 2 p. 201. She cites Eliphas Levi “La Science Des Esprits” (Paris, Germer Balliere, 1865, a publisher with offices in London and New York also.) Levi there printed the Jewish accounts. His book has not been translated, but it is in the S.P.R. Library. Although she did not always commit herself to the theory, H.P.B. did endorse it in several places, notably in 1887 in two articles “The Esoteric Character of the Gospels” and her response in French to the Abbe Roca’s “Esotericism of Christian Dogma”. Both are in Collected Writings Vol. 8 – see especially pages, 189, 224, 380-2 and 460-1. Among scholars she cited Gerald Massey in support, but added (p. 380) “Our Masters affirm the Statement.”

In 1881, too, K.H. wrote footnotes to some Levi articles, and said of the doctrine of Jesus, both public and private, “But he preached it a century before his birth.” (Paradoxes of the Highest Science”).

Among later Theosophists, G. de Purucker was firm in support of the theory. His comments in 1934 about the “Real Birth-Date of Jesus” are included in “Studies in Occult Philosophy” (1945) p. 426-8. “The Statement” he noted “is made from our esoteric records; but these esoteric records also are largely based on astronomical and genuinely astrological wisdom.” Each Messianic [40] Cycle of about 2160 years had its own Messiah “and the Messiah of the present Messianic Cycle was the power, the influence, working through H.P.B.”

Mead (A secretary to H. P. Blavatsky) himself alluded guardedly to these experiments in his book, “Did Jesus Live 100 Years B.C.? (T.P.H. 1903) which was a careful account of the Jewish and early [41] Christian material relevant to the question. Speaking of the occult researchers with whom he worked he observes “Now, this handful of friends of mine who are endowed in this special fashion are unanimous in declaring that “Jeschu”, the historical Jesus, lived a century before the traditional date.” (p. l9) He gives the impression that there were several researchers, but I suspect it was mainly Leadbeater. Mead did not commit himself in the end of the book, and he made no appeal to the authority of the Masters.

In addition to this KH in the Mahatma Letters (written by HPB) states: “John the Baptist, having never heard of Jesus who is a spiritual abstraction and no living man of that epoch.’ (M.L. Sinnett 3rd ed. p. 409)

The only trouble with these KH sources through the Mahatma Letters is that DK stated that most of them were fabricated by H. P. Blavatsky. (That may be one reason Theosophists do not accept AAB) Even so they do affirm that she subscribed to this idea.

You also have to consider that the quote in Isis was from earlier in her life and she probably formulated more concrete ideas later on.

I have a feeling that Alice A. Bailey did receive something on this subject and wrote it in a letter. Whether it will ever show up is hard to say.

New question: “Could Alice A. Bailey have fabricated DK’s writings and just made up all the material?

“What evidence can you site that DK is on the side of light and love? Is there any evidence (obvious or subjective) that raises concerns that he may be on the dark side?”

In the past we have spent considerable time talking about the differences between light and dark and of course these can be applied to this question. But we want to go beyond what we have discussed in the past and talk about specifics as it applies to DK. Is there anything he said or taught that raises a red flag with you? Does it cause you to reject the idea that he is indeed a Master? How do you reconcile teachings that trouble you with an acceptance of other things he may have said.

No one commented on the first part of the question which reads: “Could Alice A. Bailey have fabricated DK’s writings and just made up all the material?”

Interestingly, in relation to this question, I found a helpful piece of information today – a sample of Alice A. Bailey’s handwriting. This gives us powerful evidence in answering the first possibility.

Being an experienced handwriting analyst I can tell you several things it reveals.

The thing that stands out first is she saw herself as a strong personality, capable of influencing others and dominating a situation.

She was very passionate, but with emotions under control. She also had some suppression which probably contributed to her health problems later in life.

She was very determined and decisive, loved to work with people. She had a good imagination with her mind exploring the abstract as well as right human relations. Her weakness was the physical side of life, sometimes not following through to insure the financial means she needed.

She liked responsibility and liked to lead. She was fairly honest and straightforward. She had some childlike qualities and faith.

The big questions is this. Was she intelligent enough to have fabricated the writings of DK?

The answer is a definite no according to her handwriting. She was a little above average in intelligence, but her native intelligence was far from the quality needed to write something like Treatise on Cosmic Fire, or even the 14 rules of white magic.

She was methodical, a good student, but did not have a penetrating mind, was not particularly perceptive or innovative. She was a team player. She was not the deep thinker compared to the author of the writings of DK.

What intelligence was she capable of displaying? Fortunately, we have the answer for she wrote several books without DK’s help.

In fact, the comparing of her writings to that of DK is the most astounding proof that she did indeed receive the writings of DK from somewhere higher than her personality self.

If you read some of her own words such as “Consciousness of the Atom” and compare them to “White Magic” you will see the difference between night and day.

On the other hand, if she had indeed fabricated the DK writings I would have expected something entirely different. There would have been evidence of super intelligence as well as deceit.

The most difficult thing I have ever written were the dialog for Philo, the bad guy in my books. It was very difficult indeed to put myself in his mindset and write with his intelligence.

In my mind then, there is no doubt that Alice A. Bailey did not fabricate the higher writings of DK. She did receive them from somewhere above the personality level.

Now the question is this. Are there any internal problems with the writings that indicate they may not be from a Master?

We have just discussed perhaps the most difficult one to explain and that is his statement that Jesus was Apollonius. The conflict here is that they were both supposed to have been born around the same time. But even here, as I pointed out, there are alternative explanations that could resolve the problem such as an overshadowing or historical error in the birth dates.

He definitely made a number of mistakes in his predictions. Does this mean he is not a master? No it does not for not even a master can predict the future with 100% accuracy.

In fact, true fulfillment of precise prophesy is so rare that if a person can achieve 50% accuracy in prediction one must call him as true of a prophet as can be had in history.

I would say that DK was roughly about 50% accurate with much of the other 50% that seems incorrect being behind in the timeline.

Most prophets and psychics are less than 10% accurate and not much better than the man on the street. The famous Edgar Casey was probably about 30% accurate, but even this brought him a lot of fame.

Joseph Smith was about 50% accurate.

Nostradamus rarely made specific prophesies. His Quatrains were nebulous enough that accuracy cannot be tabulated.

The Bible Code is another that does not seem accurate. It finds lots of past prophecies that fit their criteria, but I have seen none for the future that have been accurate. There’s quite a few that have not been accurate such as predicting Gore would be president, predicting nuclear war by 1997 and then 2000, failed predictions on dates of destruction of Boston and Chicago. It also predicted that Benjamin Netanyahu would not live to finish his term. He is still alive and did finish his term.

Larry brings up an interesting conflict on DK’s teaching about the planet Vulcan which exist within the obit of Mercury.

On the other hand, DK also says there are 70 planets in our solar system and most of them are invisible being composed of etheric matter or perhaps he is counting the planetoids. It is possible that Vulcan exists just above our physical vision.

Overall I would say that there have been several things that have made me wonder but nothing to discount the fact that DK is a master. This is especially true when we realize that even masters do make mistakes.

How about you? Have you read anything in the Alice A. Bailey writings that make you question or with which you disagree?

“It’s a small world, but I wouldn’t want to have to paint it.” Steven Wright