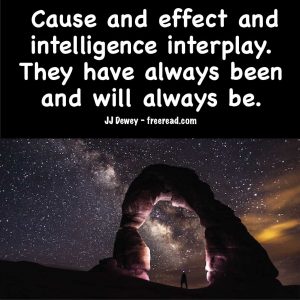 Question: Is the Hierarchy of which you speak Infinite and Eternal, or did it come into being at some point in time?

When I said “All is Hierarchy – Hierarchy is the ALL” I was referring to the visible creations of God. Behind all true hierarchy is the One Life which reflects through them and sustains all things

Question: Is that Hierarchy Created or Self-Existent?

The entities involved are self existent but the manifestations in the various planes of existence are created.

Question: Is that Hierarchy like a triangle in which the number of subdivisions on each level decrease as you move from base to apex?

As far as the Hierarchy which governs all things high and low the answer is yes, but as the various lives move up the ladder of evolution and opportunity, many other positions of a non governing nature also become available, but have a purpose in agreement with and support of Hierarchy.

Does the Hierarchy have a top? Yes, but this is knowledge which has never been revealed. I shall give it to you the way I see it. There is no way to prove this so you will have to merely take it as a seed thought.

I wrote earlier about part of the chain of the Hierarchy. There are various ones on this earth with the highest being the Planetary Logos. The highest in the solar system is the Solar Logos, however there are millions of Hierarchical workers in between.

The major leap above this is a logos over seven solar systems of which our Sun is but one.

In our Milky Way Galaxy we have billions of solar systems and there are many great Logoi. The higher we get the lower their point on their potential ladder. To understand this principle consider that a flower is closer toward the end of its evolution than a human, even though the human is the higher life.

Even so, are humans higher on their ladder than are the logoi. Thus the galactic logos is merely an idea in formation. This also applies to higher logoi up to the entire universe. The highest logos of which anything is revealed is The One About Whom Naught Can Be Said which governs seven solar systems. of which our sun is one.

As you know there are also billions of galaxies which compose our universe, the end of which has not yet been discovered by our scientists. But it does have an end and beyond that we assume there are more universes.

Now most metaphysicians assume the Hierarchy and creation goes on infinitely. They think that our universe is one out of millions and these millions form a greater universe and then there is yet another group higher and so on for infinity.

The hierarchy ends with the universe of galaxies. The creative mind of God in our universe has reached it’s ring-pass-not at this point.

Now there are an unlimited number of other universes, but the hierarchy in one physical universe is not linked to hierarchies in other universes. This is why I say that the Hierarchy stops at the universal level.

Any Hierarchy at the top of our universe of galaxies is very loosely tied together for the creative evolution of the universe itself is far from complete.

A Long Way to Go

Different ideas on the oneness of God and the need for us to recognize our oneness with God has surfaced.

Where I disagree with many who concentrate on this subject is on the emphasis.

Many of Hindu persuasion seem to feel that all the creation of form is just a big mistake from which we need to escape as soon as possible.

My view is that creation is made for a great purpose – the purpose of Becoming and while we are here our emphasis should be on the job at hand rather than aborting the mission and escaping to the safety of the womb. The time to return to the womb (in preparation for rebirth) is after life has been successfully lived and completed.

As far as reaching the ultimate goes, there are seven worlds within what is called the Cosmic Physical. The lower three are worlds of form, the physical, the emotional/astral and the mental. These provide vehicles for experience. Above these three are four formless worlds. Just above the mental is the Buddhic plane and above this is the Atmic. The Atmic is the plane where Nirvana is reached by the various sages, but this is far from the ultimate contact. Above this are two more higher planes – the Monadic and finally the Divine, the Adi, or first cosmic ether. All these planes together create the Cosmic Physical plane which is merely the first of a higher seven – so according to the Lodge of the Masters we have a long way to go.

Question: How do we tell when a critic is projecting his own flaws?

The main sign of this is an overreaction of some kind. It could be an overreaction to a statement that was made with no intent to offend, an overreaction also to an truly offending statement (where the person takes it much more seriously than the average person) or just seeing something between the lines which is not there.

It is not a sign of projection to display the normal amount of repugnance at an insult or false statement made toward you or your friends, especially when the offender has made himself clear in his meaning.

If someone attacks you without visible cause with the phrase: “You’re stupid!” and you run home in tears and are highly disturbed over this for days and you dream of getting the guy back, then this would be a sign of some projection or hidden issue. The receiver probably has a problem with his own intelligence.

But, if the person merely does not appreciate this kind of judgmental name calling and replies to the person that he should be more aware of his language then there is no sign of projection. Instead it is the reverse. His calm spiritedness is a sign that he is secure in his intelligence.

The cry of hypocrisy is thrown out completely without cause in various groups and when it is the issue at hand it should be clarified.

Hypocrisy was the only sin that Jesus openly condemned and I do agree with pointing it out when it manifests, but to throw the accusation out without cause is as offensive as hypocrisy itself. This happens from time to time here against my supporters and in not one instance has it been shown to be justified.

Hypocrisy is simply teaching of one thing and then doing another in opposition to it.

For instance, the parent is hypocritical if he tells his kid to not drink, but drinks himself.

As for myself I challenge anyone who has issues with me to find even one hypocritical statement I have made in the thousands of pages I have posted. If you cannot find anything concrete then let us not accuse.

As for those who support my teachings I think they have been very patient (with rare exceptions) with name calling and accusations made at them. To display normal distaste for such behavior while calling someone on to examine their overreaction for something read between the lines is not hypocrisy. Comparing apples and oranges does not hypocrisy make. Hypocrisy is preaching apples and then not doing apples.

If we look for personality issues we can always find them. It’s time to look beyond the personality to the soul wherein true oneness lies.

All of us have faults and if we let even one of them get in the way of our vision then the oneness of the soul will be hidden from our view. If the personality issue comes at us so strongly that it smacks us in the face then let us acknowledge it, dismiss it and refocus.