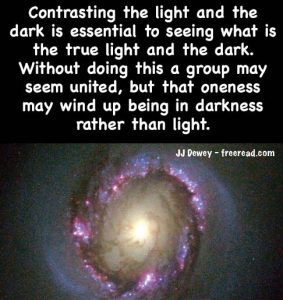 Unless otherwise defined we will use the normal dictionary definitions in this class. However, for some words, as we did with Principle and Law, for instance, we may create a more specific definition to facilitate communication.

For instance, one dictionary defines a Principle as “a basic truth.” That is in alignment with our discussion of principles, but it is not complete enough for us. Thus we sought for a more exact definition to use in our discussions.

There is no such thing as anyone owning truth. One can be the first, second or third within a group or race to present it, but I have not heard even the largest of egos making claim to owning truth.

As a teacher I take responsibility for my words which are put together in unique fashion, as are yours

If all things in creation originate from the principles in Purpose/Decision then where did the principle of Love come from and what is it? If you had to describe love by describing the Law of Love in words what would you write?

In other words, what would you say the primary Law of Love is?

Going back to the beginning we have the Purpose of God manifesting as the dualities which are magnetism (love) and radiation (light). All dualities are linked to this original duality.

It is as Alice A. Bailey said: “Both love and intelligence are effects of what is called the Will of God.” Discipleship in the New Age, Vol 2, Page 167

Will, which is closely related to Purpose lies beyond the dualities as we understand them.

Purpose was before Love and Light, but the manifestation of Love and the joy of Light is the reason all things came into being.

What is the primary Law of Love?

The key word is magnetism. The basic law could be worded as: “Magnetic force originates from a center that draws all things in the periphery to itself.

“Wherever there are two or more creations of God there will exist a magnetic force (or essential Love) which draws them together toward unity.”

Hence the attraction of the Sun to the earth is an aspect of Love as is the earth toward the moon.

But isn’t love supposed to be warm and fuzzy? Magnetism seems like such a lifeless word.

Not when you consider that life dwells with all things. When the earth responds to the gravity or magnetic power of the Sun it feels a pull through the power of love within it’s own consciousness just as you may through the attraction you have to a romantic partner.

The more vehicles in another that you feel the magnetic pull from the more you will love.

Many think they are in love when they find themselves attracted to the beautiful physical body of another.

But this same person will find himself even more in love and experiencing greater magnetic pull when the attraction extends to the emotional body and he wants to be close to those warm emotional feelings.

This attraction becomes greater still when one becomes infatuated with the mind of another. Maybe they share the same beliefs and ideas and the magnetic attraction now extends to three bodies of energy.

Finally when two people communicate from soul to soul there are spiritual feelings generated and a fourth pull, which is toward the spiritual, begins to surface.

The more spheres of relationship available to magnetic pull the greater the manifestation of love.

Love exists in all spheres and in all kingdoms, but manifests differently in the human because as a self conscious unit the human experiences an interplay between love and consciousness which creates feelings of peace and joy.

Love manifesting through consciousness produces the dominating good in the universe and gives impulse to all evolution.

Now let us move toward Light.

What is the principle behind light and name a law associated with it.

Next Question: What is the principle behind light and name a law associated with it?

“Light is that which reveals.”

What causes light to reveal?

Why is this the case? How can one in darkness perceive light?

This is such a vast subject that many things that could be written about the principle of light is true.

I will mention a couple core things.

The basic principle behind all creation and light itself is the wavelength. Light is a form of radiation – wavelengths increasing. Love is an aspect of magnetism – wavelengths merging, having interplay or coming together.

There are many laws associated with light. The fact that its speed in a vacuum is approximately 186,000 miles per second is one. A prime truth is that “There must be contrasts for light to manifest.”

The keyword for light is “revelation:” for light is that which reveals. You would not know the light is shining if there were no contrast.

Question: We can understand then that physical light is not realized without contrast. Does the same apply when we examine the spiritual light of understanding?”

Can spiritual light shine in the darkness and none can perceive? What provides the contrast so we can become “enlightened” through the higher light?

The answer to the first question is a definite yes. The same principle of contrast does apply to the light of understanding as it does to regular visible light.

Can spiritual light shine in the darkness and none can perceive?

Answer: Yes, if there are no contrasts available.

What provides the contrast so we can become “enlightened” through the higher light?

Answer: The mind can contrast one thought against another and come to logical conclusion that will shed “light.” But then the time comes that the contrasts made by the mind reach its limit and the mind then “slays the real.” Finally when soul contact is reached the mind becomes a reflector of the soul and the contrast between the higher light of soul and the lower light of mind creates enlightenment and understanding on the physical plane.

Do you have to be a prophet, guru or master to receive revelation or is it available to us all?

1 thought on “Light, Love and Contrast”