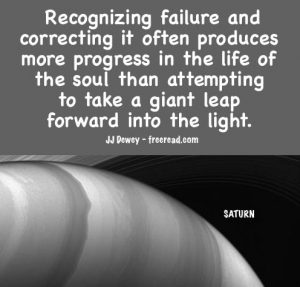 Question: “We have mentioned that there are times when decisions are made on the path of high resistance that may be wrong or even immoral by some standards. Nevertheless, it is a path we must all take sooner or later. How could it be that we can be making bad or wrong choices, yet still be doing the right thing from as higher point of view?”

Here was one interesting answer. “We gain clarity as to where the path really is by stepping off it into ‘bad’ or ‘wrong’ choices, and evaluating the consequences we find as a result.”

Let us pick someone who made some bad decisions while on the path of high resistance. Jane Fonda is a good example here. She protested the war in Vietnam which may have been well and good, but in the eyes of many she came close to treason by visiting North Vietnam and helping the enemy with propaganda. She also experimented with drugs, made several risqué films for the time and delved into unpopular philosophy.

What sets Jane apart from rabble rousers on the path of least resistance (who can also create controversy) is that she pursued her goals with a sincere desire of doing the right thing. In doing so she made many mistakes but also underwent a lot of transformation and growth.

Now, if she had to do it all over again she probably wouldn’t support North Vietnam and has and has a more balanced attitude. I give her this credit even though I disagree with her on numerous issues.

She is also against taking the drugs of her youth and is doing everything in her power to guide her children away from the mistake she made when she was young. Instead she has gone the opposite direction and is an initiate in fitness and health.

She switched from doing sleazy films to serious ones with serious issues that was of benefit to the world.

Her philosophy is becoming more tempered and she is learning a lot through her relationship with Ted Turner. She has suppressed her talents to remain in Turner’s shadow and her soul is trying to guide her toward correction here. The chances are that she will leave Turner and again take the limelight as an initiate. (Note from JJ in 2017: She did leave Turner and is still acting)

Jane’s dropping out of the limelight to be in Turner’s wing illustrates a temptation that besets all initiates and seekers. They are always tempted to set aside their quest of true service for some other worthy cause that neutralizes them.

Overall, Jane is a great example of one who entered the path of high resistance (as a child entering a playground) and created high resistance. Then, in the process of time, she learned many lessons and wound up giving much more to the world than she took from it. Then too she may yet have much more to give in this life and definitely has prepared herself for future lives of service.

She has learned to follow her path despite high resistance and criticism and this is more valuable in many ways than correct knowledge, for it leads to correct knowledge seen through the eyes of understanding.

Our conclusion is then that it is indeed true that a person can and will make many mistakes on the path of high resistance, but the experience gained (if the heart is pure) will lead to a higher vision of the truth.

It is interesting to note that many of the greatest teachers of the human race made many mistakes in their presentations of truth, but the Brotherhood of Light did not correct them. The reason they are not corrected is that the inner teachers realize that when the outward teacher discovers his mistake that an endowment of power and knowledge will come to him and he will eventually have more power to do good than if he was corrected at the time of the mistake. Imperfections in a teacher also force disciples to look back on their own souls when something from the teacher just doesn’t resonate correctly.

Thus I give you just one more reason to not trust me 100%, but if we both trust our souls harmony and agreement can always be reached.

Currently we are passing out of the Age of Pisces into Aquarius. During this Piscean age those who tread the path of high resistance did indeed encounter high resistance and many suffered persecution and death. During this passing age of sacrifice many of the disciples were like young Jane Fondas just blurting out their statement of faith, sometimes without level thinking of effect and repercussions. They have often followed their feelings, right or wrong, and got themselves killed or imprisoned and thus lost their effectiveness in their presentation of truth.

This is why a knowledge of the paths of least and high resistance is so necessary at this time. Through an understanding of the difference in energies as one goes from least to high resistance one may then control the resistance he will create.

Question: Do you think this is true? Can we enter the path of high resistance and control our words and actions so the resistance we create will not be so dangerous? How can we minimize the danger of high resistance so we do not get thrown to the lions again?