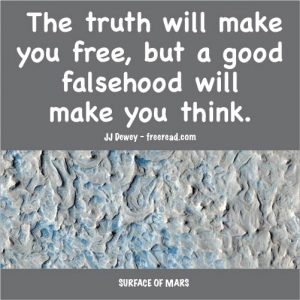 A member asks about Sanaka Kumara and his purported channelings through a medium.

Sanaka is never mentioned by Djwhal Khul but a few details are given by H. P. Blavatsky.

Sanat Kumara is the Ancient of Days. He works within a molecule of seven including himself. H P Blavatsky gives the names of these entities as follows: The Exoteric four are: Sanat-Kumara, Sananda, Sanaka, and Sanatana; and the esoteric three are: Sana, Kapila, and Sanat-sujata.

H.P. Blavatsky associates Sanaka with Michael, the archangel, representative of the Logos of Saturn.

Blavatsky hints that the name Sanaka and the above names of the Kumara are aliases and this is perhaps why Djwhal Khul does not use them when speaking of the Kumaras.

The Kumaras or archangel rarely appear or speak directly with humanity. When they do it is usually to initiate some great movement or change on the earth. For instance one of them appeared to Moses. The Kumara Gabriel appeared to Mary and later to Muhammad. Michael communicated with Joseph Smith.

The Kumaras do not use the channeling method known as direct voice. Anyone claiming this type of contact is either getting the communication from his subconscious or a tricky astral spirit. The information received may or may not be correct.

The residents of Shamballa, the Kumaras or archangels normally commune with the Masters through representatives known as divine contemplatives, or Nirmanakayas. The Masters then pass the knowledge down to humanity by various means, usually a type of telepathy called the “science of impression.”

Another reader asks about the Teaching of the Masters of the Far East.

This was one of the first metaphysical books I read and I found many teachings in them which were very good and they did much to stimulate me in my search.

Here is brief account of Spalding taken from the book, The Theosophical Masters by Brendan James French:

“One story, presented by Spalding’s associate, David Bruton, is that the first volume was authentic in so far as it was based on a manuscript given to his grandfather in India by a Master. In the manuscript, ‘He disclosed intimate details of Their daily lives, some clarification on religious thought and general information which They wished printed and made available for public consumption’. Bruton claimed that Baird Spalding had acquired the manuscript from his grandfather and used it as the basis for some classes he gave (presumably to Spiritualists, with whom he was closely involved).

“He further noted that only the first volume was based on the mysterious manuscript, and that the others were all extrapolations. While Bruton’s claim cannot be dismissed, it does tend to operate within a standard esoteric topos of the ‘mysterious tome’. What is known is that there is no evidence that Spalding himself visited India until 1935 (over 40 years after the events recorded in the first volume).”

A reader posts some predictions by a person who calls himself Sollog, a self proclaimed prophet with a growing following on the internet. Since I’ve never heard of this person and apparently he has been around a while and getting some attention I thought I would check him out.

He seems to claim to have predicted the death of every significant person, every great disaster and ever large earthquake for the last decade.

The main problem I have with this claim is that I could find little of the original wording of any of the prophesies.

I have found this to be the case with many psychics. They will claim to have predicted a certain event and then when you read the original prophecy it is found to be so vague that it is a stretch of the imagination to make the connection.

Sollog claims to have predicted the 911 disaster, for instance. I couldn’t find the original prophecy on this. All I could find was a writer referring to the wording in an interview with Sollog. He stated: “Your 902 Prophecy stated September 1997 was the key date for the BIG BANG IN THE BIG BUILDING in New York City, why did you miss the year?”

So apparently he made a prediction of a “big bang” in a “big building” (not two buildings) for September 1997. Because of this vague statement he takes credit for accurately predicting the 911 disaster.

From what I can gather he attempts to emulate Nostradamus in writing his predictions with symbology. The trouble with this method as illustrated by the writings of Nostradamus is that after an event most any tragedy can be associated with one of many predictions. The strange thing is that no one has been able to use Nostradamus to accurately predict the future. In my lifetime I have seen about a hundred attempts and not one success.

It is possible that Sollog has some psychic ability which can cause him to come close to making accurate predictions now and then, but he has not been close to 100% accuracy in the past, nor will he be in the future.

He seems to be getting a little bolder and is making some specific predictions such as:

My guess is that a fairly large earthquake or two will occur in the first six months of 2002, but not on the dates predicted, and he will claim this fulfills his prediction.

(Note from 2020: In the first 6 months of 2002 there were six earthquakes throughout the world measuring 7.0 or higher but none on the dates he predicted)

He predicts that nuclear explosions will soon occur, first in Israel, then in the Vatican and finally Washington D C. Unfortunately, this is a real possibility, but I would be surprised if they occur in this order. There is also a strong possibility that the diligence we are showing in confronting terrorism will prevent this from happening.

(Note from 2020: Fortunately after two decades this prediction did not come true)

I have several concerns about Sollog.

His real name is John Patrick Ennis but he often gives himself titles that indicate he is God.

One of the pillars of his philosophy is that we have no free will.

He believes Jesus is the devil and has little good to say about his life or beautiful teachings.

He attempts to convince us he is correct through “signs” rather than touching our souls. “A wicked and adulterous generation seeketh a sign” as Jesus said.

He lives a life of luxury as much as possible – $1500 shoes for example.

He is reported to have threatened some who have disagreed with him.

All his predictions are centered on doom such as death, disaster, earthquakes etc. Surely there are some good things in our future.

Now that we are aware of him we can keep track of some of his prophesies and see what kind of track record he establishes.