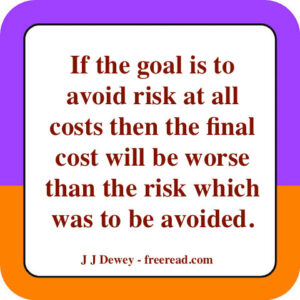 The second point we made is that you can fall in love with anyone. In other words, you can pull energy out of anyone if they’re willing to give it. All you need to do is to have a willingness of sharing energy and you can be a soul mate with anyone in the universe, if there is willingness on both sides to cooperate. You can take someone you just met.

Andy is in love with a beautiful woman back home, but if he decides Lorraine is hot and he lets down all the barriers and forgets about his wife, all of a sudden Lorraine is really something. If you let down the barriers and Lorraine shares with you and you share with her it feels really great. It would feel like no harm was done except Belema (Andy’s wife) would be sitting at home thinking, “I’m picking up something strange. What’s Andy up to?” She may not even say anything when you got home thinking it was silly of her to feel jealous.

The point is that if you dropped all of your attachments to anyone that you love romantically, immediately place them on a new person, and the other person is willing, and you overlook their personality, you’d feel like soul mates.

Artie and I have a lot in common. We think alike on a lot of areas. We have a lot of the same interests and like to kick back in the same way. That helps a lot. Of course, there is a lot she has to overlook in me. Common interests help a lot because you don’t have so much to overlook. When you do have a problem, you’ll realize the problem is little compared to what can be gained by overlooking it. If there are a lot of personality problems and a lot to overlook it becomes a lot harder. Then it requires a force of will to overlook the problems that can occur.

You can use that force of will to fall in love with anyone of an opposite polarity and share romantic energy. We feel a certain person is a soul mate because then we meet them, they will often say such nice things about us that we can only see their souls and we open up to them and experience that falling in love feeling. That falling in love feeling is releasing all the attachments to the personality, looking on the soul and yielding to the opposite polarity.

Audience: I’m having trouble formulating this question. You’re talking about spiritual and romantic love. I have a problem understanding it from a male point of view. I have an idea of what romantic love is and you’ve explained some of that. I have an idea of what spiritual love is. But women have explained to me is that when they have an orgasm a great number of them have this spiritual experience. I’m sorry but I don’t have that spiritual experience. I hear it’s an out of body experience, I hear these names invoked.

Audience continued: It’s just not that spiritual for me. I have an idea of spiritual love. I love a person’s soul; we say the song together. But then there’s this other part where they’re having this spiritual experience. So, this woman has this experience that’s far greater than mine and I’m hoping essentially to ride the waves. Do you have anything to add to this?

JJ: When the male and female are in perfect rapport, they can share each other’s experiences. If you tune into her and she’s having a spiritual experience, you can have it with her, if you’re sensitive enough. Men are kind of callused that way at times. Women tune in to us in that way easier than males tune into them. The males need to let down the walls somewhat.

Audience: Is there some exercise I can do for that??? Somebody help me out here.

Audience: I’m not about to write a dummies guide to whatever you’re asking but I will tell you that it’s possible.

Anyway, the romantic energy is a different energy. It’s awkward to call one spiritual and the other not spiritual because all is spiritual from a higher point of view. But the main point is that there are two kinds of energy. Sharing one is very tricky. Sharing the other is very easy, like sharing your lunch or secretary.

Audience: What’s the first key? So far there have been three keys. The first is decision and as far as the percentage of energy going to your partner or the lack of it if you’re sharing it with someone else. So what is the first key? If a person is at fault, when they say, “I do” they’re exercising the first key, decision. As a human being, what percentage of your mindset is behind that decision?

JJ: That’s a good point. After you marry or commit maybe you discover you’ve been hurt several times in the past and even though you’re marrying this person you’re giving them only 70% of your romantic energy. You’re holding 30% on reserve keeping a backdoor for yourself in case it doesn’t work out. You don’t want the full-blown hurt of giving your all in a relationship. Many people are that way. Few people give the actual 100% at the time they’re married. It works up to that over time in learning to trust. It takes a lot of trust to give 100% of yourself.

My outlook has always been this. I might as well give 100% because I can only be hurt so much anyway. They can hurt you as much as they want but you will still survive so you might as well risk everything in a chance to get everything. That’s the only way you’re going to get it.

Normally, we find that one person gives maybe 70% and the other gives 90%. So the female giving 90% is experiencing a partial vacuum. She’s having 20% of her energy bounce off into the universe so she feels out of balance. She knows he’s not having an affair so she’s not worried that way but he’s still not giving her everything she needs. She can’t quite figure it out or how to get it. She maybe just doesn’t understand that he has fears about giving everything. Maybe he’s too macho to give everything yet he has his reasons behind it.

It’s pretty complicated. A lot of things enter in to prevent an equal sharing. There are other relationships where they each give 70% and they’re content. The relationship isn’t really on fire because they’re keeping 30% within themselves. They feel balanced. They’re the type like the yuppie couple with the house and dog and they don’t argue much. Their relationship is a little flat, but they accept it. The balance is there but not the fire or depth that could be there. They may not even realize there could be more depth of emotional sharing. The ideal relationship is when both people give 100%. Then there will be fire. There will be depth. There will be intensity of feeling and a lot of joy to be had in each other’s company.

Audience: The whole thing behind decision is being self-aware. How many kids between 19 and 30 are self-aware enough to understand decision when they say, “I do.” This is the whole key. It’s being self-aware so that when you make a decision that’s where it stands. Then the secretary will not be a problem.

JJ: Some people enter into it 60-70% committed then it rises to 90 but then it may drop back to 60-70 once they start seeing all the faults. We’re going to do an exercise to demonstrate this. We did it at another gathering. I think it was the McCall gathering. What we’ll do is we will concentrate on sharing spiritual energy with each other, not emotional energy. That’s too dangerous. We’re going to share spiritual energy. We’re going to concentrate on looking beyond the personality. This should be easy to do since a lot of people here don’t know other people very well. Since you don’t know the other people too well it’s easy to overlook anything wrong because you aren’t aware of it. I’m aware of Artie’s faults so when I look at her I’ll overlook those. It isn’t very much, of course. I’ll see the Christ within her. Look at each other’s eyes. Eyes are the windows to the soul.

JJ talking into Artie’s eyes: “I share my spiritual energy with you through the pure love of Christ. You and I are one.” Now say it back to me.

Artie: I share my spiritual energy with you through the pure love of Christ. You and I are one.

JJ: Then give a hug or some sharing. Now, do that with every person in the room. No, let’s do it with twelve people since there are so many people here and it’s too many to do it with everyone. Get together in groups of twelve and do this then we’ll meet back here.