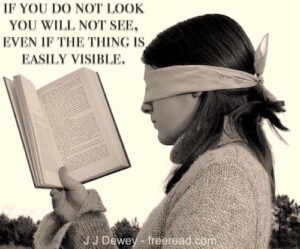 Audience: If we are all potential soul mates why do we have to deal with so many conflicts?

Sometimes one might meet a person such as an ax murderer or something, but he comes off very charming and the person falls in love with him because he has not revealed anything negative about himself. Many who are scammers like these guys we read about that pretend they fall in love with these rich women and the rich women, because he flatters them all the time, they fall in love with him. He takes her money then moves on to the next one. There are schemers like this.

JJ: You can do look past the personality with anyone. Remember when Jesus was on the cross and said, “Father forgive them for they know not what they do.” These guys were showing a lot of personality. They condemned Him, they spit on Him, they whipped Him and they cursed at Him but He didn’t see any of that. He looked only on their souls. How was He able to do that? He focused. He put His attention on it. It doesn’t happen by accident. It has to be through putting your attention on it. If you’re with a woman like that Throw Momma from the Train lady, that seems to have no redeeming value at all, you can even do that with her. Put all of her personality out of your mind, look on her soul and you can have a feeling of love towards her. That’s the secret of being able to love anyone. Focused attention. It doesn’t happen by accident though. It happens through the force of will, by willing yourself to put attention beyond the personality. So if someone offends you, don’t put any attention on the offense. Put your attention only on their souls.

I remember when I was living at the fire station up in Northern Idaho when I was going to college. This friend of mine kept doing these really crazy things for about a week. It was a little irritating but I thought he probably didn’t mean anything. I ignored him until he came to me and said, “Do you know what I’ve been trying to do? I never see you get mad at anybody so I’ve been trying to irritate you all week long. You keep ignoring me so now it’s irritating me!”

My wife understands me in this way that people can do real crazy stuff around me and I don’t notice. I’m kind of oblivious anyway. (laughter) I don’t notice her new hairstyles until she asks.

I thought it was funny that he was trying to irritate me for a week and I hardly noticed that he was doing anything. On the other hand, we can often catch ourselves noticing very small insignificant things about the other person. We can fall in love with someone and they can do no wrong until you’ve been married two or three months and the hot sex isn’t quite as hot anymore and the person starts to do irritating things. He doesn’t clean up after himself or brush his teeth enough. You start noticing these things and when you notice these things it takes your attention away from the soul.

By the time you’re married to this guy about a year he’s become the most irritating person in the entire world. Then you wonder why you fell in love with him when he has so many little problems. The person doesn’t realize they can go right back to where they were before by overlooking the personality and shifting attention back to the soul. This is what a good marriage counselor will do; try to shift attention away from the little irritating things. Often it can be very small things that destroy a relationship and take attention off the soul onto the personality. It doesn’t matter who it is.

Phillip could fall in love with any female in this room. The females are a lot easier for Phillip to fall in love with because he had a positive male energy charge and they have a negative female charge. So as far as romantic energy you need to fall in love with someone who has a charge opposite but similar to your own. With gay couples, one will have a little different charge than the other person. One will be male in the relationship and the other will be female even if both of them are female or male. As far as energy goes in any relationship there is a male and female energy, sending and receiving. As far as romantic energy goes, you’re capable of falling in love with anyone. So Phillip is a young guy. He may look at Dee who is a little older and say,” She’s too old for me.” So that rules it out because he’s looking on the personality. He’s not looking at the young beauty underneath.

JJ: I didn’t mean to insinuate that’s the only reason behind relationships but this is one of the advantages of sex and one of the reasons God made sex as pleasurable as it is. When two people are engaged in sex and it’s enjoyable, can they think of anything negative about the other person? It’s almost impossible. During sex you can only think about loving the other person. This is one of reasons sex is made the way it is because it forces us to put attention beyond the personality.

Going along with this is an interesting Bible reference. It says, “This is eternal life that they should know God.” It also says, “Adam knew Eve and begat Abel.” The word ‘know’ is the word for sex in the Bible and the word ‘know’ is used for knowing God. This is eternal life that you should have sex with God. So sex opens us up so that we can only be extremely positive just as when you feel the Holy Spirit you can only feel positive toward God. If you ever feel the Holy Spirit you will not look up at the sky and say, “God, why did you curse me this way?” You’ll feel so positive that you can’t think of anything negative to say about God. If sex is pleasurable you cannot think of anything negative about your companion. Unless the lights are on. (laughter)